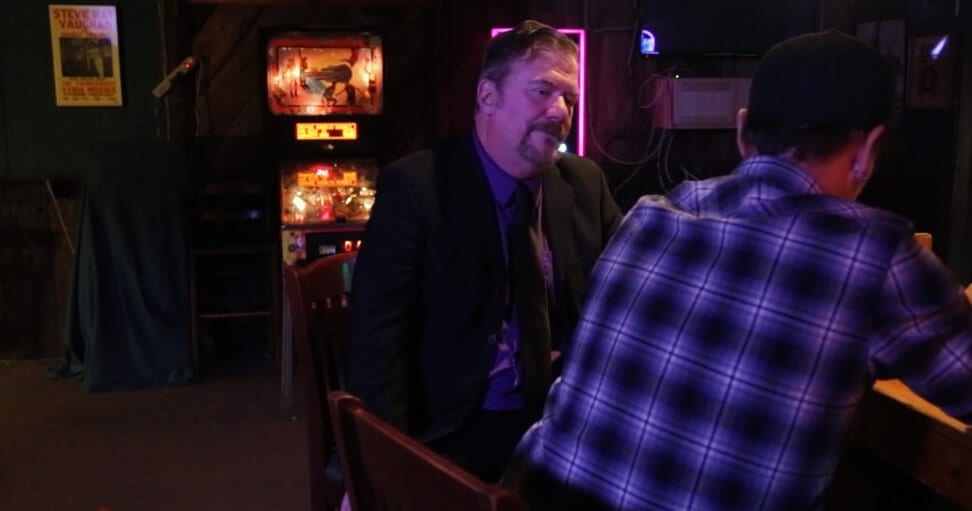 Filmed in its nativity of Charlotte, North Carolina; ‘Closing Time’ is a 19:53 minutes long film on two strangers meeting unexpectedly at an old 80’s dive bar. ‘Johnny Dollars: A sports bar and saloon’ unveils the closing shift of Jerry Faulk (Kevin Helms), who plays the bartender. He is greeted by the last request for the finest whiskey on the shelf by Michael (Patrick G. Keenan), a businessman on the move. Directed by Adam York, the film draws on the surprising conversation that ensues between the two that is as unsuspecting as it is surprising!

Two strangers striking a conversation across a counter isn’t an unexplored theme, but to York’s credit, the narrative is anything but familiar. As Jerry serves the finest liquor from his father’s private stock, the conversation begins to flow. Michael hints at the disdain he has for his profession, while Jerry listens intently to the stranger as the talk veers onto more personal grounds. Their shared morose on the essence of work and personal responsibilities coerces them to acknowledge their similar circumstances. 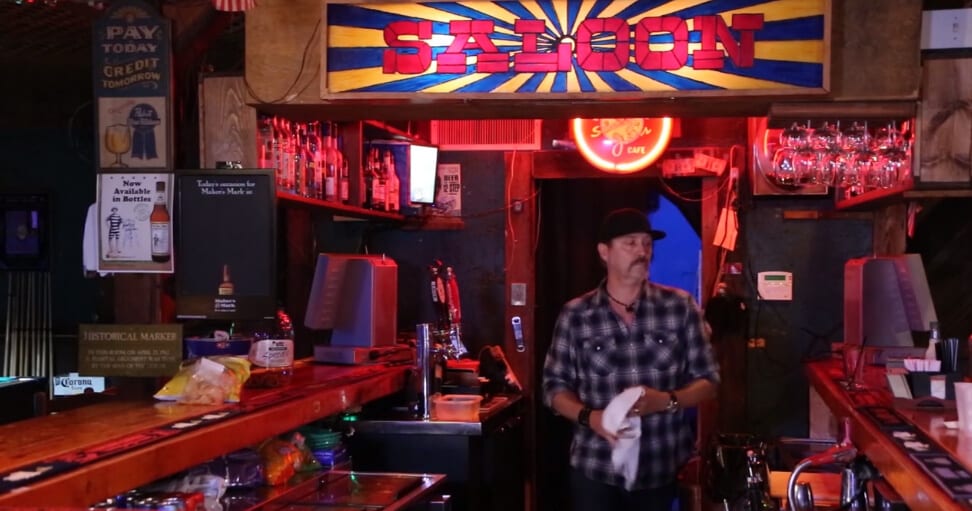 Jerry clarifies his commitment to the business, as it supports him to “pay the bills”, and throws a proverbial dart at the capitalistic pond he’s subjected to. Admiring his attitude, Michael allows him to express his idyllic past; as the film lingers on their ongoing dialogue. The growing comfort encourages Jerry to extend an invite to Michael on his next visit to town. But, with Michael declining the offer, the plot gets its unsuspecting twist. You then begin to wonder at the nature of the conversation had thus far, the subtle hints drawn and the constant hang in the air that remained unshakeable.

The location exhibits an inherited aesthetic to its interior design with an ambience of folk-laced garage rock. Written and produced by Dave Harlequin, the film showcases events true to its uncanny screenplay and atmosphere. The simple character establishment, coupled with great performances by Keenan and Helms, explore the emotions felt from a challenging career and the push-pull of complex relationships. The audio cues and sound effects radiate chilling tones to display Jerry’s grip on reality or lack thereof. Brad Lafrazia’s background score wonderfully supports the plotline of the film, while cinematographer and Editor Matthew Ketcham ensure that the film doesn’t lose its pace even for a moment. 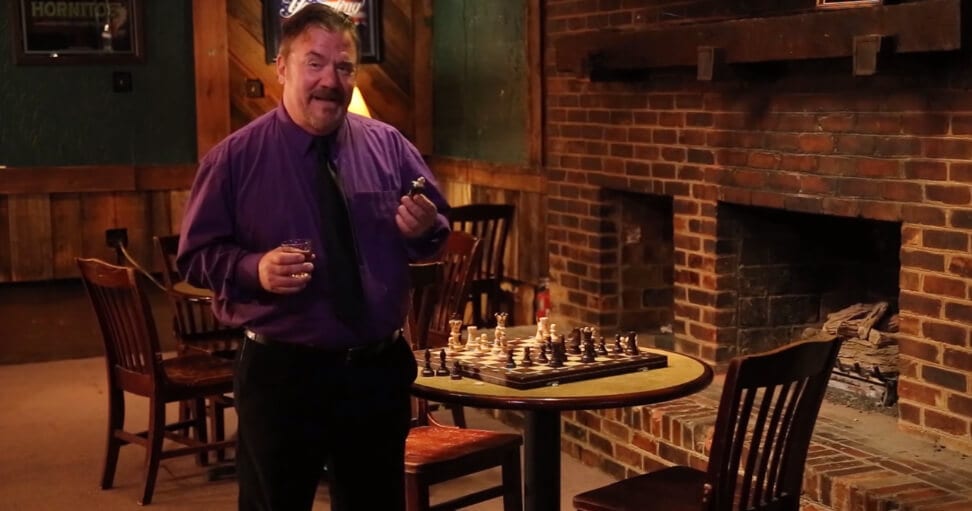 York masterfully creates a story that cruises along the most familiar and yet rarely discussed topics. With convincing performances and a watertight screenplay, rest assured, ‘Closing Time’ is hard-hitting and yet subtle, seemingly familiar and yet what you’d least expect from a film set in a bar with two random men conversing over drinks!