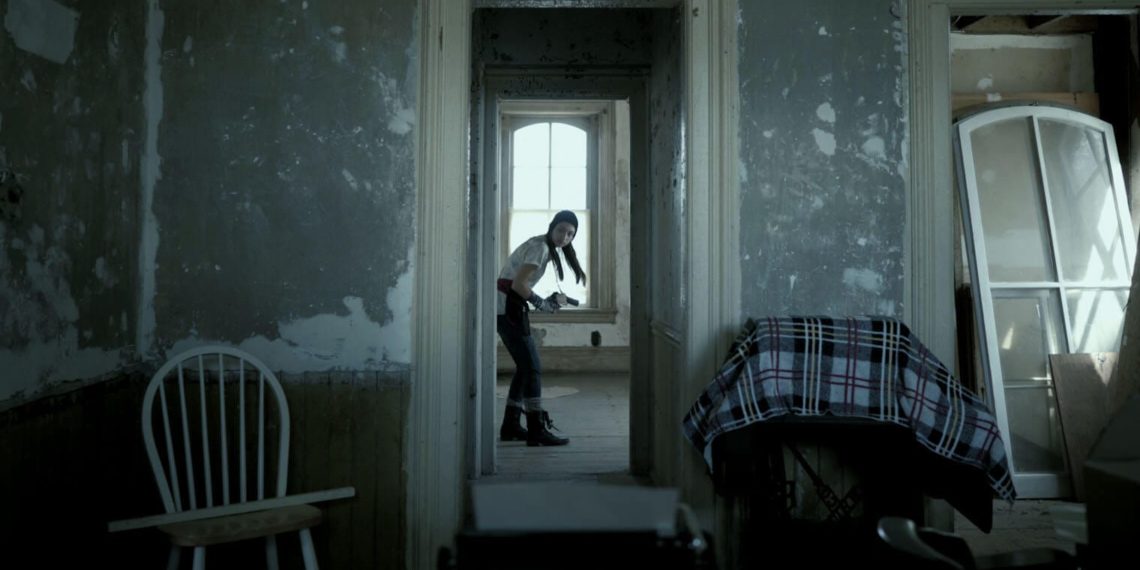 “In the sweat of thy face shalt thou eat bread, till thou return unto the ground; for out of it was thou taken: for dust thou art, and unto dust shalt thou return”.

Taken from the biblical text, (Genesis 3:19) it means – From ashes we came and to ashes we must return. Life and Death are, after all, two sides of the same coin. But one question remains unanswered: What comes after ashes? – A question that haunts believers of most faiths and a subject that encompasses this film’s premise. At 14:59 minutes, the film starts off with our protagonist escaping from the zombies’ attack, holding onto dear life, she finds death staring right back at her.

The portrayal of death, as always remains inspired by medieval paintings & plays. Here too, it’s depicted as a cloak wearing, scythe-carrying figure of terror. He (death), however, feels obsolete now, for there is none he spared. And ha now developed distaste for it. It’s interesting how by simply adding layers to the character, even a figure of abject horror can be humanized. Mankind has faced extinction from a rare plague that has left humans mindless in ‘After Ashes’. Kali Kaminski, the lone survivor finds herself in the company of Death as she battles each day to survive and the two converse leading to an interesting, unique and strangely satisfying narrative to the film.

Generally, films exploring themes on death involve remorse, guilt and sorrow. Surprisingly, this film doesn’t follow in those footsteps and tries a refreshing storyline that easily puts it above the rest in its genre. The script manages to draw out shrouded sentiments and even soul-stirring moments. It isn’t without its share of faults but manages to pick itself up quickly. Regardless of the few stains of imperfection, there’s so much that’s finely executed in this movie, directed by Jesse McAnally that its pure delight to watch, and not just for zombie lovers. The performances are real and engages the audience. Kali Kaminski, played by Miranda Moffat brings vulnerability to her character that’s fascinating to watch. Perry Devon Quarker Jr. (Death)  does a great job of punctuating the scenes with his quirky wonderment combined with flashes of icy darkness that is traditional to the character of death. The visual effects in the film look professional and acceptable despite the general constraints of a short film. The music is edgy and befitting the gloomy setting of the film.

‘After Ashes’ surrounds itself with those poignant fantasies that are minutely flawed, slightly surreal and immensely enjoyable to watch. When Death confronts Kali Kaminski, he meets in her the first of her kind, the fearless. What purpose does fear serve to the one who doesn’t acknowledge it? ‘After Ashes’ explores that and more…