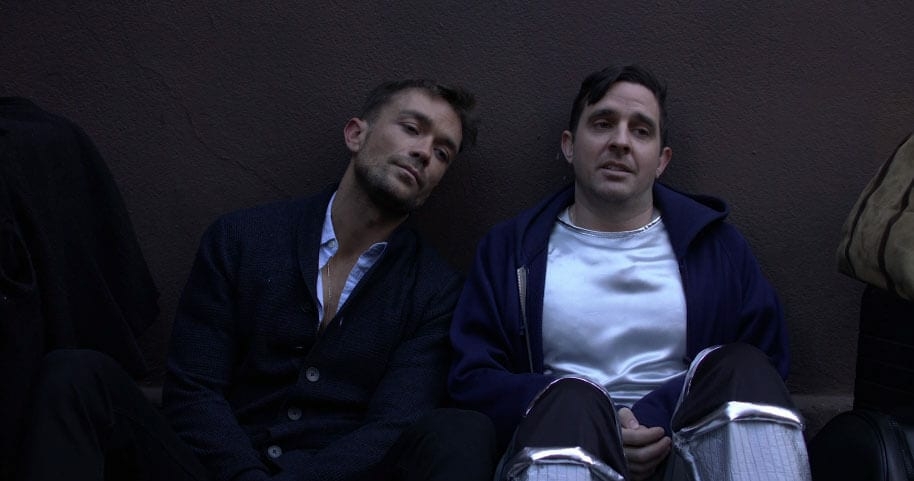 At 12:57 minutes, this short film by Emrhys Cooper is a pure revelation! It centres on James (also played by Emrhys Cooper), whose care-a-damn attitude is complemented with a luxuriously sponsored lifestyle that has left him with little to do besides frolic and booze. The film navigates its narrative by focusing on James and his relations, be they with his friend Andy (Anthony Johnston) or live-in benefactor Mark (Gerald McCullouch). Writer Anthony Johnston doesn’t waste time in sketching his characters. It’s evident right from the first frame that we have a narcissist whose only validation is his social media accounts. But, what happens to him once life hacks him of his lifestyle is what the film explores!

Director Emrhys Cooper smartly maintains the pace of the film. He delves straight into the character’s arch, showcasing his best acting prowess. Even with the film being just around 13 minutes long in duration, you instantly invest in the characters, as if already knowing their backstory. This feat is achievable thanks to a watertight script.

Add to that, the convincing performances by all actors namely, Emrhys Cooper as James, Anthony Johnston as Andy & Gerald McCullouch as Mark simply make the characters relatable, even if not likeable. McCullouch, despite his minuscule screen presence, brings to screen the much-needed maturity required to sustain a character of his stature. Johnston with his nuanced performance adds layers to an otherwise simple character whose emotional depth is as questionable as James’s. But, it’s Cooper who steals the limelight. With impeccable dialogue delivery, amazing body language and performance, he consumes the screen every time he faces the camera.

The background score and the track ‘Beautiful Boy’ by Cameron Edward Neilson are undoubtedly some of the best highlights of the film. The groovy numbers added absorbs one into the narration like none other. Christian Suau’s editing and Benjamin J Murray’s cinematography are done with such finesse that they never let a scene falter. In short, the crew and cast have ensured ‘Trophy Boy’ to be their best effort.

Cooper & Johnston who shoulder the responsibility as the director and co-writers have woven such a compelling tale for the millennials that it’s hard not to be affected! The dialogues and characters are relatable, the storytelling is as effortless as the performances and the background score is complimentary. Without giving away much, the climax is a pure masterpiece in terms of both, acting and story.

The dark, haunting depth attained in performance and narration makes ‘Trophy Boy’ worth a watch!