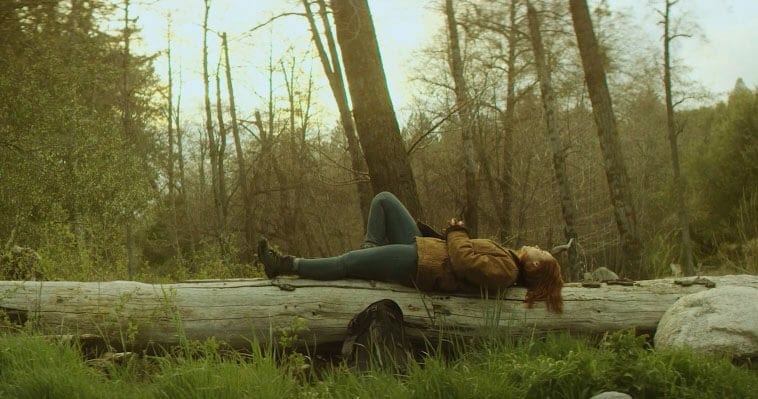 Written by David Beatty, ‘The Human Project’ is a 12:38 minutes’ in duration short on two siblings and their fractured bond. The siblings are born 13 years apart and now struggle to connect to one and another as adults. Directed by K. Spencer Jones, who also happens to be the editor of the film, ‘The Human Project’ explores the intricacies and complexities of human relationships; and the best part is, it’s neither philosophical nor rhetorical. It allows you instead to form your own opinion and leaves behind plenty of takeaways.

Chelsea Alden plays Frances, the one with a hint of rebellion in her and David Beatty plays Marcus, her much older brother who works for the NASA in the capacity of a scientist working on the continuation of the Voyager project that started the 70s’. She is quite chuffed of him, there’s enough reference to it in her mentioning. She perceives him as a poet-scientist whose endeavour to define the human race intrigues her as much as it baffles.

Marcus, on the other hand, is the quintessential elder brother with the patronizing and distant demeanour. Beatty’s characters are well written and enacted as well. The anger that explodes into a rage, the rage that gives way to grief and the grief that ultimately binds them together is well captured in the scenes involving the siblings. Although they are both shown to be miles away from one another and their conversations strictly on phone, the closeness is hard to miss.

One of the most tragic incidents of their lives results into a shared grief and mutual understanding, however, there’s plenty of resentment towards one another until they realize that it’s their pain talking and not the hatred that they occasionally spew at one another. K. Spencer Jones knows the human relations well, he understands their layers well enough to elucidate it in the film. When the siblings adamantly refuse to listen to one another, it’s so believable even to the ones who don’t have any siblings, it’s that authentic!

When Frances places that call from Pritchett in Colorado, little does the brother realize the significance of the place but once it dawns on him, he is quick to realize that a research on the human relations and nature is far easier than being true to living it.

Travis Warner & Mike Schuppan’s music complements the narrative well and Kevin Garrison’s cinematography does justice to the scenic beauty of the location whilst effortlessly capturing Marcus’ darkened existence in a closed room. The editing is neat, swiftly combining the distant phone call into a dinner table conversation, thus making it real.

‘The Human Project’ is a testament that human bonds are far more complex than any bonds found within the confines of a science lab.