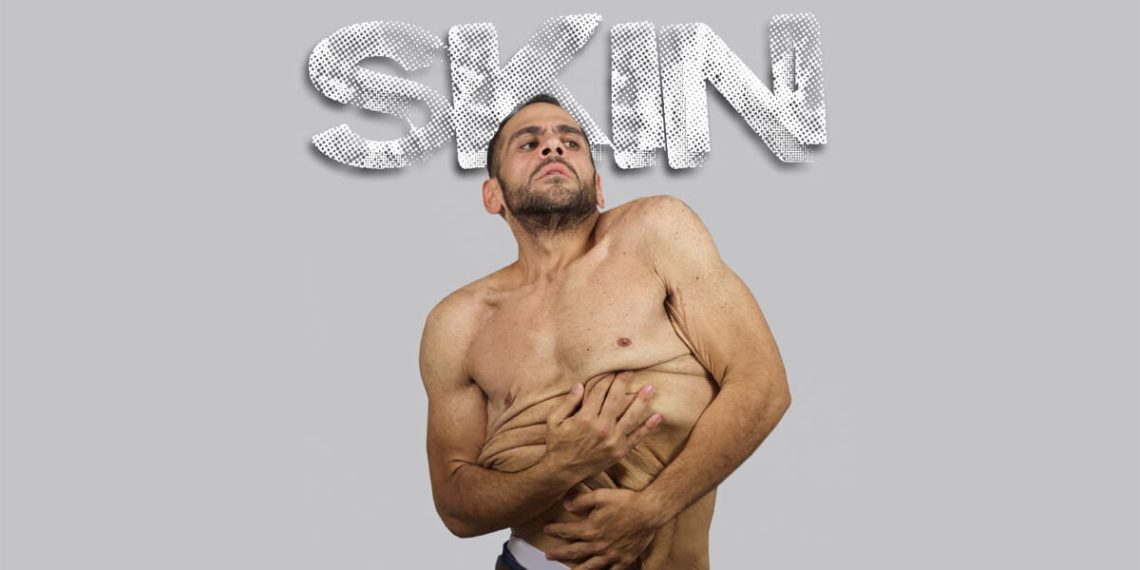 Written by Dominic Colón, ‘Skin’ is a 10:33 minutes’ long film on body image issues. But, what sets this short apart from its contemporaries is the parallel themes undertaken in the narrative, adding a quirky, even comical twist to the turn of events.

Santos, played by Dominic Colón once weighed 400 pounds. Today, after losing 200 pounds, he isn’t the confident chap you’d expect him to be. His partner Xavier (Joel Perez) who dotes on him has to bear the brunt of it. Santos’s inability to get intimate with his partner without his shirt has been fracturing their otherwise very understanding and loving relationship. And whilst Xavier has been trying to accept the situation and understand him, it’s reached a point where he longs for the old times before Santos lost his weight and confidence.

Body image issues plague countless and don’t necessarily rear its head in the confines of a dimly lit bedroom. But, in Santo’s case, his T-shirt has become his crutch and that too one that he refuses to let go. Having an understanding partner is one thing, but driving that person up the wall another. We see glimpses of his former self in framed images, so we know where he is coming from. But, ‘Skin’ deals with where he is going.

Co-directed by Dominic Colón & Sebastian Rea, the film follows Santos as he with the help of his friend Chucky (Elliott Velez) decides to take matters into his own hands. What ensues is an experience worth revelling in. The duo tries yoga and other unconventional techniques and what we have for ourselves is a joyride of two who are left with no inhibitions to shed.

One fine day when Xavier returns from work, he is in for surprise. ‘Skin’ is a telling of their intimate moment. The complexity of body image issues, insecurity and low self-esteem are beautifully adapted into this narrative. Additionally, Sonia Gonzalez-Martinez’s editing makes it easy to watch rendering it an effective pace. And, Mikhail Torich’s cinematography seizes the frames with tenderness and warmth.

‘Skin’ is a worthwhile ride, for the humour, the affection, the love, the complexity of it all and an issue that plagues minds more than bodies.