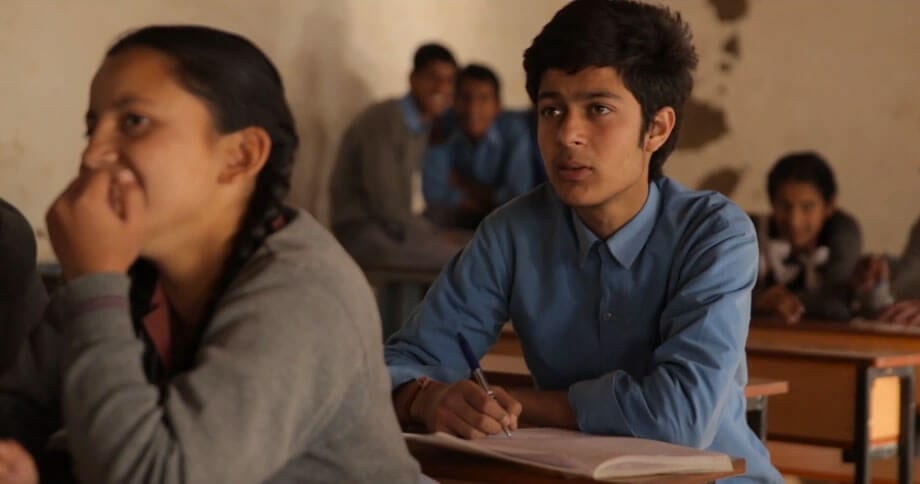 Written & directed by Siddharth Chauhan, ‘Pashi’ is a bilingual (Hindi & Paharai) short film of 31:33 minutes. It’s set against the backdrop of a quaint village in Shimla and follows the events of a family. When a traveller joins them in the inn, he sets in motion an irreversible journey of secrets, lies and betrayals. ‘Pashi’ is the drama that unfolds within this household and leaves an impact beyond it.

The film opens to the striking locale of the hills in Shimla. Peppered with pine trees, the frame transports you to the world of ‘Pashi’. In comes, Kamayani Bisht who plays the mother, accompanied by the sound of bells as she walks the familiar path to her home. Chauhan doesn’t waste time introducing his characters. Within minutes it’s revealed that the mother uses sign language, has a son (Ashish played by Chetan Kanwar) and the traveller is John Negi. Yashwant Sharma & Siddharth Chauhan’s cinematography is interesting. They stop themselves from getting the better of them in terms of exploiting the beautiful place the film is set in. Instead, they let their camera wander into the bylanes, the alleys and the naturally lit rooms of the inn.

‘Pashi’ which refers to the ancient technique of trap setting plays heavily in the background as a devious subtext. While Ashish learns the trick to this well-known craft, there comes a point when you wonder who the hunter is and who the prey. When Ashish notices Negi, the later stirs in him emotions he is unable to fathom. As the film progresses, the camera becomes the eyes of the characters and we begin seeing the world they inhabit. With Himanshu Hirwani’s VFX, it’s not just the reality of the characters’ lives, but also their fantasies that we begin to cohabit.

As the grandmother (Savitri Devi Sunta) teaches Ashish advanced forms of Pashi, the film dangerously transverses into the world of Ashish where reality and fantasy make for a deadly mix. Chauhan brings out the rawness of his characters with stellar performances from Kanwar & Negi. Prabir Sekhri’s music and score also capitalize on the narrative, never outmanoeuvring it and only subtly nudging it. Editors Isha Sharma & Siddharth Chauhan helps navigate the pace until it reaches its crescendo.

What makes ‘Pashi’ a standout are the characters and the portrayal of their inner turmoil. The cinematography that doesn’t lose itself in the picturesque locations or the music that doesn’t try to oversell the narrative are all factors that make this film brilliant. Everything is subtle in ‘Pashi’ and yet the story essentially is gripping, moving and unsettling even. When fantasies are forced into reality, the hunter becomes the hunted and you wonder who the trap was set for in the first place. With aesthetic shots of the intimate scenes, VFX to support the dream sequences and alternate use of wide-angle shots and hand-held camera sequences; the film assaults you with the stark portrayal of reality and fantasy.

At the climax when the unexpected dynamics of an unknown relationship are revealed, you’re unprepared for it, add to that, the sublime reactions given, be it in single shots or oners, the cast manages to scar you like none other. ‘Pashi’ is the naked truth of relationships, of fantasies and dreams and of life in itself and its superlative experiences that alter the journey for those who have lived it.