‘Le Linceul’ Horrifyingly Reminds You To Never Play With The Dead! 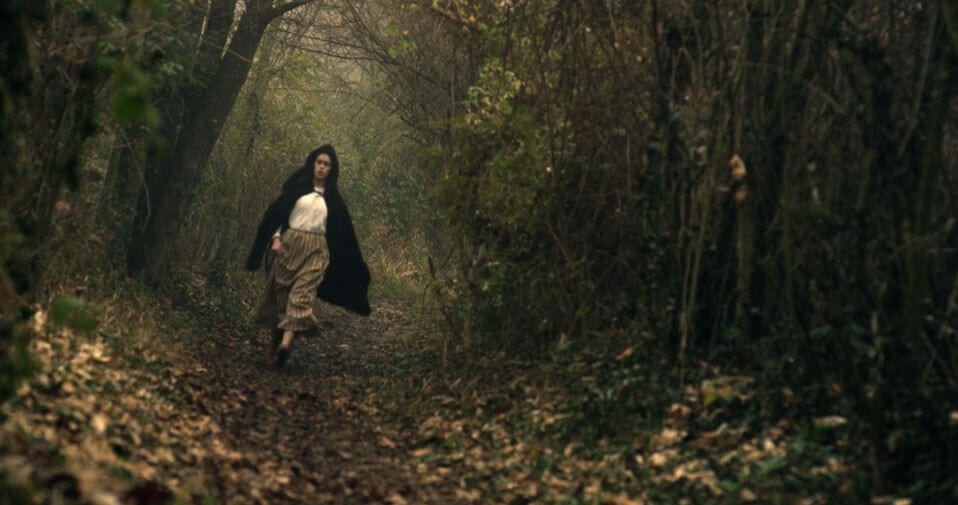 It’s the 1920s’ & there’s a deathly calm to the air in Brittany. Katic (Julia Gratens) is oblivious to it as she pokes around with her cards. Her uncle Yaneal (Damien Boisseau) is clearly not amused with her antics and needs to be bitterly reminded by his wife Adenora (Anne-Hélène Orvelin) as to why she is with them in the first place. Writer/Director Marie Vandelannoote’s ‘Le Linceul’ at 29:55 minutes’ in duration centres on this family and their lives in a small, northwestern province of France.

The premise to these characters is set in a beautiful but isolated inn, located close to a graveyard. The characters share the house but not its sentiments. Katic’s aunt is a God-fearing, devout woman who is submissive and accommodating. Yaneal, on the other hand, is less sympathetic, easily irritable and sceptical. Katic remains the wonderful amalgamation of these characters, a little lost, rebellious and daring. The dynamics and chemistry between these characters are well explored in Vandelannoote’s writing. The conversations between them dropping hints into their backgrounds, Vandelannoote ensures that you grow with the characters as you see their arches develop. 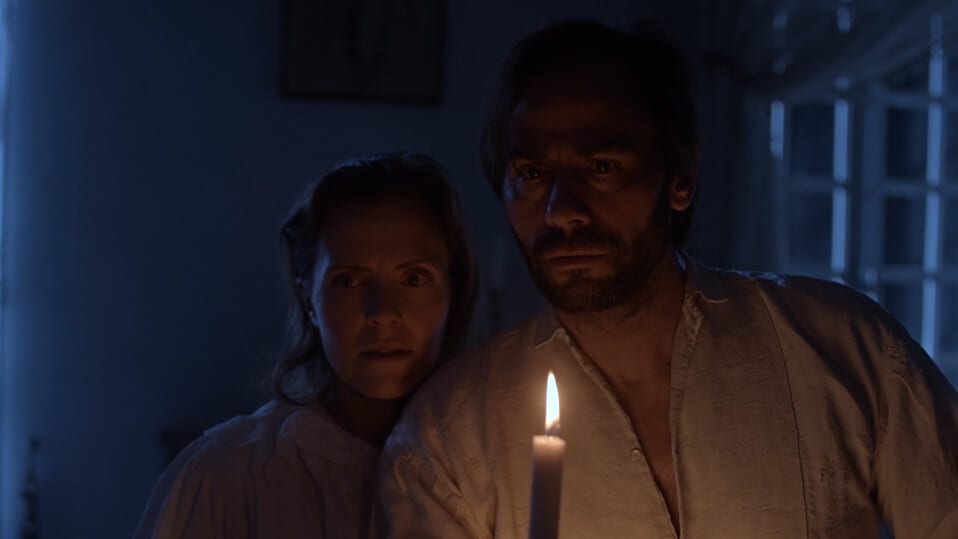 When two of Yaneal’s friends join them in the night for a regular round of poker, conversations turn to challenges and bets are placed. At a time and place where the lines between myths and facts are blurred, superstitions become the gospel truth and fantasies and realities merge to make the living dead and at times the dead living. Vandelannoote’s film follows the event of one such night in Yaneal’s household where the truth becomes questioned and superstitions come to be taken seriously. When Katic accepts the challenge to take three rounds in the graveyard all by herself as if it were broad daylight, the men coerce her, whilst her aunt warns her. ‘Le Linceul’ is the story of what happens thereafter.

Literally translating to ‘The Shroud’ in English, ‘Le Linceul’ follows the events from that grave, when Katic picks a shroud, presuming it to be a prank pulled by her uncle and his friends. We quickly realizes how wrong she is! When the contemporary films of this genre follow the gory display of blood and violence, infused with shrieks, ‘Le Linceul’ relies on the traditional storytelling. Margaux Magis’s spectacular cinematography seizes the haunting images of the deserted back alleys and graveyards. The camera gives languid visuals of the woods and a forlorn house in the waiting. Matthieu Lechowski’s music is so apt for this horror, that it builds in the suspense, preparing for the kill and its aftermath. 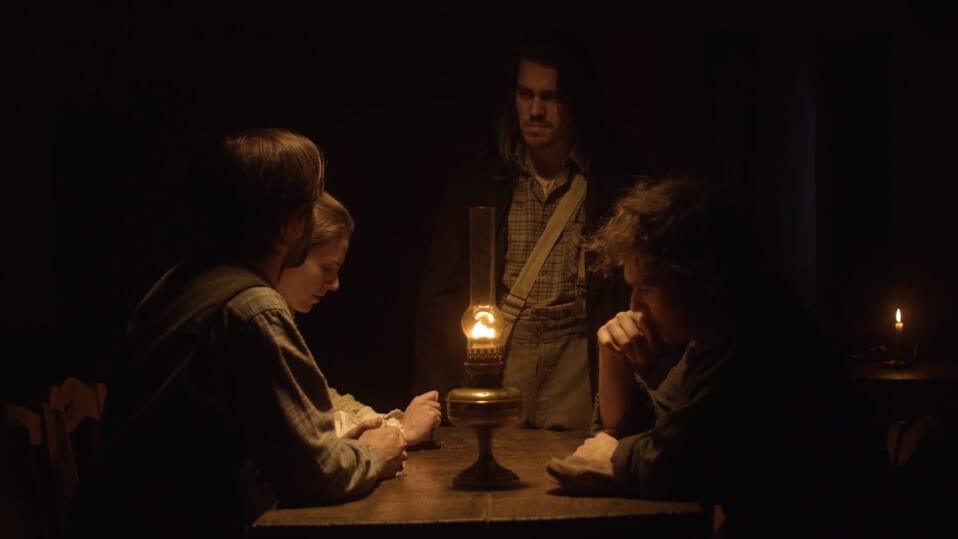 ‘Le Linceul’ is slow in its pace, perhaps a deliberate effort by Vandelannoote to let her audience get accustomed to the place and its residents. It works because, by the end of it, you feel like you too are a part of this family’s undoing. The makeup (Sidney Billon) is spot on and the costumes (by Mélanie Fuchs) along with the set design help recreate the world of the 20s’. What it lacks and perhaps could have incorporated given the timeframe is a backstory to the evil force. Sure it makes for a very mysterious and frightening existence, but as the story progresses you somewhere ponder of the origin of it all.

What makes ‘Le Linceul’ different amongst its contemporaries is the way in which the horror genre has been tackled. With traditional narration, languid pace, developed characters being the premonition in themselves of the dreadful news, ‘Le Linceul’ is the coming back of the stock horror movie narration style. Complemented with stellar performances by the entire cast, ‘Le Linceul’ is a must watch for those who are an aficionado of this genre, and even otherwise…

Watch ‘Le Linceul’ to relive the 20s’ and experience the chill run down your spine as you instantly regret for Katic when she picks the shroud from the grave.