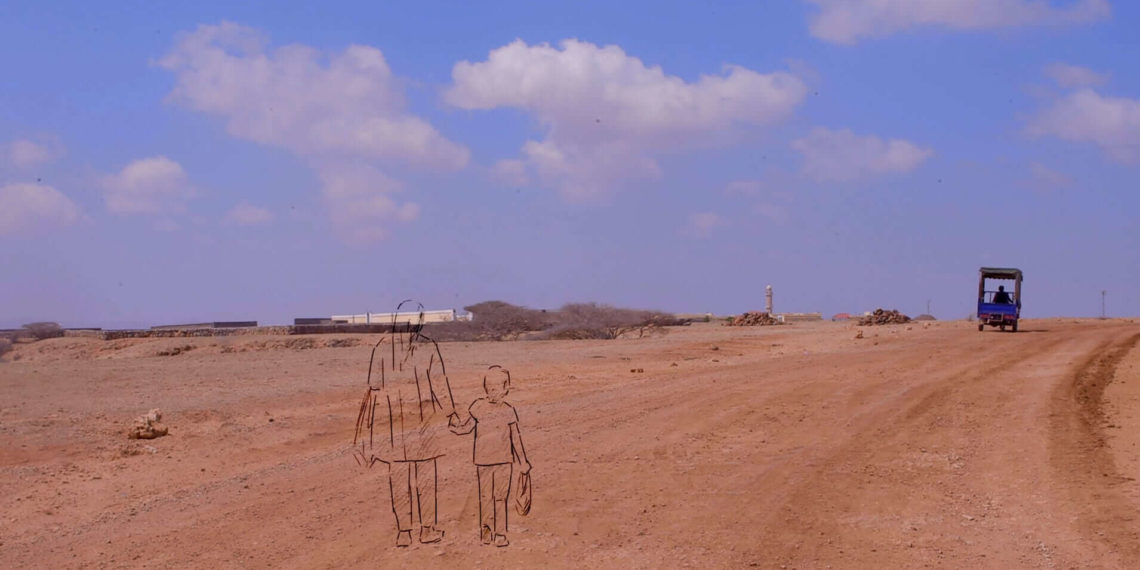 The shores of Obock in Djibouti present a deathly silence that is only occasionally broken by the sound of the rushing waves. A child wanders into the abandoned premise and the aching desertion isn’t lost. Director Sufian Abulohom brings us to the doorstep of Markazi Refugee camp that is providing shelter to 2,170 Yemenis and leaves us just there to canvass the arid landscape that is playing the silent witness to a mass that is in varying stages of desperation and resignation.

Yemen: The Silent War is a short documentary (11:26 minutes) that examines the plight of Yemenis who have been forced out of their homes in the wake of war and pushed into marginalized living habitat where they’ve been left to their own fate. We hear stories of terror, fear, anger and uncertainty and what makes them all poignant is that these are real people; real victims; people who deserve to be in their homes, safe with their families and not having to worry about being bombed! 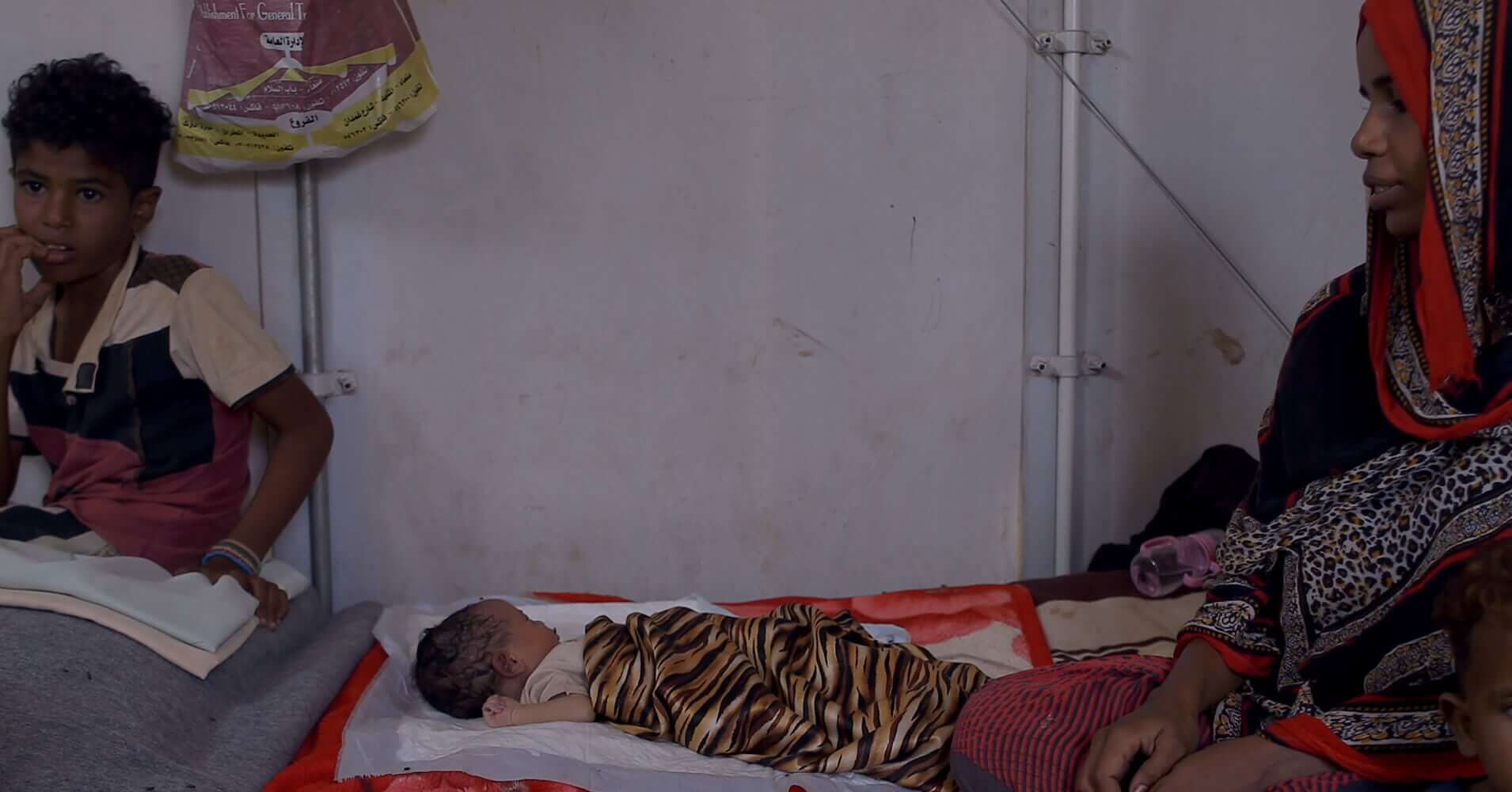 Abulohom uses simple hand-drawn animations of children playing alone or accompanied by their guardian(s), walking a defeated path to an unknown future. He superimposes these on to the storytelling and its effects are devastating. You see what the reality is and you hear their tales, spoken as a matter of fact despite their grotesque nature, for you realize these people have a war going on within themselves too. Forsaken, abandoned and destitute, these people own nothing and have nothing besides the vast emptiness of the refugee camp to themselves.

The documentary captures the essence of the Yemenis in their own words. When a man asks whom to forgive or a mother states she doesn’t mind she lost her house and its possessions for her children made it alive – they ring truth, not because they are uttered by victims, but because they’re universal, for these are words uttered by every victim of war, regardless of time. 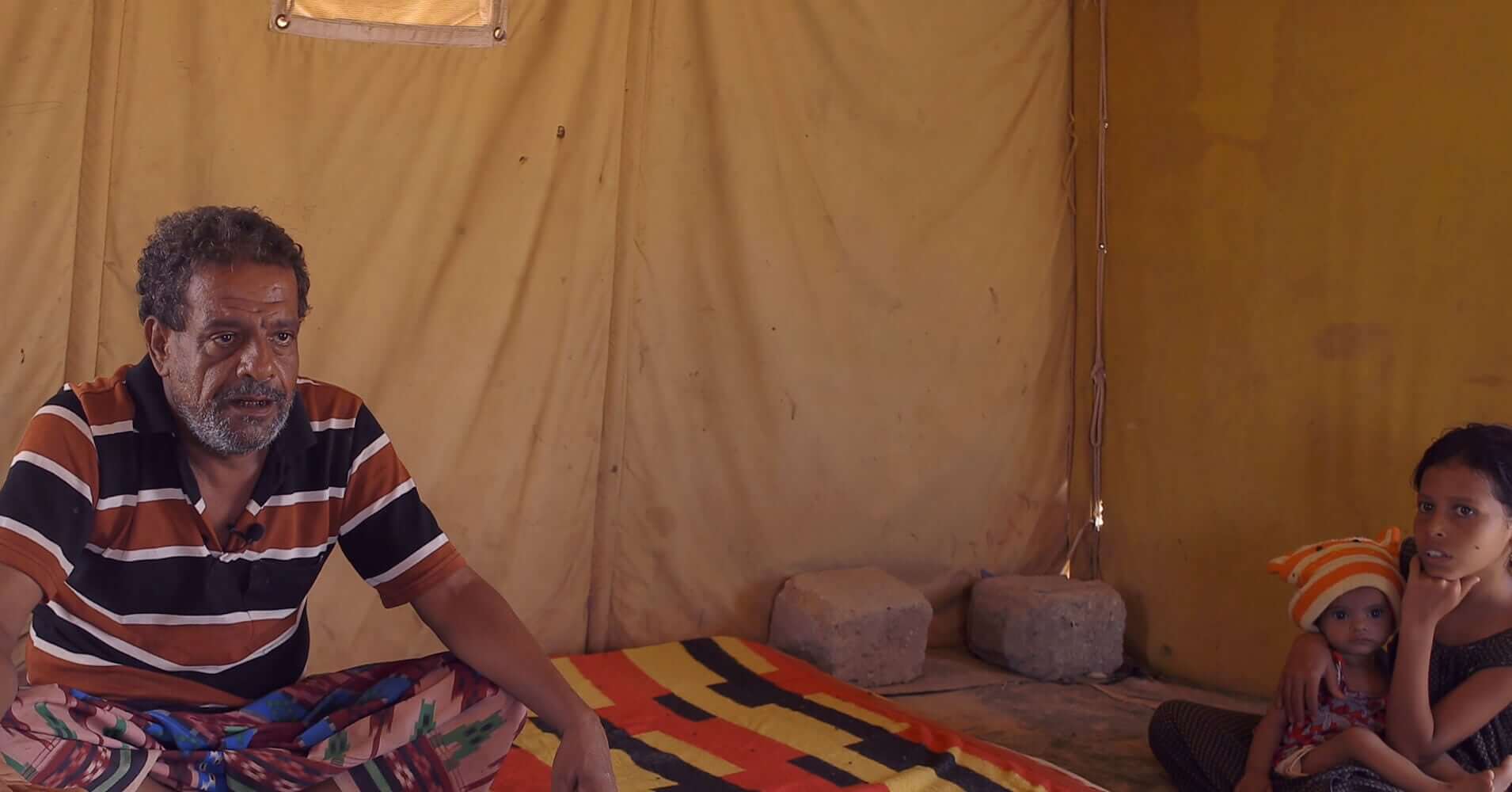 Abulohom drives home the point – war is pointless and the victims are almost always the innocent and here Yemenis paid the price with their soul. As people make their own peace, some willing to forgive, others not so, ‘Yemen: The Silent War’ is a brutal depiction of an even more brutal times. With the worst case of cholera outbreak recorded in modern times, over 3 million internally displaced and nearly 180,000. fleeing their homes – Yemenis are not only in dire need of humanitarian aid, but also peace. And, with the Yemenis in the Markazi refugee camp refusing to accept any donations that doesn’t secure all within their camp as a mark of solidarity, the world certainly needs more of Yemenis’ heart and integrity.

As one of the victims says, may God forgive the perpetrators, but above all may God give back the Yemenis their home and peace they so deserve.