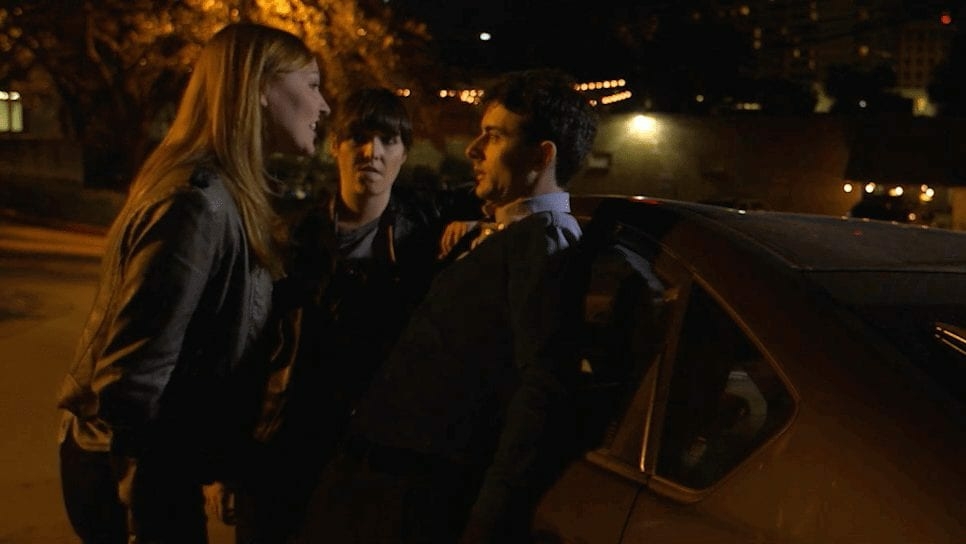 Adapted from the award-winning short film by the same name, Alejandro Montoya Marín revisits his own work to expand the story-line into a feature. At 48:24 minutes, it follows the happenings of a day in the life of Jim. Jim, a regular guy with a job and a girlfriend finds himself in the unlikeliest of all situations right from the crack of dawn. The day unfolds into a series of mishaps, weird encounters and quickly escalates into one gigantic mess.

Alejandro Montoya Marín who also happens to be the writer of this film he has come up with a watertight script that pays equal attention to its characters, their journey and the narrative. ‘Monday’ is play out of two parallel plots, sub-layered and served with a dash of action, thriller and loads of deadpan humour. The dialogues are classy and witty enough to not offend you with references made to popular TV shows and politics. Jamie H Jung who plays Jim is a delight to watch and the life of this feature. His adorable face melts into a cornucopia of expressions giving due credit to his acting prowess. 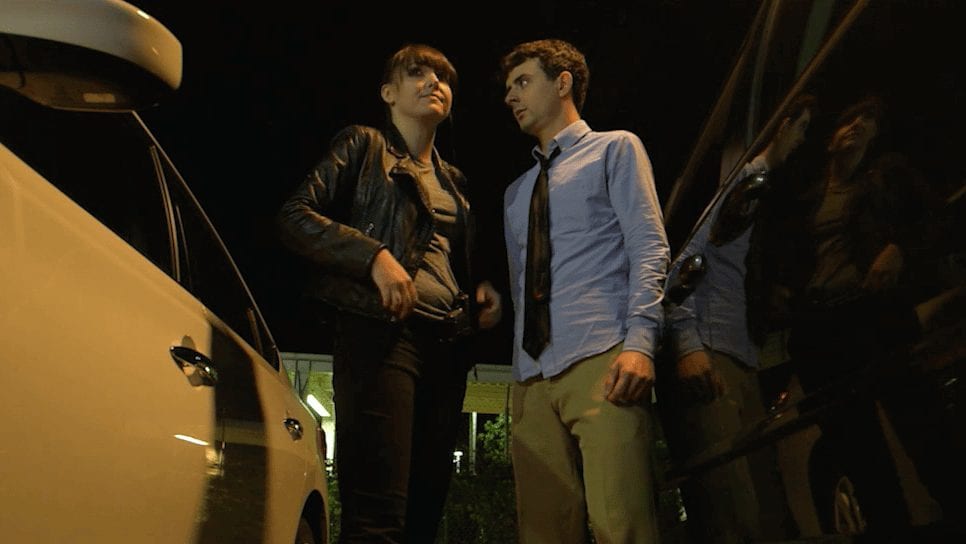 The primary plot follows Jim who is late for work from which he gets fired to only be dumped by his girlfriend, all in a couple of hours. As if these turn of events weren’t disastrous enough, he finds himself embroiled in a rival cartel war. His life cascades into a train wreck in a matter of just hours! His girlfriend played by Bonnie Gayle and the hired hitwomen played by Sofia Embid and Anna Schatte are brilliant – not just in terms of their characters or acting, but also in being crucial elements in this complex web of hilarious subtexts.

The lighting and the camera work (Ryan Alan Halsey) needs special mention considering the shooting locations and timing and the editing team (Alejandro Montoya Marín and David Ferry Jr.) has done an outstanding job at maintaining the pace of the narration. The background score (Emiliano Melis) adds a nice tenor to the film, but it’s the writing and the actors that deserve the pat on the shoulder. For a fast paced film like ‘Monday’ it would have been easy to lose the plot or cause a disconnect with the characters, but Alejandro Montoya Marín not only manages to keep you rooted, but also conjures a linear trajectory for most of his characters. 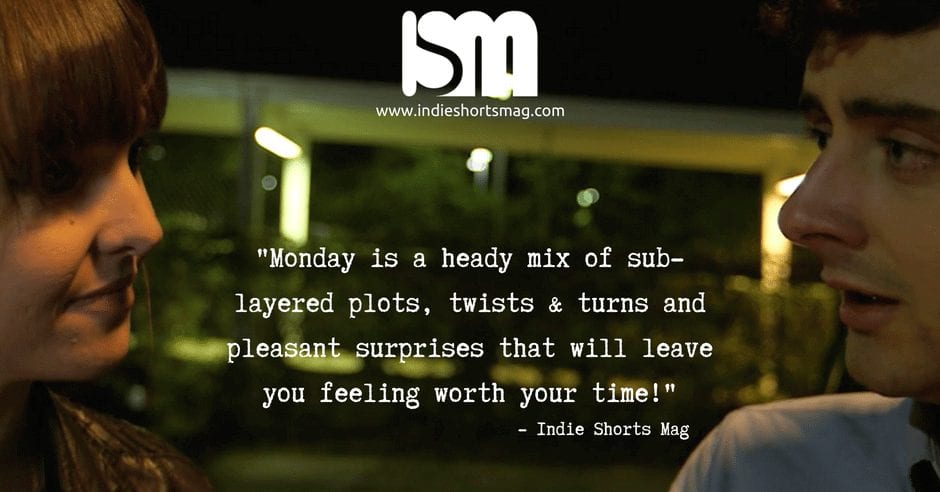 Monday’ is a heady mix of sub-layered plots, twists & turns and pleasant surprises that will leave you feeling worth your time! #supportindiefilm #shortfilmreview #shortfilm Click To Tweet

The quintessential bad day leaves you with ample moments of laughter, despair and surprises. From its dialogues to the lead cast, it’s a ride highly recommended!