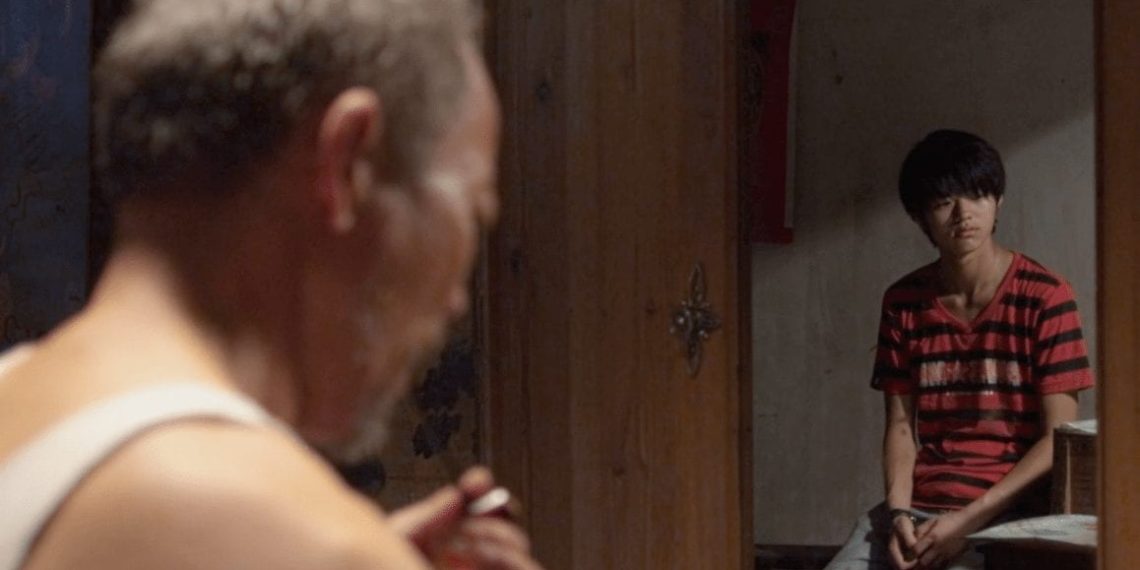 Inspired by the ‘China Christmas Factory photographs taken by Chen Ronghui’, director He Chuyao’s 14:56 minutes in duration ‘Before Christmas’ is a heartfelt narration of China’s labour market at the backdrop of Christmas; except that this one doesn’t have any Santa coming!

The story (written by He Chuyao) follows an 18-year-old played by Hou Deyang & his parents played by Jianchun Hao & Xianyuan Zhu leaving the familiarity of their countryside for the allure of the city. Their move marked by compulsion, trepidation and hope is a reflection of contemporary China’s mass exodus in search of better empowerment. The characters, well etched out with minute details taken care of such as their mannerisms and gait, the credit to the acting goes both; to the actors and the well-written script. Like the countless on the path of migration to bigger cities for reclaiming their lost comfort and economic strength; the Lee family is no exception. 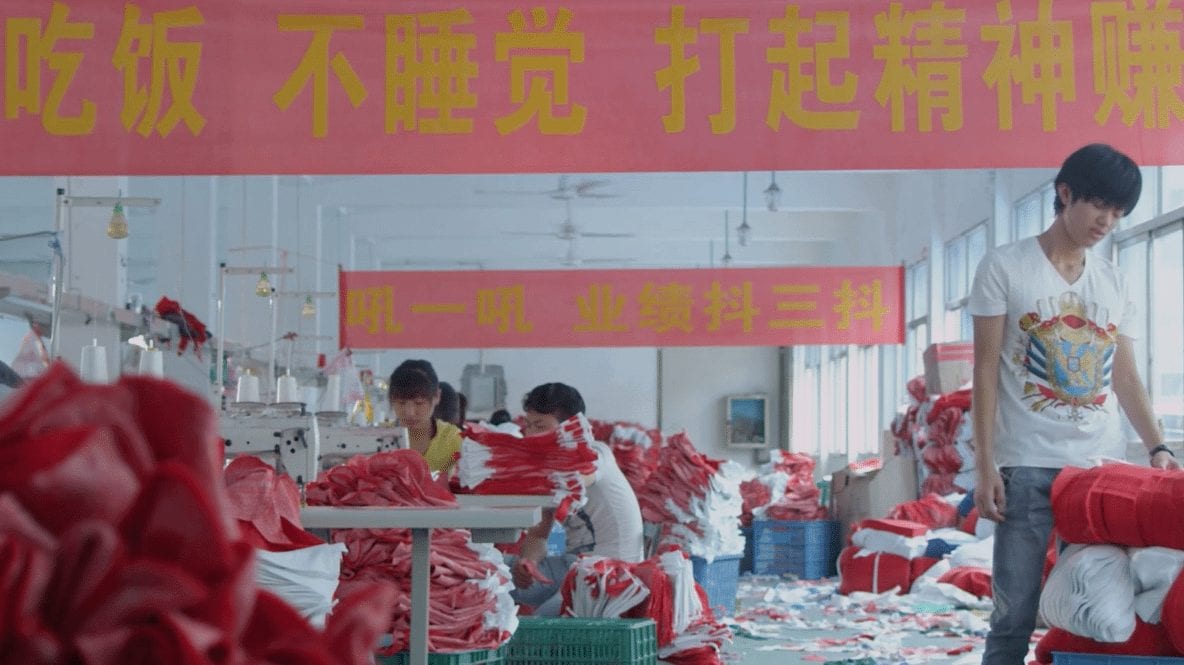 The trio is reduced in their existence with the confinements of the urban landscape and land up a laborious job at a factory that is into exporting Christmas merchandise. The film would have lost its message in its monotonous rendition had it not been for the very deftly crafted addition of the generation gap within the family. Young Lee is a Generation Y adolescent with his own dreams and aspirations to make it big in the music industry, but with the ongoing tussle with his father’s want of him adhering to establishing social security, it’s a painful testament to what most millennials from financially weak societies might be going through.

The essence of working overtime and subhuman shifts in a forgettable corner of some factory wherein your identity is reduced to a number is in constant conflict with young Lee’s sky-high ambitions. Cairang Yangjie’s cinematography showcases the redness that is associated with Christmas but with the sudden shifting to the dingy apartments that the Lee family occupies, the transition is hard hitting and the message is impossible to miss. The editing (Claire Fishman & He Chuyao) is smooth and the music is apt with its melodious renditions and whirring of the machines combined. 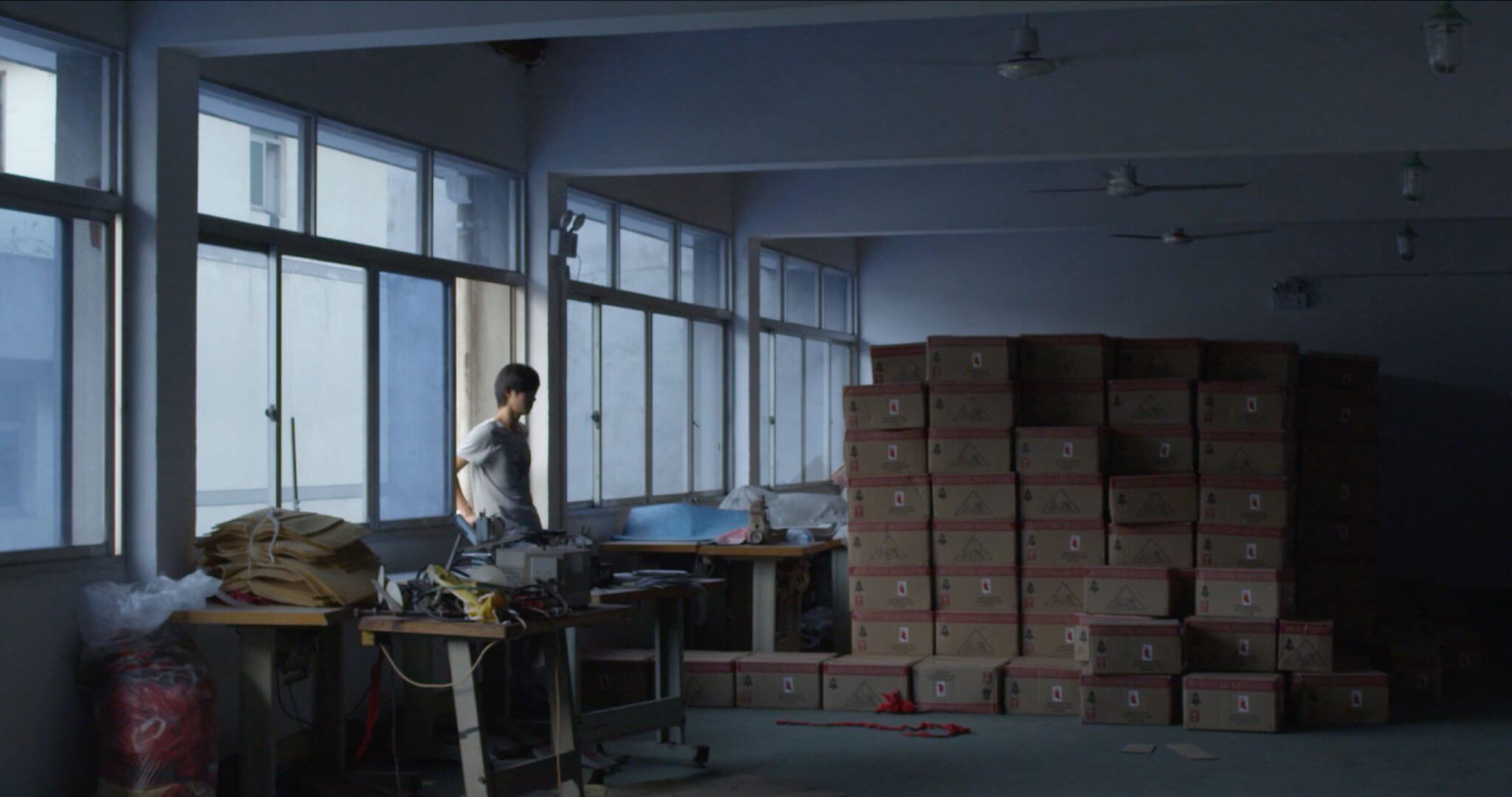 Shot entirely in Yongkang (China), ‘Before Christmas’ is a gritty, transparent and slightly unnerving portrayal of China’s labour class. It doesn’t make any judgment; instead, it simply showcases the reality for the audience to draw their own inferences.

Watch ‘Before Christmas’ to find out if young Lee succumbs to the pressures of the commercial world or if he finds the will to break free to carve his own path. Rest assured, the next time you wear your Christmas gear, you will be reminded of these elves toiling somewhere in China!