‘Mirror’ Is A Psychological Short That’ll Reflect Your Thoughts… 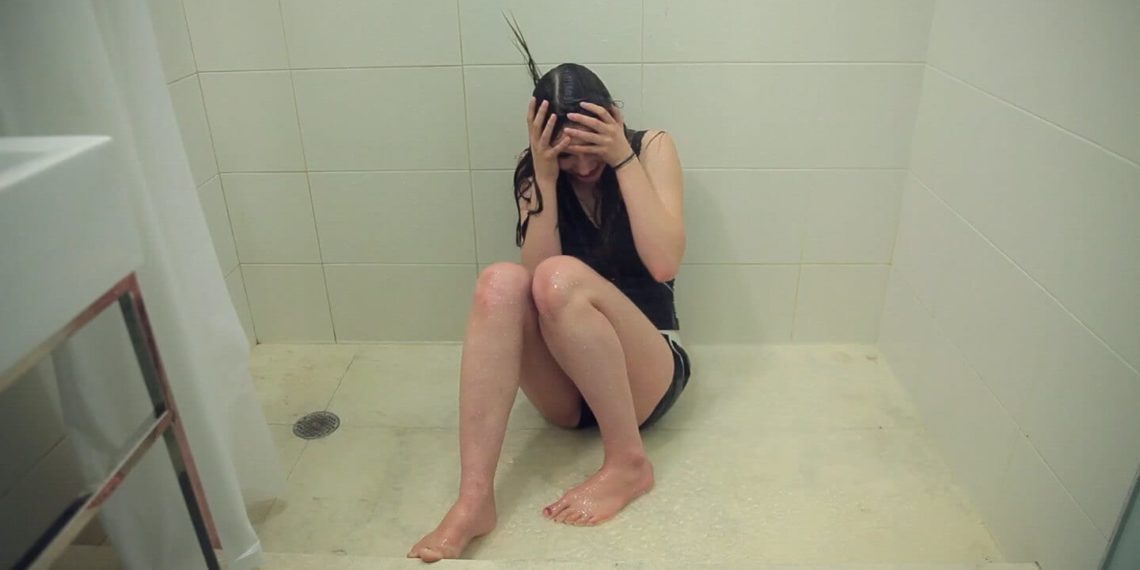 The film opens to the moving reflection of a girl. She is a young adolescent, yet to taste the prime of her life, but the mirror tells another tale. Her slumped shoulders having already accepted defeat, the reflection seems aged. Disillusioned, she sinks to the closet while the mirror continues to hold her image. The camera alternately swaps between her real self and the reflection and we begin to see the dichotomy.

Written & directed by Sara Eustáquio, ‘Mirror’ is a powerful short of 2:45 in duration of a troubled teenager. The narration is bereft of any dialogues and music, solely hanging on the expertise of the cinematographer and a solid story to follow. The background score is used rather generously to accentuate the timeline of the narrative giving you sufficient cues to the impending turn of events.

Eustáquio’s camera is swift to capture the fleeting moments, interchanging between wide-angles and close-ups to help you know of the juxtaposition that is about to play. A mirror is often presumed to be the bearer of transparency and truth, but here it is used to the devastating effect of coercing you to examine everything that you see including yourself.

The sole protagonist of this film, Jaimie Marchuk is good. Sans dialogues, she lets her mannerisms and body language be the storyboard. The editing is neat, even aiding the pace of the film. However, this isn’t a film for popcorn munchers, this one requires you to reflect and draw your own understanding out of the visual. Although with every unfolding scene you know the inevitable ending it is to have, you hope against hope to prove yourself wrong.

‘Mirror’ is a genuine attempt at portraying the complexities of the human mind trapped in an unfulfilled life. The climax delivers a perfect knockout whilst continuing to raise the questions that remain unanswered.