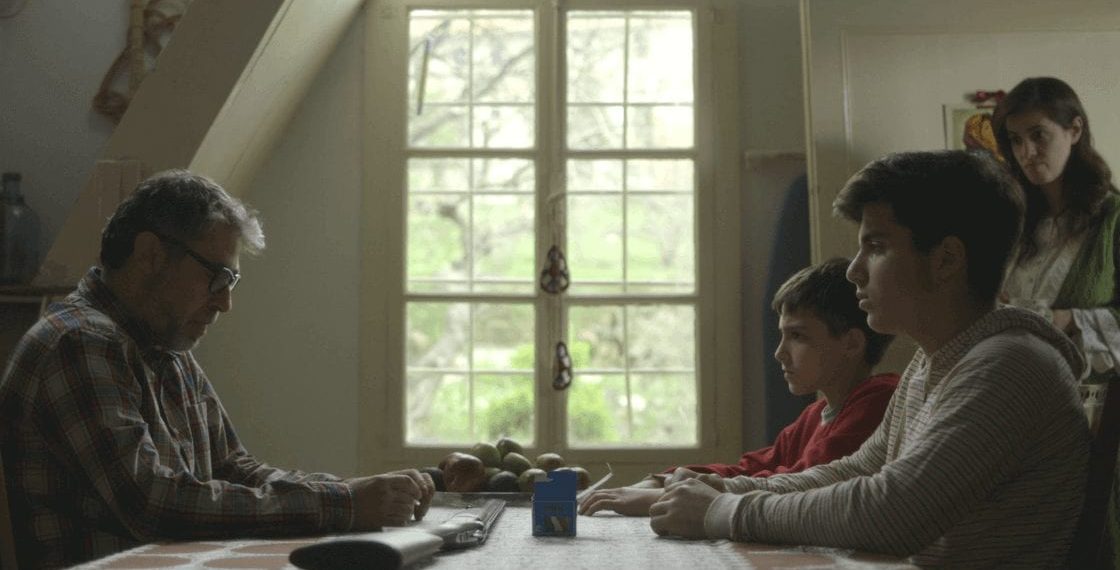 Nothing stops an animal when it is hungry…

Elsy Hajjar’s cinematography offers a panoramic view of a sleepy hamlet (Baskinta, Lebanon) tucked under misty valleys. The serenity of the Lebanese village is marred with the sound of bullets fired and the bleating of an animal dying. Sameh (Jad Badran) drags the carcass while Imad (Fidel Badran) stays still in stunned silence at the happenings. The blood trail being the only evidence left behind, the duo set ablaze the remains and head homeward. The ensuing discussions between the two making it clear that they will remain the sole witnesses to the sightings. 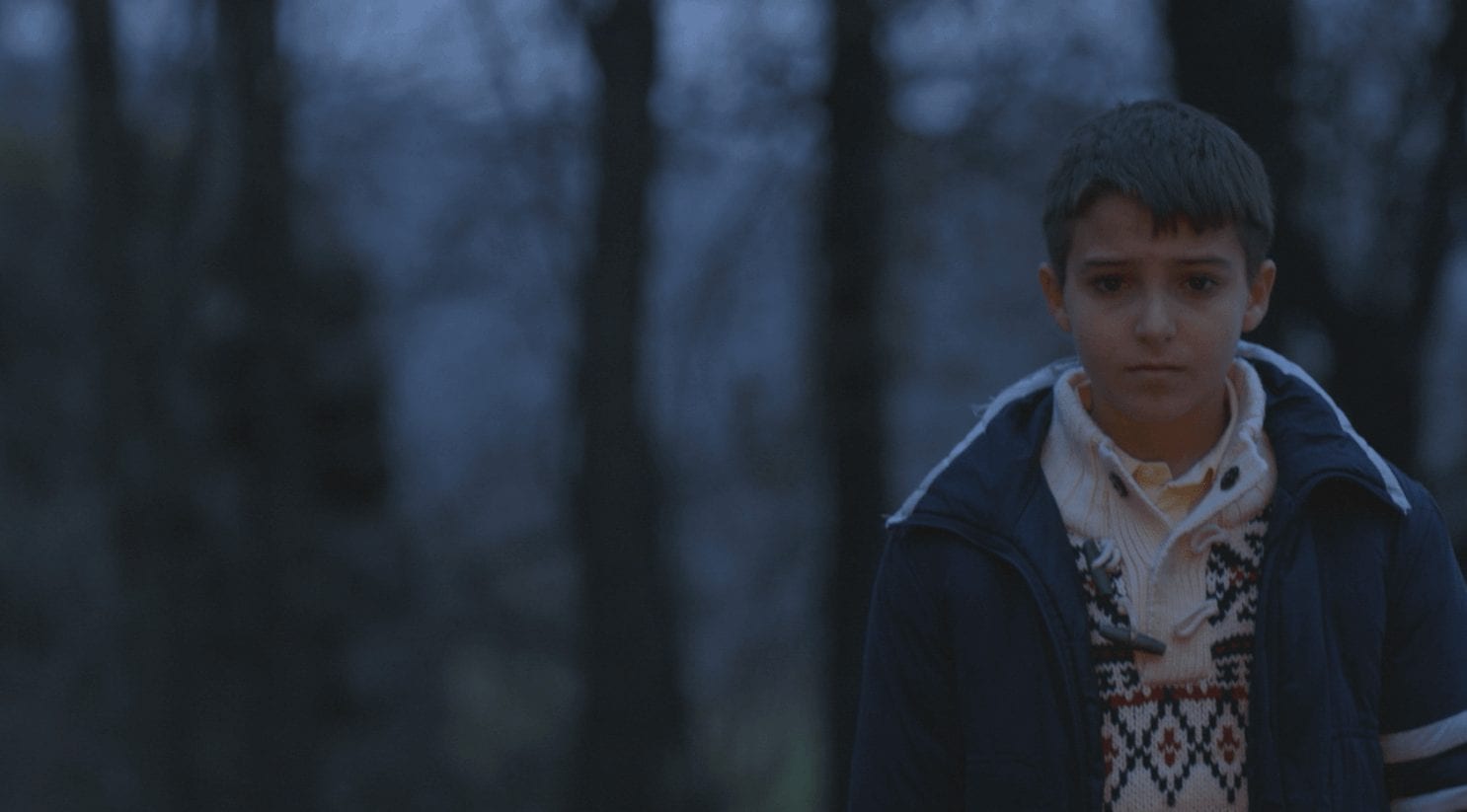 Written and directed by Oualid Mouaness, ‘The Rifle, The Jackal, The Wolf & The Boy’ bears a sublime juxtaposition to the parables we grow up hearing. But, Mouaness ensures that the likeness isn’t restricted to the title alone. The film explores the life of a simple, middle-class Lebanese family of 4 and their den of poultry. Ali Mneimneh plays the archetypical father whose reserved demeanour belies the concern and love he bears for his family. Theresa, the mother, played by Layal Ghanem is the loving bridge between the boys and their father. Jad Badran who plays the elder son is an adolescent with hormones probably coursing through him at its peak. There’s a devil-may-care attitude that most teenagers exhibit that is well-captured in Badran’s mannerisms & speech. The younger lad however, is more sensitive and frightful, easily wearing the psyche of the youngest member of the family.

When their den is attacked presumably by a jackal, the brothers decide to take matters into their hands, literally. Unattended & unsupervised, Sameh decides to put to use the hunting lessons given to him by his father. When the father realizes his son’s act of violence even when it was meted out for the common good, he knows the consequences of his act are going to be for all to bear. 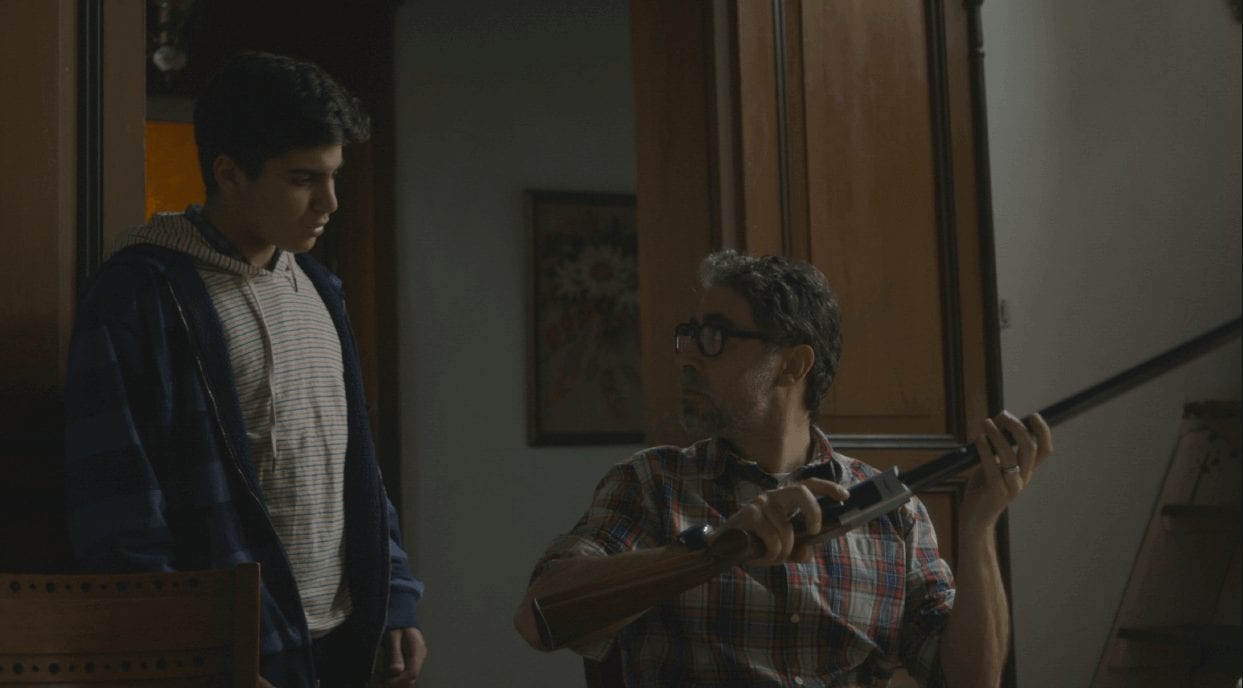 Oualid Mouaness brings to screen a simple story set in idyllic locations of a humble family where no decision is too small and the repercussions of it are to be faced by all. When the father asks his sons to lead him to the spot where the charred remains are left, he realizes that probably his son’s actions have set to motion a wheel that is unlikely to turn back in time.

When the family awakes to a new dawn, what they find waiting at their door is the coming of full circle.

‘The Rifle, The Jackal, The Wolf & The Boy’ is an allegory that coerces you to think of the happenings around you; how seemingly innocent actions can be misinterpreted and lead to catastrophic results. Or, how even the most uncalled for act of violence can lead to the path of devastating destruction. Mouaness compels you to consider the porous border of Lebanon that has been the target of violent infiltration in the recent past through very subtle addition of the TV news being viewed by the couple. That is the beauty of Mouaness’ direction where he doesn’t force any view upon you, instead, let the thought linger in you long enough to form a story. 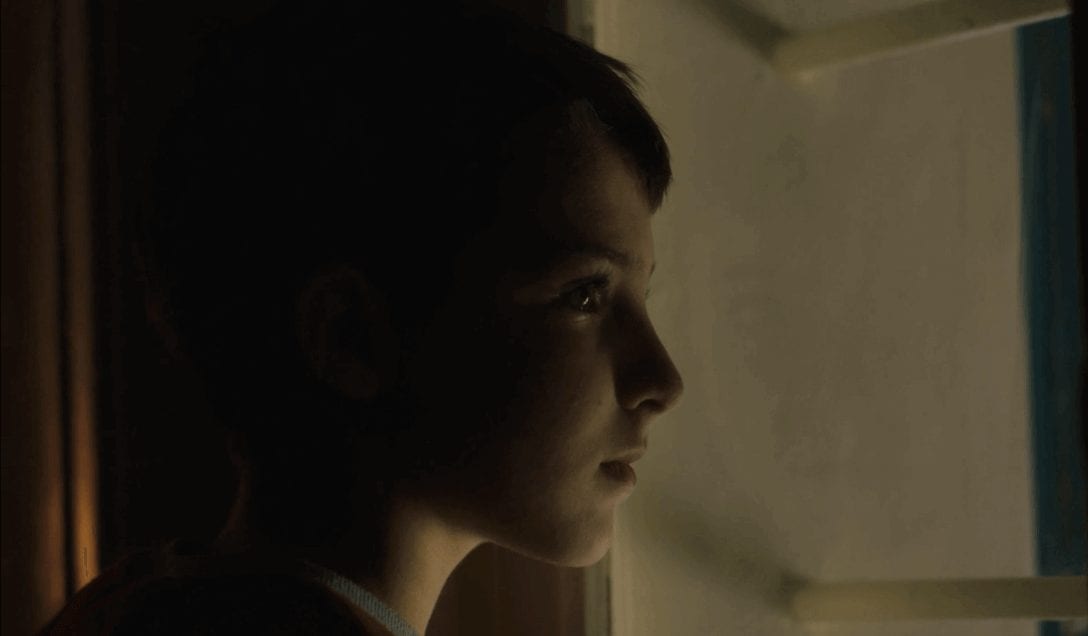 Watch ‘The Rifle, The Jackal, The Wolf & The Boy’ to find out what awaits the family the next day! Enjoy in the rarely captured picturesque location of Baskinta and a story that might become a parable you might want to recite to your children, or perhaps, add to your own…

Review: Timecode Is A Dance Between The Moments…