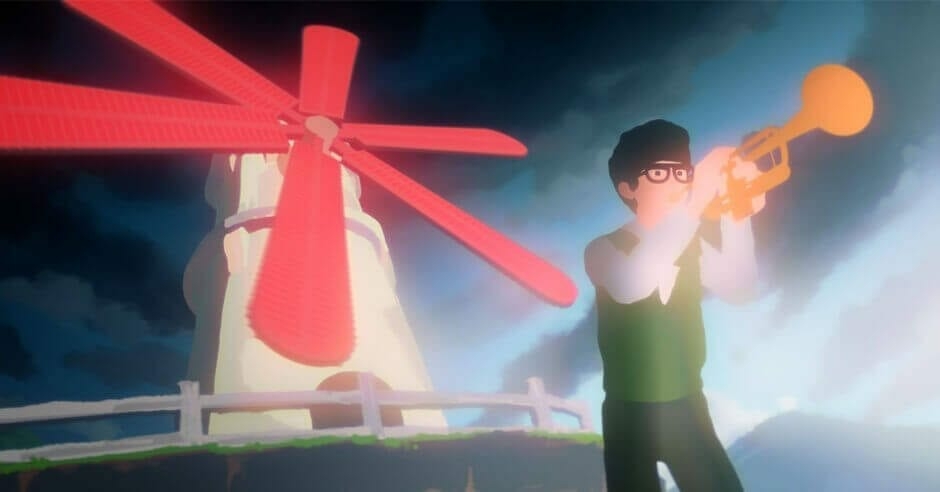 Review: “Inaudible” is a very beautiful animated film which showcases a deaf trumpet player and his desperate struggle to listen himself play again. It’s a very emotional and touching story which clings on to you till the end. The trumpet player used to play under a windmill, when during a storm, a lightning bolt struck him and he lost his ability to hear. The film showcases his struggle to survive with no hearing ability.

The film opens with the trumpet player waking up from a dream and going to his job as a garbage collector. He roams around the town trying to listen to everyone around him, but cannot do so. The story gets interesting when he decides to play again, but his failed attempts in doing so makes him more depressed. But then one day, the town gets covered with storm clouds, again.

Glints Zilbalodis has done a brilliant job with his direction and story. The story has been presented beautifully and would leave you in awe at the end. The music is given by
Bertrams Pauls Purviskis. Despite of being a semi – silent film, it has a great effect when you see it. But the particular music which the trumpet player plays is a highlight of the film because that is what the trumpet player has always been desperate to listen.

This film displays determination and never giving up attitude which would surely inspire you to do better in your own life. “Inaudible” is an inspirational and a must watch film for everyone who aspire to carve out something better for their life.