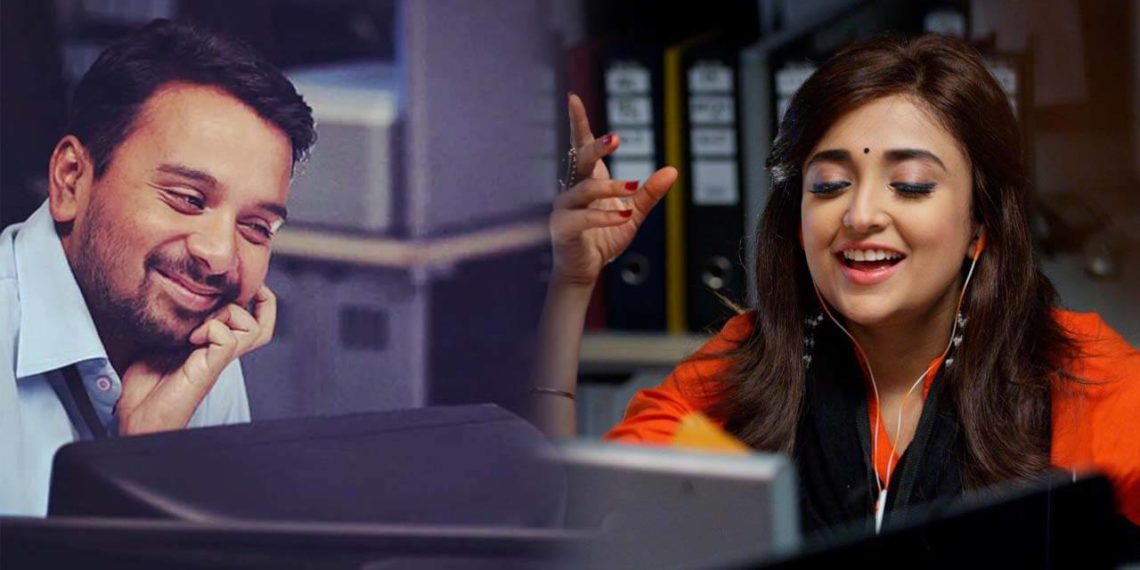 Celebrate this holiday with the short film ‘Jangle Bells’ featuring the singer and actress – Monali Thakur and theatre and film actor – Namit Das, popularly known as ‘Sumit’ from ‘Sumit Sambhal Lega’ is going to hit the Internet at 1 PM IST on 23rd December.

The short film produced by Connect.1 features Monali Thakur and Namit Das in the lead role. Connect.1 is the digital arm of India’s well-known motion picture studios Mukta Arts Limited. It aims to be the ultimate destination to showcase the best short films.

In the film Namit plays a dull, fed up with life, 30-year-old employee who is feeling extremely low and lonely despite the celebrations around him. Monali, is the new girl in office, who brings joy to his otherwise mundane existence and lights up his life! Monali is credited with singing many hit songs in the past few years, she will be seen singing many old classic hit songs including her own ‘Sawaar Loon’.

Talking about the movie, singer and actress Monali Thakur says, “It’s Christmas time and everyone seems to be in celebration mode. But it’s also the time when people miss family, friends and home. To anyone who is feeling low we want to say that you are not alone. In ‘Jangle Bells’, we have tried to show how it only takes a minute to notice the small joys in life and this is our way of spreading Christmas cheer! I am really excited to see people’s reaction and am hoping that the audience will appreciate the film.”

Excited about ‘Jangle Bells’ Namit Das says, “It’s easy to forget how to live life and enjoy, people tend to get stuck in a rut. I hope ‘Jangle Bells’ will remind people that life is beautiful! We all should share our joys and sorrows and celebrate each moment in time. We have conveyed that in the film and hope people will identify with it.”

The short film is written and directed by Abhimanyu Kanodia and produced by Connect.1 Limited. The film will be out at 1 PM IST on December 23rd, 2015 across Connect.1’s YouTube, Facebook and Twitter.

Check out the teaser below: