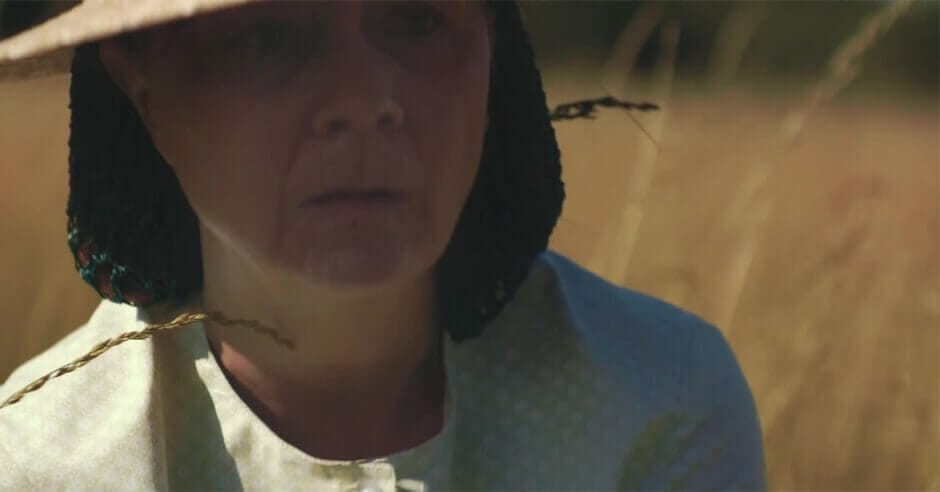 ‘Civil’ is a drama film set in 1865, during the American Civil War, where the Union and the Confederates were fighting each other. Somewhere far away in South Carolina, three women are working in a farm when one of them is shot dead. The story follows a dramatic incident during this period of time.

This film opens with a long shot, where three women are working in a field. Gunshots surprises Annie and Martha and they are horrified to see that their friend Penny is shot dead. They hide in the barn so that the soldiers would not find them. Three soldiers come in and search the area but are unable to find the women. The film follows the dilemma of Harper, one of the soldiers who have grown a conscience because he was the one who shot Penny.

The film is beautifully written, directed and edited by Andrew Huggins. The cinematography of the film has been brilliantly done by Derek Donovan. And the original background score by Alexander Arntzen gives more intensity to the emotions of the characters. The performances by the actors have been great. The film with such a dramatic story must need such kind of actors who can display realistic emotions and make the film look more authentic and real.

‘Civil’ is a brilliant drama film by Andrew Huggins and I would recommend everybody to watch this film to know what was the state of the people of America during the civil war. A great film delivered by Andrew Huggins.

Light it Up – Review