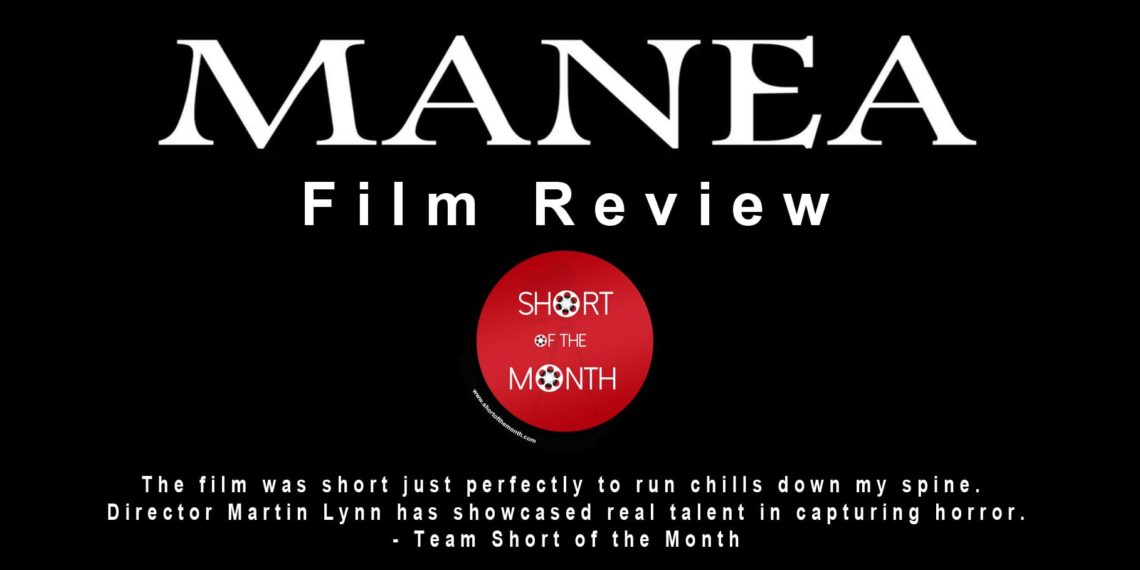 Manea – the Greek goddess of the underworld. Known as the mother of ghosts, dead and spirits. She is also known for her insanity….where do you think the word maniac originated?

Dodging the cops seemed too easy when they broke into a house. The momentary escape doesn’t uplift their moods. The sinister looking house seemed to give them the creeps. Curiosity getting the better of them they begin to explore the house. Not expecting what they find, they seemed to have landed in a trap of trouble. How did their picture land up in a random house as this? Or did the supernatural forces in the house makes any person entering the house disappear into thin air?

The film was short just perfectly to run chills down my spine. Director Martin Lynn has showcased real talent in capturing horror. The set seemed a wee bit arbitrary but great sounds to enhance the eerie feeling throughout the film. Even in broad daylight you can feel the creeps. Cinematography was tastefully done. A little more attention to the lighting and the film would have been perfect. Actors Shelia Moylette, Mark Langtry have given out a great performance.

A great film to get under your blanket a shiver a bit.