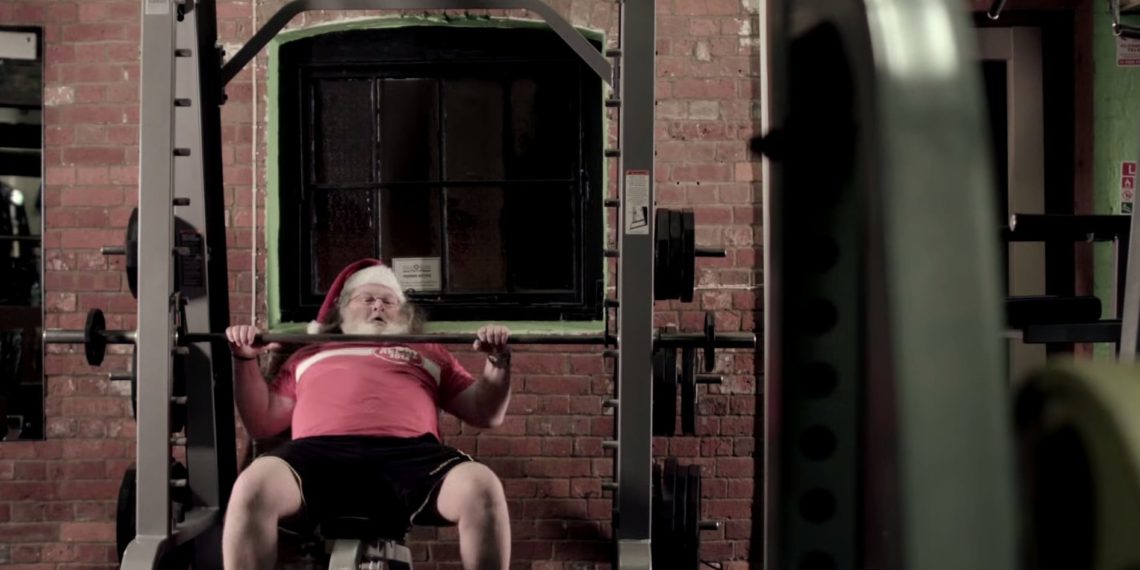 First off, director Shane Brennan deserves a hearty round of applause for coming up with such an amazing concept. Besides being the director, he also happens to be the “mega mind” behind the story.

Beautifully written and excellently executed, BIG FAT SANTA depicts the mythical Santa Claus facing a complex about his figure. After one of his elves makes a blunt remark about him (Santa Claus) being “fat”, our dearest Mr. Claus goes on a fitness spree.

With Christmas round the corner, Mr. Claus gets way too busy with lifting weights, jogging and cutting back on his diet. Amidst all this exercising and chucking junk food, he forgets to keep a check on the preparations for the Christmas gifts.

Shane Brennan has brilliantly directed the film. Within 9 minutes and 51 seconds he manages to capture the dilemma which clouds Mr. Claus’s mind. He has very carefully blended in all the right ingredients to deliver a powerful film. Packed with a pinch of satire and kilos of comic element, this parable leaves you smiling from the minute the film commences.

The script proves to be thoroughly entertaining. It has very apt dialogues. A sheer plus point.

Sean Higgs, who portrays Mr. Claus, has done justice to the role. His acting takes the film to a whole new dimension.

HATS OFF to Sean Higgs!!

And last but not the least, the camera work! Tons of thought has been put while capturing every single scene.