Interview with Oualid Mouaness – Writer-Director ‘The Rifle, The Jackal, The Wolf & The Boy’ 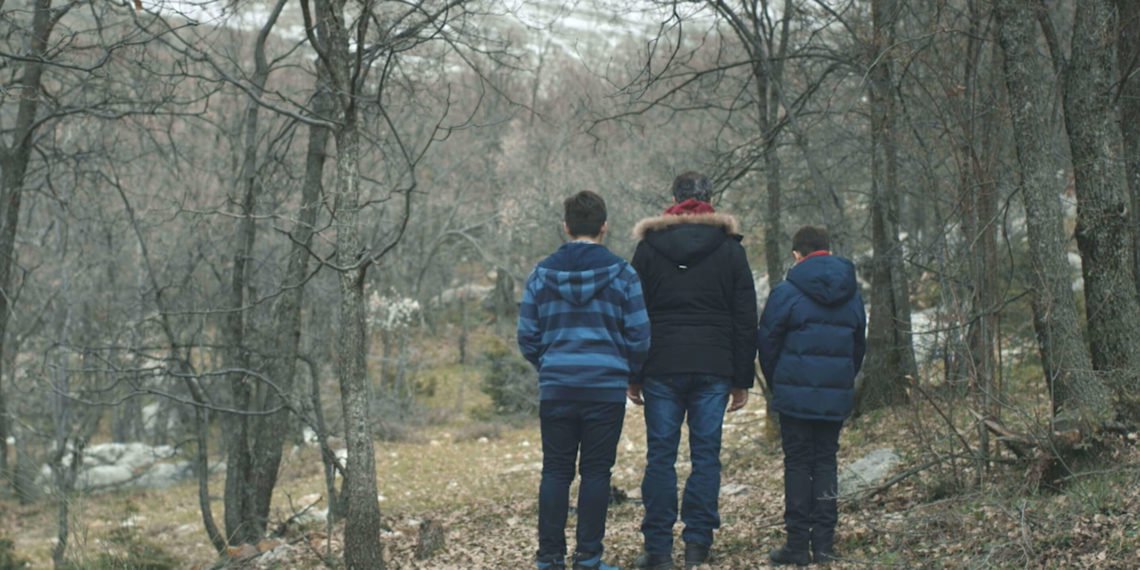 Oualid Mouaness’s unique storytelling makes you wonder of his previous dabble in narrating. Not surprising to know then, that he kickstarted his career as a script reader and then moved on to editing, co-producing, producing, writing and directing. It’s a full circle. His résumé bears the signature of the crème de la crème from the entertainment and cinema bringing their diaspora under one mettle – Lebanese-American-writer-director-producer: Oualid Mouaness.

Ahead of the Oscar nominations announcement and the directorial venture he is immersed in, Indie Shorts Mag managed to catch up with the man behind this poignant story set against a political backdrop in one of the most idyllic locations. Here’s an excerpt from the interview.

Indie Shorts Mag(ISM): The art of storytelling is a dying breed. However for those who have grown up listening to Grandma Tales, stories can have an unimaginable impact. When you look back at your own childhood, do you recollect any in particular that shaped your thinking? Or left behind a lasting impression?

Oualid Mouaness(OM): True, in this fast time we live in, it is getting harder and harder to find storytellers who have an interest of telling stories that speak simply though profoundly. For me, film is literature and I approach it as such. In this fast age we live in, people have less and less time and patience to sink themselves into books, short stories and novels.

When one looks at most of the stories that have resonance, they tend to be grounded in the narrative structures that go all the way back to the Aristotle and beyond. We grew up listening to grandma’s tales and they made strong impressions on us. These stories and tales had mystery, fantasy, and illusions that represent the good and the bad. There is a universality to these stories. Take for example the story of Laila wa’Ze’eb (which is the Arabic interpretation of the Little Red Riding Hood). It is simple and has moral complexities. And The Wizard of Oz (which was one of the first films I watched on a VCR as a kid growing up in Africa), it was fascinating, though simple in its telling. When one looks past the basic story there is much to uncover.

ISM: The most significant element in your narration lies in its subtlety. The lack of visual depiction of violence, the lack of need for an overly dramatic soundtrack or even sparingly used dialogues. Was there any reason you chose this style in particular?

OM: Less-is-more. By choosing to make this parable of a story, I had to keep it simple, intervene as little as possible with a narrative that had to be clear and succinct. Parables by definition are simple and accessible, it is their underlying and sometimes unexpected meanings that move the viewer. With regard to the depiction of violence, I think the idea and hearsay of it is viscerally unsettling. Similar to the snippets of news one hears about the horrifying acts that are committed by Daesh in this case. The mere awareness that such violence can happen is confounding.

As a filmmaker, I am to deliver the narrative and its layers. I like to give to the viewer to chance take what they will from this story, allowing them the room to meditate on what it is they are watching. The experience of this film doesn’t start with the first frame of picture, it start with the title “The Rifle, The Jackal, The Wolf And The Boy”. The title is as much a part of the film as every frame of picture. It sets the viewer up for the nature of this narrative. One that automatically takes them back to a state of mind: simple story, parable, fable, and one that will require looking beyond the surface. 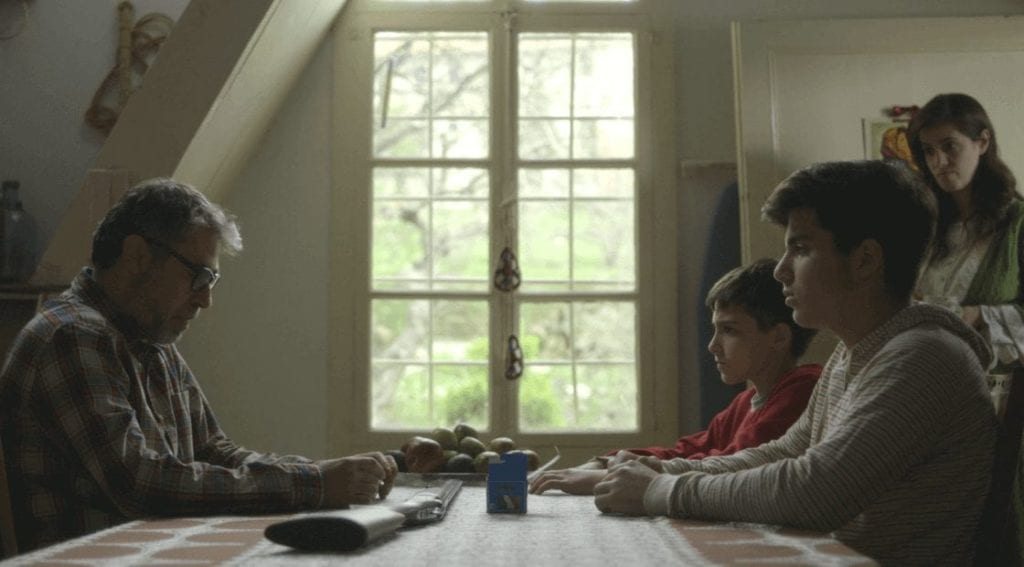 ISM: (Cont.) Do you like to leave a lot to the audience’s imagination or prefer to spell it out for them?

OM: Absolutely to leave it to the audience’s imagination. My hope is that this film elicits a feeling that will trigger an interpretation through the prism of how each audience member views the world around them.

ISM: How much do you rely at the audience’s ability to be able to decipher the meaning or the underlying context?

OM: I assume that each viewer has a cultural intelligence/feeling that will determine how they view the film. I have been incredibly surprised by the interpretations I have heard about this film. It has been described as allegorical to what is going on the US and to what has been happening in the Middle East. I intended for it to be a political parable about the repercussions of violence in the name of what’s perceived to be ‘good’. Some viewer may see a very simple narrative, which is complete in and of itself. How the audience sees this film is directly related to their experience of the world, philosophically and politically. From my standpoint this film is about violence – and how violence can only beget violence. It is reflective of the unsettling state of the world. When we see the violence paraded on our TV screens and that it can be in our own back yard… we are rendered speechless and powerless. We ask ourselves, why, and where does this begin?

Indie Shorts Mag(ISM): An equally interesting aspect of this film is its pan-universal appeal and effect, much like parables. Regardless of one’s nationality and/or geographical location, the viewer can relate to the story especially in the event of the recent global situation w.r.t terrorism. Do you believe that cinema has the power to bring about change?

(OM): Absolutely – Cinema can change hearts and minds – and yes, the gratuitous violence of today, the inexplicable terrorism is what prompted me to write this narrative. It is effectively a morality tale of sorts. I hope that more films are (allowed) to be seen to break down stereotypes and barriers and address these issues.

ISM: You’ve tried your hand into writing, directing and producing. What aspect of filmmaking do you find most challenging, ergo, satisfying?

OM: Tough one: umm… I find the writing part the most challenging. Though I have written quite a lot, it is always a very nuanced process. However, when the characters start to write themselves, it becomes so incredible and satisfying, but it takes time to get there. Second to that, the most satisfying thing that happens is when directing on set becomes a process of discovery with the actors and the material. The world you are capturing feels real and sometimes surprises you. You need to be open.

ISM: What aspect of this movie’s making did you find most challenging?

OM: Finding the cast and building the family: The casting process was quite tough. I’d cast the kids without realizing they were actually brothers in real life, which was great. It was tough to find the Ali, who plays the father – I had some of the most established actors come forth and audition for this role, though they were ok I could not get past the fact that they were performing. They could not embody that role. Ali had contacted my casting director via Facebook, but could not make the audition. So I auditioned him on a Sunday – it was a three-hour audition that became a rehearsal, and that was that.

ISM: The boys form an integral part of this story. What was the experience like working with them? How easy or difficult was it for them to relate to the story on a deeper level?

OM: They are the story. They both had an emotional intelligence that was uncanny. I worked with them for almost a week – it was a two way learning process – I grew to understand their approach to things and they understood what I was looking for – and they were quite serious and asked many intuitive questions. Their real-life tension as brothers worked its way into this process as well.

ISM: The present Lebanese situation draws attention through your film. Had the circumstances been different, what other aspect of the Lebanese culture/events/life would you have liked to showcase to the world?

OM: That is correct. Lebanon has been mired in instability for decades. This film showcases a Lebanon that the world rarely, if ever, sees: A middle class, principled family in a mountain village. Most of Lebanon’s villages are tucked in its mountains, yet they are very connected to the world through technology, education, and media. What is important for me is to represent the fact that a family in Lebanon is no different than a family in the US, Europe or China – the values of life, goodness, and upbringing are universal. I want to tear down the walls of stereotypes.

ISM: Your film has brought Lebanese cinema to the world stage. Which are the other films in your opinion that captured the essence of Lebanon in its movies?

ISM: An Oscar nomination is nothing short of a win, in itself. Where do you see yourself in another decade? Besides being a filmmaker, how would you define yourself or what would you like to be known for?

OM: In another decade, hmmmm… more writing, more directing, more telling stories, developing and working with others to bring to the fore important stories and voices that break stereotypes and keep us all human to each other.

‘The Rifle, The Jackal, The Wolf & The Boy’ is one of the short films contending at the upcoming Oscars. But, Oualid Mouaness has already moved on. His next venture is set in the heart of Lebanon at a time when the entire world’s eyes were cast on the land for the horror of the 1982 blitz. Mouaness is bound to enrapture us in this tale too!

We hope and wish that all his future projects not only bring him the well-deserved recognition to his craft, but also to a beautiful country whose porous borders have often had the raw deal in the bargain.

Watch The Rifle, The Jackal, The Wolf & The Boy Trailer: