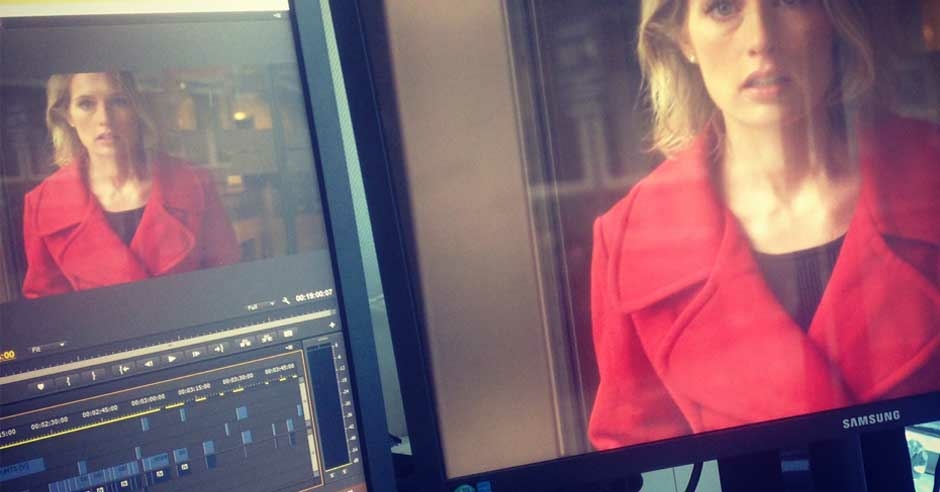 “Time Played” was nominated for the ‘Best Story’ Award at Short of the Month. Here’s what the director has to say about her film:

Q1. Honestly, I am really scared of watching such films. They really creep me out. What drives you to write and direct these dark thriller films?

I have always been drawn to thrillers. I don`t think you need huge amounts of blood and gore to make scary films. I watched Twin Peaks when I was 10 and I loved it. From then on I was hooked on creepy stuff.  I think it`s very human to feel the need to be scared. If you want to challenge yourself psychologically, leave your comfort zone and then go back to your everyday life; horror and thriller films are perfect.

Q2. Have you ever encountered something like that or any other incident that happened to you that inspired you to make dark thrillers?

Everything inspires me. It can be things I experience in everyday life; a physical or an abstract thing, a feeling or a special atmosphere. A person I meet can have characteristics I develop in to a character in a film. Murderers also have hobbies.

I’m intrigued by the supernatural but I’m not a big fan of Sci fi. I think that things get really scary when it’s linked to everyday life. When a threat can be anywhere; where you live and where you work, that’s when it becomes spooky.

Q3. Is there any new project that you’re currently working on? How different would it be from “Time Played”?

I’m currently working on a feature film; a thriller. A couple of weeks ago I started shooting a pilot with the crew from Time Played (Linn Marie Christensen and Jordi Colom) as well as Fred Heggland who starred in another film I made called Blind Date. Øyvind Planting did the sound and he is always a pleasure to work with. All amazing people that love horror, are highly professional and sees possibilities, not limitations.

It’s different to Time Played because it’s a feature, it has dialogue, but some of the atmosphere is similar when it comes to not knowing who people really are. Luckily, most people take for granted that other people have good intentions. Unfortunately; that’s not necessarily always the truth.

Q4. “Time Played” is just a 2 min film and in order to make the audience understand what the story is about, the script has to be strong. How difficult does it become to write for such a story?

I came up with the idea 10 years ago and earlier this year I wanted to do something that didn’t needed a big budget and could be done on a Sunday afternoon. The idea for Time Played fitted perfectly. When there is no dialogue, you have to focus on other things to make the story believable; the sounddesign became especially important. There are many wonderful short films which focus on a specific atmosphere, not necessarily the story. With Time Played I hoped to achieve both; an unknown and strange setting with a story not using dialogue. With a limited amount of money I had to be creative.

Q5. What do you think is the most important element to remember while making a horror/thriller film?

The threat can be anywhere.

Q6. What advice would you like to give to our young and aspiring filmmakers who maybe someday turn up to be an award winning director just like you?

All you need is a camera and a good idea. A friend of mine told me this and now it’s a mantra.  He made an amazing short film with no budget and himself, a camera and an actress. I sometimes think people complicate things too much. You don’t need a lot of gear to make something uncomfortable and scary.

Watch Time Played for a thrilling experience here. Indie Short Mag wishes her best of luck for her coming ventures. We would love to see more thrillers from such a talented director.