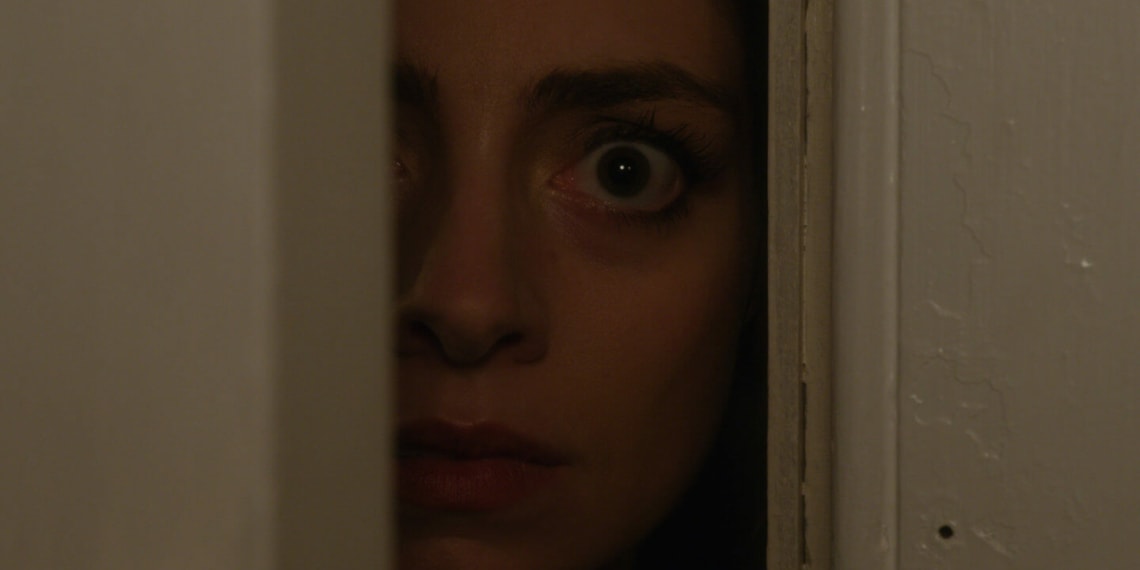 Imagine, you have been away from home for a while. You come back to the place, knowing everything will be as it always was, waiting for you in welcome. But when the door finally swings open to show you the familiar hallway, an unfamiliar face stands in the way, keeping your safe space from you. It lasts for only a few seconds, but Katherine Oostman’s 13-minute short, The Stranger, efficiently sets the stage for the tension to come through these opening shots.

Melissa Saint-Amand (of Ozark fame) plays Blake, returning after an unpleasant departure, to what she thought was only family, her mother. Instead, at the door is a woman who in no way resembles Blake or her mother, Trudy (Ashley LeConte Campbell), both of whom are tall, dark-haired women. Yet, there is a blonde-haired, creepy doll-like Lily (Autumn Dial), apparently the sister who has always been there. Blake does not believe it, and as the audience, neither are we convinced.

The ensuing scenes begin to take apart these same assumptions that the audience makes initially, leaving us questioning everything, sure of nothing. Layne Inselman’s cinematography and David Urbinati’s original score lay the groundwork brilliantly. Inselman’s framing speaks volumes of Blake’s internal turmoil—and more often than not, we side with her. The staging and blocking pits Blake against Lily, with Trudy hanging in the balance. We are perfectly aware that it is not either Trudy’s safety or Blake’s singular claims on her affection that are at stake here; it is both. Add to this the tense music, the stakes rise up swiftly and dangerously. The effect is strongly emotive.

The uncertainty is only aggravated by the supporting cast. A friend exclaims that Blake is an only child, while the Sheriff calmly talks about Lily as Blake’s sister. With both characters having equal credibility, there is little by which the audience can come to a conclusion. The climax continues on the same thread of tense instability as the rest of the film, with Blake just as believable as not. Lily remains just as frightening.

Concluding on a gutting open ending, Oostman leaves the interpretation to her audience. There is much to unpack, sift through and distil. But the answer to the plot’s overarching question offers two options only, and neither one offers anything resembling comfort. Thrilling and hard-hitting, The Stranger manages to achieve what most open-endings do; pique its audience’s interests.