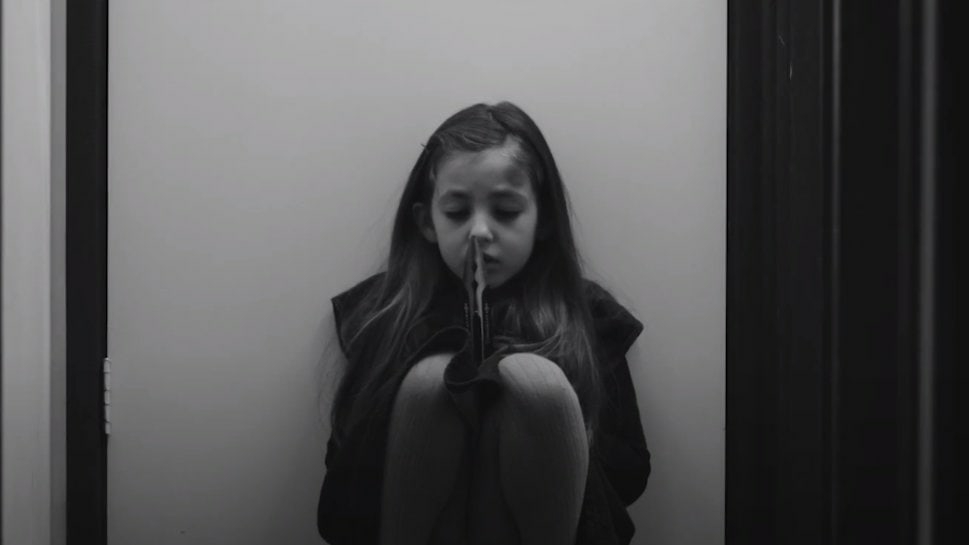 Countless books and films have explored this theme. Many have gone on to diversify and dramatise its endings. Few more have stretched it into feature lengths. So what makes Prakash Paudel’s 10-minute RedFlag different from the rest?

RedFlag’s focal point is on the mother whose domestic life is hell on fire, thanks to an abusive—possibly alcoholic too—husband, who has made life beyond difficult for her and her daughter. To answer the question raised earlier, Paudel adds different brush strokes to his film, to make it more striking. The abuse is never shown, the intent is. The after-effects of a violent episode are never shown, but explicitly implied. The environment is peaceful on the surface, and yet the simmering rage is palpable within. A background score is practically non-existent and the dialogues sparingly used. It is primarily the silences and the monochromatic setting of the film that sets it apart, making it more impactful and evenly tense.

Writer Alain Gratious has embedded all the hallmarks of a story of abuse, fear and subsequent consequences from living a life of it. What he smartly does is leave the dialogues mainly between the victim and her sources of help. Now whether they are in person or on phone is inconsequential, what matters is that besides the harsh, one-sided words thrown at her by her abuser, she is completely isolated—a fact that is repeatedly highlighted through the film.

Josephine Sulivan plays Jade, the scared, abused victim terrified for her and her daughter, even as Rufus, played by Christian Fox, has taken over their life like a bad rash. DoPs Laurel May McCarney and Jack Carter mostly settle for extra close-ups that may seem unwarranted, yet are a good choice if the intent is in creating a stifling, tense environment. And Enoch Nosa’s composition sets in only after the premise is already well established. Paudel does not stretch the scenes; the editing (Naveen Kumaresan) is neat, maintaining a steady pace. All of these choices together make RedFlag impactful.

Sarah (Ellie Tevelis), the daughter, begins as a child who has little to no say in her violent life, much like most kids who share similar circumstances. Soon, however, she becomes the pivotal factor that drives the climax.

Paudel’s RedFlag not only highlights the effects and trauma of being a victim of domestic abuse, but also the hard choices one is forced to make. Without giving away any spoilers, Paudel does manage to pack in a lot in the minuscule duration of his film, making it doubly impactful by leaving the audience with little time or space to digest the horrors they witness.