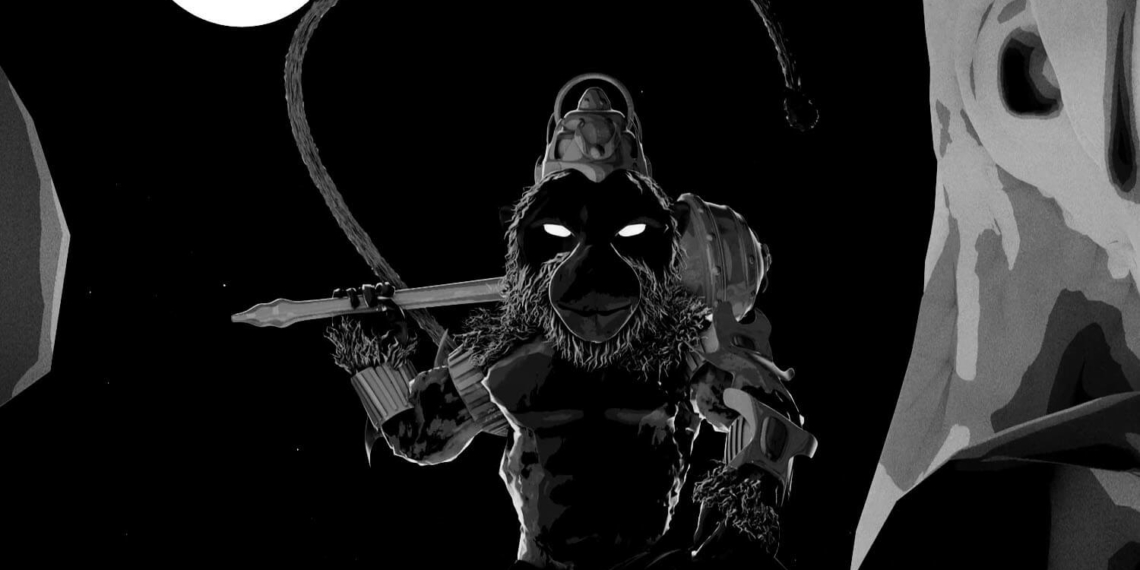 Saie Surendra’s Monkey Enters Lanka is as simple as its title is utilitarian. Based on the multicultural mythological tales of Ramayana, the 34-minute film is a quasi-modern take with a Sin City-esque look.

Featuring a multiethnic cast, the film is narrated from the perspective of an animated Hanuman (Surendra), who has arrived in Lanka as a messenger. There is a mishmash of visuals with live action, animation and CGI all thrown together. Hanuman narrates the tale in lyrical prose as modern women are shown, abducted and held hostage by Ravana (Dhvel Patel). The most common version of the myth appears to have been deployed here, even if Patel’s casting and performance is an obvious invocation of Abhishek Bachchan as Mani Ratnam’s Raavan.

Carmen Rain Lykoo plays the long-suffering Sita, steadfast and stoic in her captivity and her resistance to Ravana. It is late into the film that the much glorified Rama (Vijay Sodhi) finally makes an appearance in a flashback, the film recalling the task entrusted to Hanuman. When Hanuman makes himself known to her, Sita’s anguish breaks through. Glories are sung, plans are made and Hanuman leaves carrying an exchanged token of love. It is not long before Ravana appears with demands and threats. When his secrets are proven endangered, he leaves with an ominous ultimatum. Either Sita willingly comes to him within a month’s time, or she will be killed. The secret curse upon Ravana prevents him from touching a woman against her consent. Sita’s rescue now has urgency added to it.

Monkey Enters Lanka blends the modern world with fables through its diverse cast, story elements, and background score, as well as its use of CGI and derivative visual style. A mishmash of musical styles plays over the devastation as the film ends with the burning of Lanka–both Sita and Hanuman safe from it because of her divinity–and the promise of Sita’s rescue.