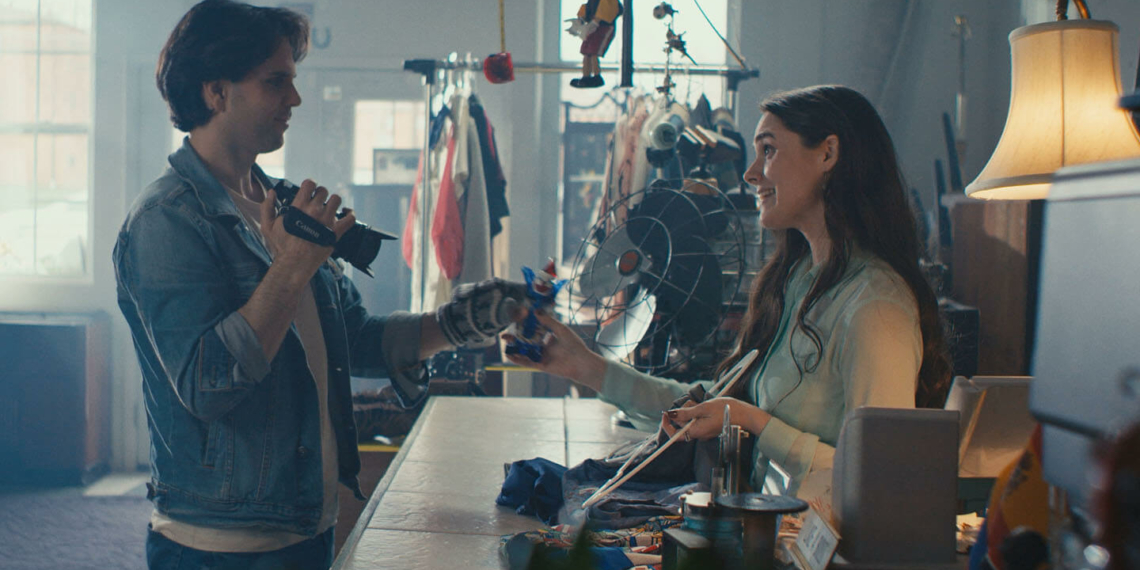 Tony Suriano’s Man Obsessed details the journey of its protagonist, Sam, through unrequited love, breakdown and a chance at a new beginning. An amateur songwriter, Sam’s breakdown is the point of the film’s beginning, finding him waist deep in a river, playing a broken guitar with no strings.

Thus Sam (played by Suriano) starts off in a bad place, delirious and in desperate need of help. The in medias res opening is striking and immediately hooks in the viewer for the 19-minute story. Sam is literally carried away and sent to a mental facility. The film does not concern itself with his time in there, but instead with how he copes with life once out. There are points of similarity with Silver Linings Playbook (2012), but where that is a dramedy, Man Obsessed is a simpler drama. Sam must learn to accept unpleasant truths.

The object of his obsession is Valerie (Karra Robinson), a woman who politely humours him but makes her disinterest clear. And as is later established, she is also dating someone else. Through his interactions with Valerie and perhaps his only friend (Neil, played by Sam Wright), a certain loneliness comes to the fore.

This is then reinforced by recordings of his mother’s complaints with his behaviour, played over the image of a solitary Sam. When he calls Valerie’s house and is rebuffed by her boyfriend, it shows a familiarity that could only have been born over time and more than a few such phone calls. What is worse, Sam’s navigation around that rebuff highlights his own unflattering portrait. Valerie is kind but firm.

This final affirmation of Valerie’s indifference becomes a test for Sam. He can either echo the behaviour that had him institutionalised, or he can chart a new path for himself. In other words, does the man leave behind his obsession?