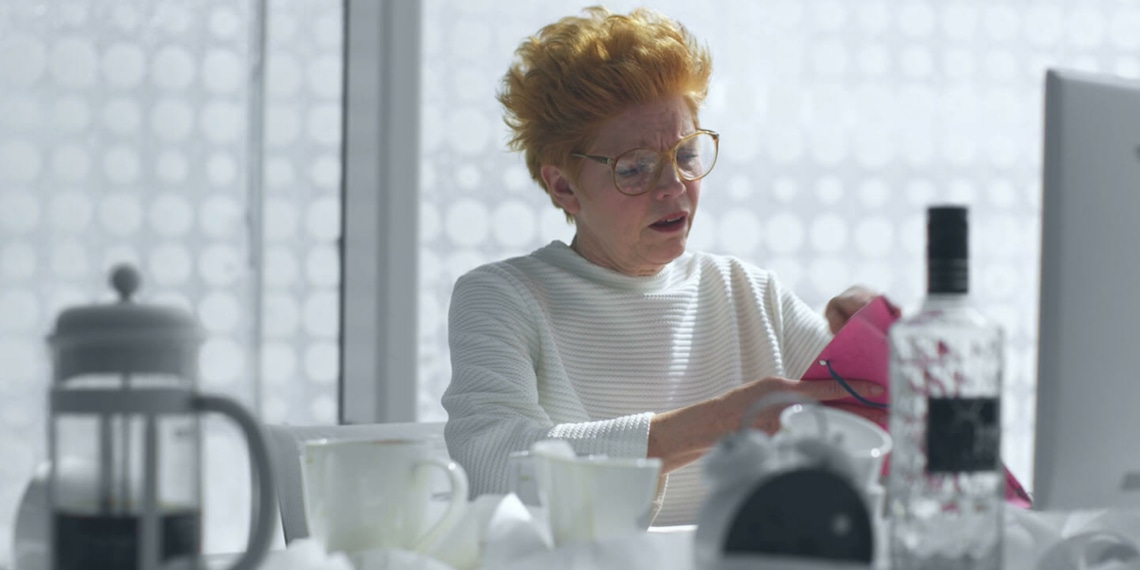 Veronika Bolotina’s I Don’t Know (co-written with Jacob Eriksson) is a very masculine Inside Out (2015) with a hint of Split (2016). A 12-minute comedy about the struggle of a man over asking someone out, the film goes further to involve the universe itself.

Interestingly, it is the universe and not God who is invoked here. And it is in anthropomorphic form—a woman (Kathleen Renish). The Universe, harassed by the never-ceasing needs and complaints of humanity, is tired and constantly in need of tea, especially when laced with vodka. Her latest bane is Jerry (Ryan Wichert). Phone in hand, the terrifying prospect of rejection on the horizon, Jerry is struggling to find the magic words which will keep him from heartbreak and disappointment. His audience (besides an increasingly exasperated Universe) is about 6 versions of him, who cheer him on or voice his doubts or deem the whole exercise pointless. There is even a child version of him to voice his deepest insecurities: never wanted, always rejected.

Surrounded by these voices, Jerry types and deletes multiple different versions of the same question: Do you want to go out with me? The Universe watches him flail. It is made particularly amusing given her office space. The gleaming white floor is covered with rolls of paper and wires, there are objects floating in midair, wires lie around like deathtraps. Everything reinforces the idea of the Universe as a very important entity with innumerable tasks of cosmic importance. And yet, her attention is taken up the agonising indecision of one man somewhere in the UK.

The man in question is now subject to a literal brawl inside his head between two of his versions. Who wins will perhaps decide what he will do.The chaos and confusion that he is experiencing end up consuming the audience as well.