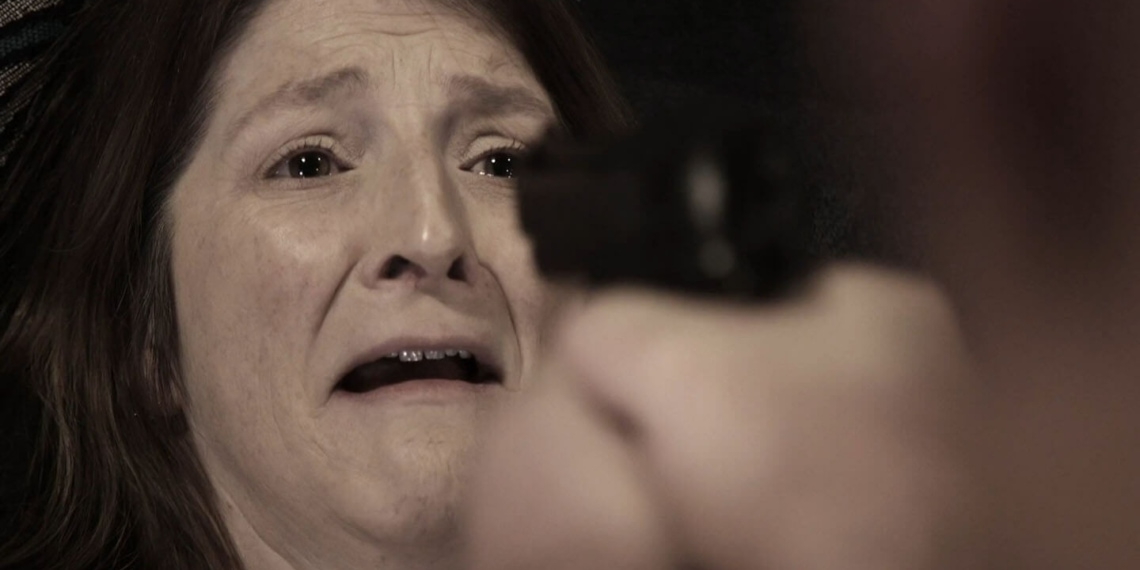 Joshua Nelson’s Faces of Dead Women is a 40-minute rape-revenge drama with a collective of survivors instead of a singular protagonist. Gathering at a therapy group for rape survivors, the unnamed women’s journey towards healing takes an unexpected turn at the behest of their leader.

When the film begins, it could almost be mistaken for a documentary. Shot as the telltale talking head interviews against a shallow background, the women speak of their traumas. Their primary feelings range from sadness, anger, shame, fear, hurt, and betrayal. As each woman recounts her horror, what becomes clear is the continuing nature of the trauma. Indeed, one woman puts it as a violation of not only their bodies but also of their minds. It is a large cast and a generally talented one. Their performances create palpable fields of emotion, capable of moving viewers.

Yet the film is structurally weak, its narrative failing to be compelling beyond the power of the actors’ magnetism. Once it begins to move from its “interview” sections to a more plot-based narrative, the film flounders. A second thread is woven with the group’s storyline. The therapist (Debra Holtzman) is shown in a session with a single client (Bryan Murray). A man, who speaks of his compulsive, insidious affinity towards women. His words evince the way his mind operates, and it is a dangerous one. Since the film takes its time to let the pieces fall into place, it is some time before the connection between the two storylines becomes clear. The turn is abrupt and struggles to emotionally convince the audience, and the quotes that are interspersed throughout the film are rather tone-deaf, steadily giving credence to the suspicion that perhaps this is not a story sure of what it is or what it should be.

Upon the therapist’s suggestion of a possible path of healing, conflict ensues over a momentous decision, leading to the survivors picking sides. With this, the narrative enters its final act, which finally brings its two storylines crashing together.

Faces of Dead Women is at its best in the first half. Not only are the accounts affecting and authentic, its title sequence itself is striking for its images of a graveyard. How many women’s lives has misogyny claimed, dead or alive?

Life 72: Adding A Weightlessness To Life And Death

Life 72: Adding A Weightlessness To Life And Death