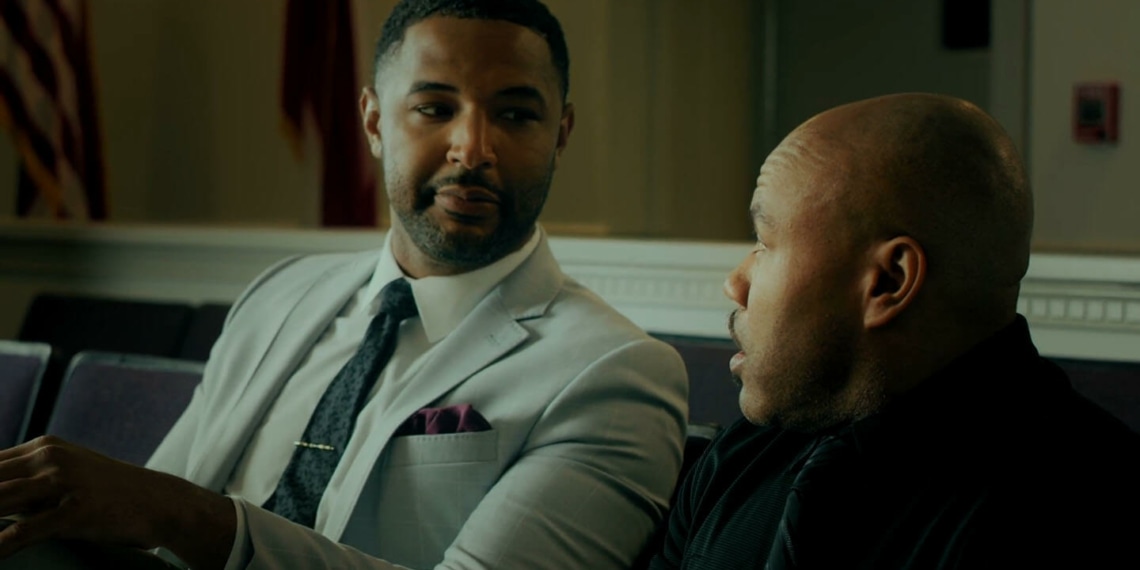 Ray Knowledge’s 10-minute short Service for The King is essentially a music video with a barebones plot thrown in. What keeps it going as a fiction narrative is its humour content. Focused on the day of a man’s trial on charges of service to the king, the film springs into music like a piece of surreal comedy.

The man on trial, PTtheGospelSpitter (Ashante P.T. Stokes, who is also the screenwriter) is the first to commence singing. All of the music in the film is hip-hop, as his name should suggest. The District Attorney (Gemma McIlhenny) is the only one who finds the abrupt eruption into music anything out of the ordinary. Her reaction, which the film brings back a few times forms some of the film’s comedic moments. PTtheGospelSpitter’s attorney (Angelo Diaz) is also a comedic character, throwing line after line of reassurance filled with arrogance and obliviousness.

Once the judge (Aulsondro Novelist Hamilton) comes in, he becomes the second to break into a song while also adding to the comedy. In a bizarrely funny turn of events, the DA gets the judge arrested. The film continues in this vein of comedy and music, the latter also having more serious, political overtones. It follows this with a two-minute gag reel, which adds to the overall film’s mood.

Service for The King is made for a niche audience, that being hip-hop fans. For the general audience, it offers surreal comedy, with a tinge of political commentary.