Slip: Codependency In All Its Agonizing Detail 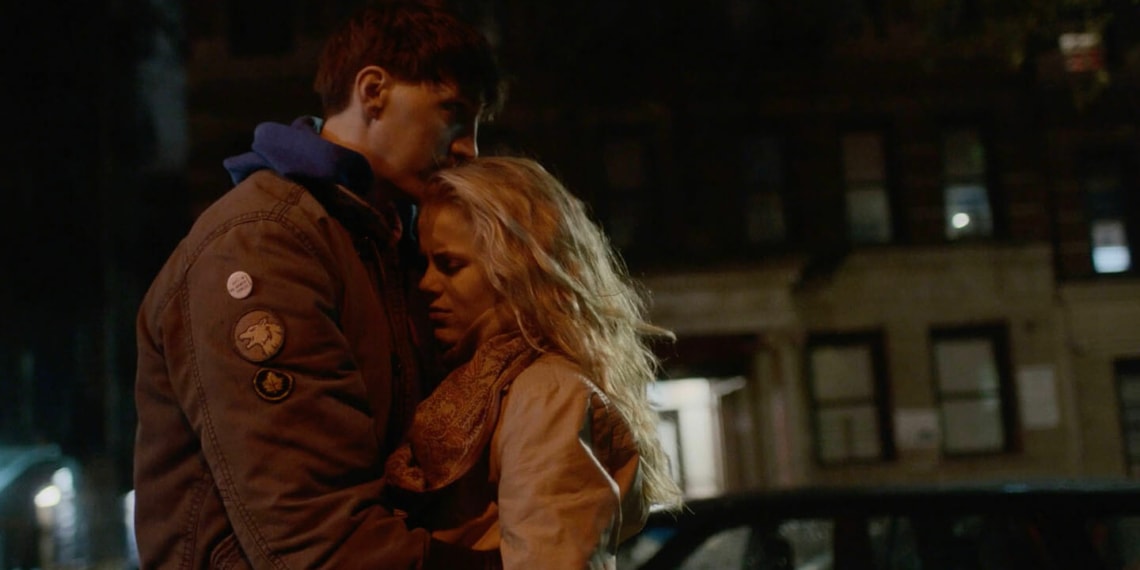 Lizzie Morgan’s 6-minute drama, Slip is a fragmentary glimpse into an unhealthy relationship. So resonantly does it realize the nuances of emotion that the impression it leaves behind is more sensory flash than articulate memory.

Set on a New York night, the compact story features just two characters, introduced smack in the middle of a breakdown during a fight. The one having the breakdown, Lydia (MaryKathryn Kopp) slumps against the steps of a building, gasping breaths matching the beats of the background score. Her partner, Roy (Alex Breaux) appears more inconvenienced than concerned, telling her at one point, you can be over it, if you just decide you’re over it. The film does not beat around the bush about the nature of their relationship; she is scared of him, and also emotionally dependent on him, exactly as he has engineered it to be.

The signs are everywhere: in cracked glass doors, in dismissive replies, in refusals to leave, in diminishing personal space. They are all around Lydia, and she copes the best she can by surviving each moment as they come, sometimes swallowing rage, and often clinging closer to the very thing which requires her to cope.

The strength of her rage breaks out in fragments of imagined scenarios, wedged in between reality. It is visceral and transcends the quicksand like powerlessness she grapples with. Camerawork and editing render the unspoken as inescapably obvious. Indeed, some of the worst transgressions, failings and slip-ups in the story happen without words. Kopp and Breaux, who have co-written the screenplay, embody their roles down to each uncomfortable, bleak detail. And it is a bleak ending.

The scope of Slip limits itself to the vortex of codependency that keeps Lydia returning repeatedly to an unhealthy bond, even when an escape, however temporary, is available. The bleakness does not necessarily determine it as hopeless, but instead throws the specifics of such a relationship into sharp relief. Run if you find the red flags reflected.

Slip: Codependency In All Its Agonizing Detail

Sunday Poem: A Portrait Of Loss And Old Trauma