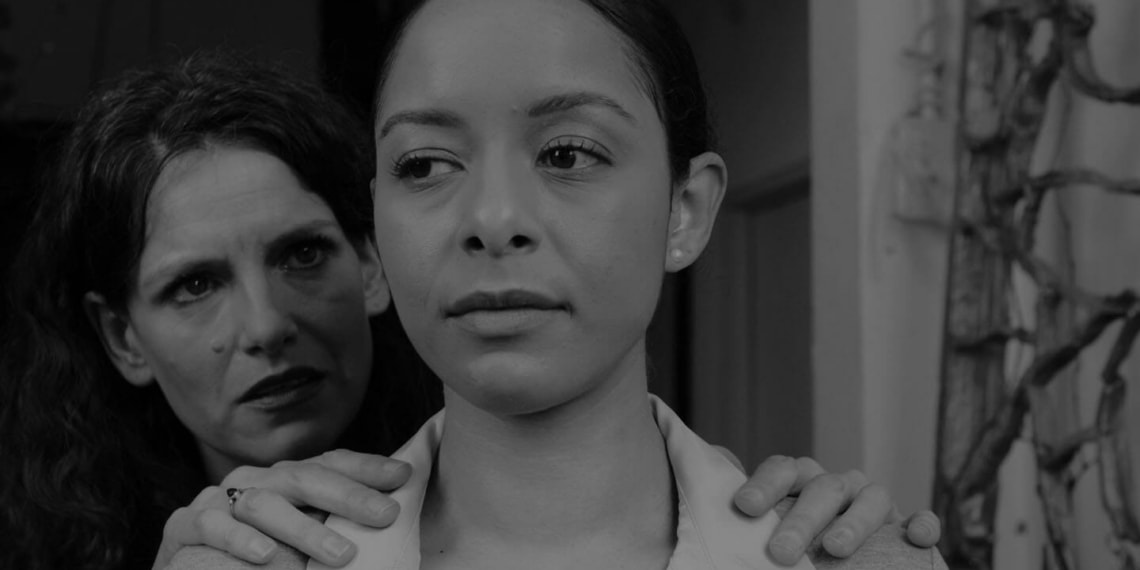 In his short film The Gallerist (written by Jesse Newman), Adam Holoubek invokes memory in all its subjective form. If one were to sum it up, lingering is perhaps the word that describes it best. Whether it is in touches, stares, sensation, or the very pace of the film, there is a lingering feeling to it all, just as memory functions.

The story features two characters, Lara and Antoinette, old lovers, who meet again. Time behaves on their terms here. How long they have been apart is hard to tell, and how long they spend together is just as ambiguous. The pace is leisurely but even, and the narrative fragmentary. Memory takes the characters to places away from the present, even as the present itself is constructed. Played by Emmeline Prior, Lara is an abstract artist, and as a result, art is an integral part of her life and apartment (where the story mainly takes place), as well as being thematically congruent.

Shot in black-and-white, the film comes with gorgeous framing and lighting, while making the effort to reproduce a 60s effect, and which it does admirably well. Interestingly, Antoinette is lit without shadows, standing out in a setting characterised by a strong interplay of light and dark. On the narrative level, while both Lara and Antoinette (Katya Collazo) are vaguely defined characters, Lara tilts more towards benign, while there is something unsettling about Antoinette, emphasized by Collazo’s dialogue delivery. Their relationship is evidently ill-balanced, and with a gothic quality to it. Antoinette is impersonal, while Lara cannot help but be otherwise.

The pace sets up an atmosphere of longing, loneliness, and even fear. Lara’s memories keep her rooted to a place and a person, and often and at length, she examines the contents of her memories. This is what the film is about: the dark and quiet despair of clinging to a past, to the point that time behaves differently. The Gallerist is romance with its darker impulses.