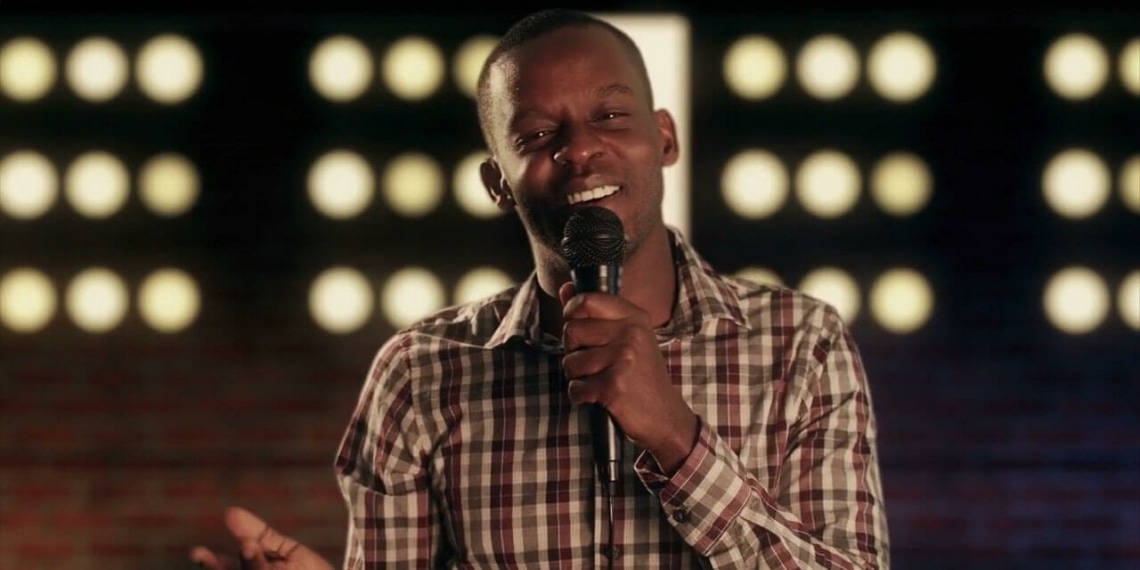 For a film that is about comedy and is partially a comedy, Jonathan Samukange’s Stand uP is rather aptly titled with a pun. Henry, a stand-up comedian, has to break the news of his career decision to his conservative parents and, when backed into a corner, stand up for himself.

It starts with a set. Henry (Raymond Karago, who is also the screenwriter) starts off with tales of living with conservative African parents (Ketturah Hamilton and Kofi Boakye). A- is not good enough, piercings are unacceptable. The delivery is good and the stories are in that “comfort comedy” space of being both funny and relatable. Phasing into his life off the stage, the film shows us an anxious Henry, faced by the nerve-wracking prospect of telling his parents that no, he will not be taking over the company, and there is this other thing about which he hopes they will become really accepting really quickly.

That does not happen, to no one’s surprise. Instead, the consequent blow-up lays bare the dynamics that the characters share with each other—including Henry’s (very white) partner, Amy (Mari Ørstavic), whom one parent relegates to a waiter, and the other treats with alternating cold indifference and rage. More importantly, the audience understands right away the kind of relationship Henry shares with his father, whom he addresses with Sir.

Boyake, who plays Henry’s father, steals the show. Even with such a brief role, he proves impactful, and leaves potent silence in his wake. As Henry tries to stand up to him, it is a spectacle of two compelling actors, and one does not know which way to look. There is, however, no doubt about who really holds the power, and it is not Henry. Standing up to your controlling family, after all, is never pleasant and rarely ends well.