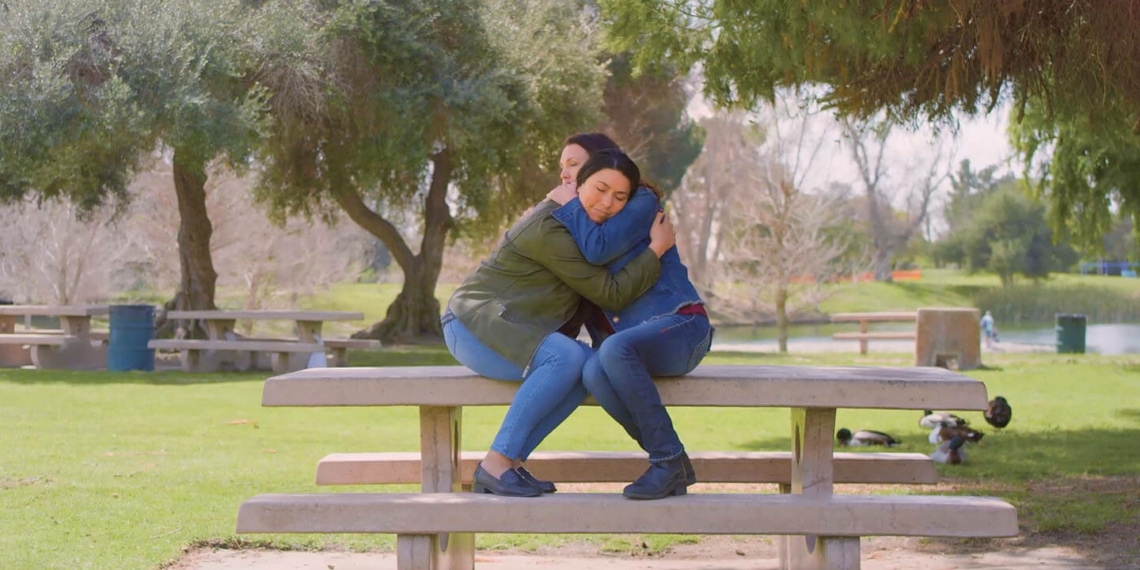 A quiet piece centred on and backed by friendship, Dianna Ippolito’s Lost But Found tackles the regrets and pain that come with the loss of a relationship. Two friends ponder on their individual heartbreaks, but now, braced by the comfort of each other, they also look toward the future with hope.

It is a simple film as far as narrative and space go: sitting on a park bench, with a view of a pond full of ducks ahead of them, Tanya (Susan Lavelle) and Charlotte (Shiah Luna) reflect on their lives, and the losses they have had to bear. Both have faced broken marriages. Charlotte is still struggling to move on. And yet, they display grace. They speak of their ex-spouses with love, even in the face of infidelity. Lavelle and Luna’s performances highlight the reflective mood of the characters’ conversation. Editing spreads it over the entire film.

The true core of the story is the friendship between the two characters. After all, it is with each other that they choose to talk of love and loss, of the heartbreak that still lingers, and of plans for the future, which they may face without their spouses, but because of each other, not alone. Tanya takes her time to break the news of her own plans; Charlotte’s reaction drives the point home for good measure: though they have lost love, they are not alone.

Though the film leaves something to be desired, its simplicity offers serenity. The dialogues wash over the visuals, each flowing in their own pace and yet in sync with each other. A balmy slice of life film, if a little rough around the edges.