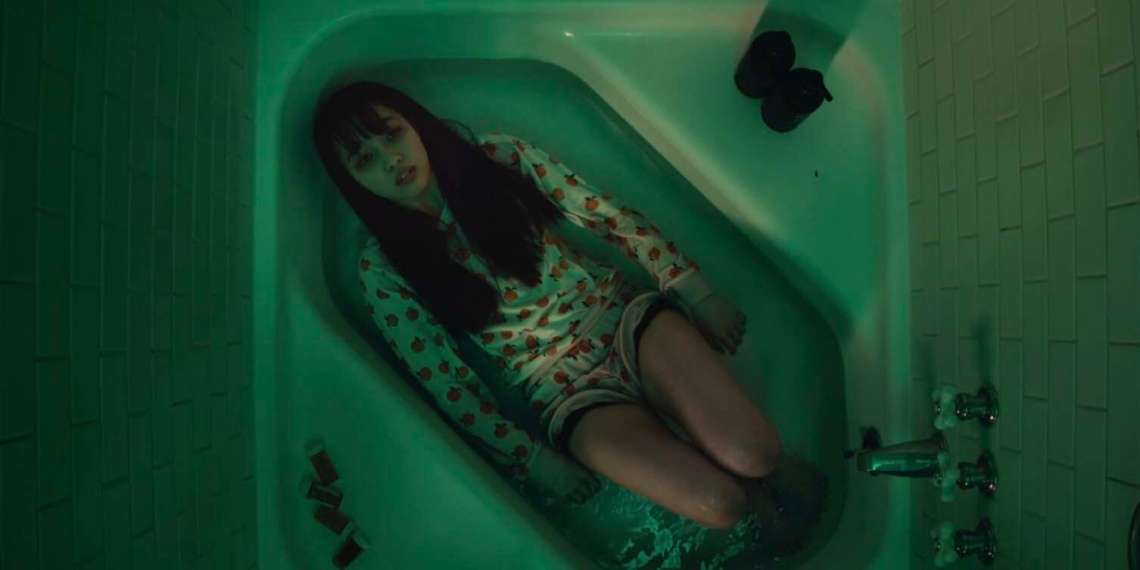 Ying-chen Shu’s 10-minute drama, delving into the death of its protagonist, a K-pop star, Bruised Peach leaves an impact. The death, a suicide, is caused by the cyberbullying and spates of hate comments that the star finds herself faced with.

The film opens with Kalli’s (played by Alice Yu) last moments. A journalist, Suzy (Angie Jho Lee) begins to look into Kalli’s death, and it becomes increasingly clear, even without Kalli’s POV scenes, what pushed her to it. Suzy begins interviewing commenters who left nasty comments on Kalli’s innocuous social media posts. Some as benign as a braless selfie. These interviews, filled with defensive stances or renewed attacks on the dead young woman, are the film’s strongest card. Some claim to have forgotten ever leaving a comment, others say she was asking for it, yet others defend themselves saying friends joke about things like that. Were you her friend, Suzy asks pointedly. The answer is obvious. Lee delivers a laudable performance. Her quiet indignation and barely restrained rage is strong enough to be felt by the viewer.

Bruised Peach delivers a blunt critique of audiences in their engagement with celebrities, their belief in their entitlement to comment on the actions and lives of people who exist in the public sphere. Each of the film’s exhibits are direct reflections of real life, and the way people conduct themselves online, buoyed by anonymity and the malicious satisfaction of criticizing someone who is popularly perceived as superior.

The last scene of the film, between Suzy and her boss (Tenzin Dhendup), is simultaneously beating the proverbial dead horse and yet the most stinging of the lot. In contrast to the interviewees, whose faces were never shown—symbolic of the online anonymity they took advantage of—Dhendup’s character fully occupies the frame. It also demonstrates Suzy’s changes of position, from one of control, to one of being under someone else’s control. In the brief minute that he acknowledges Suzy’s presence, he manages to deal some of the film’s most painful, venomous blows, not the least of which is his dehumanizing behaviour towards Suzy.

It serves to zero in on the real issues at hand: misogyny and cyberbullying. In Kalli’s case, as with many others, one fed the other, creating a vicious environment which brought pleasure to the public, not much different from the jeering masses at the gallows of ye olde days.

Hurricane Flora: Ghosts Of A Revolution

Hurricane Flora: Ghosts Of A Revolution