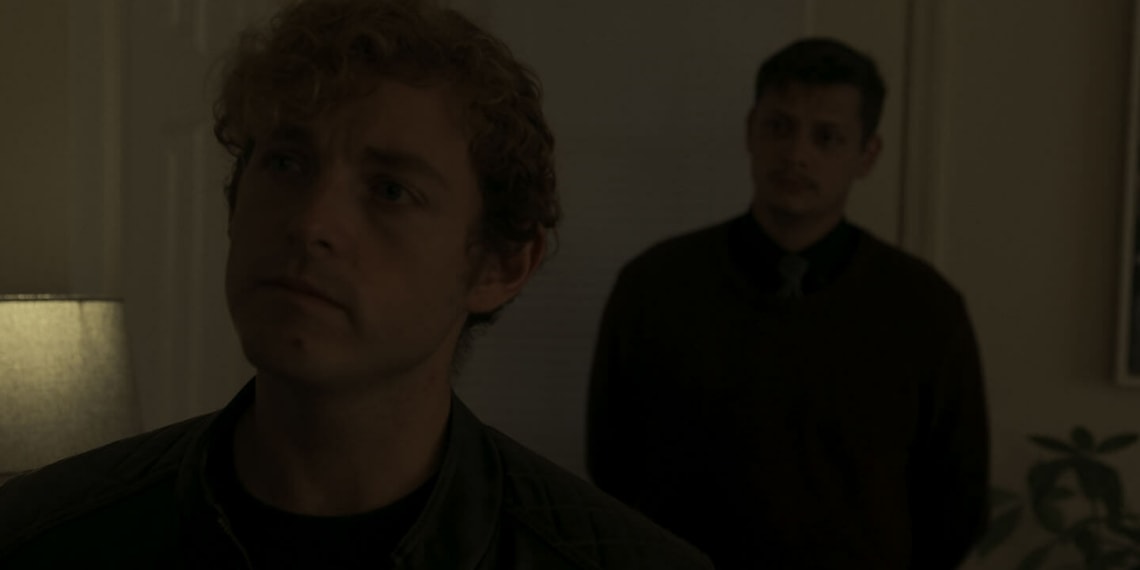 Dante Aubain’s Polaroid takes Patrick Bateman, and everything he represents, perhaps even more than that, and makes it anew, this time allowing the other side a spot at the table as well. In some ways, it is the familiar revenge drama, but looked at through the lens of American Psycho (as it is intended to be), the subtext comes rushing forward, creating a much richer work.

Two characters populate the screen of the 22-minute film. Arthur (Adam Paul Hunter), who is preparing for a date night until it is interrupted by Sam (Chris Jehnert), who speaks in riddles. Framed as a mystery with an almost supernatural lilt, neither the characters nor the plot reveal their cards, choosing instead to play with the characters’ and the audience’s expectations like a predator circling prey. It takes a few twists to arrive at something resembling the truth, and by then, both characters have their hackles raised, ever so elegantly. As an Englishman, Arthur is all manners and hospitality, even when juggling murder options. On the other hand, Sam is the wild west brought home, except there is something truly sinister about him, almost as though he is masking a stench of blood with his cryptic words.

The American Psycho parallel reveals itself with a carefully placed copy on a shelf. Arthur, rich and successful, is encapsulated in a single line of dialogue, When you have all the money in the world, and nothing to spend it on, you can only ask yourself one question, ‘Why not?’. The why not responds to a warehouse’s worth of whys. It evokes horror at the implications, but the film barely gives you time to dwell on it, because Arthur, even with his many forays into operatic monologues, does not find easy inroads into his solitary audience. Instead, Sam is as operatic and melodramatic as he is, and it becomes a strange, fascinating, mutual show of might.

It ends abruptly, and without melodramatics, which feels rather fitting, not to mention, satisfying. With the melodrama also ends the dread of sinister forces at play, returning everything to the familiarity and comfort of everyday mundanity. If American Psycho concluded on a note of continuing insanity and bleakness, Polaroid feels like something of a fixit. One that Patrick, no less, may himself have wanted.