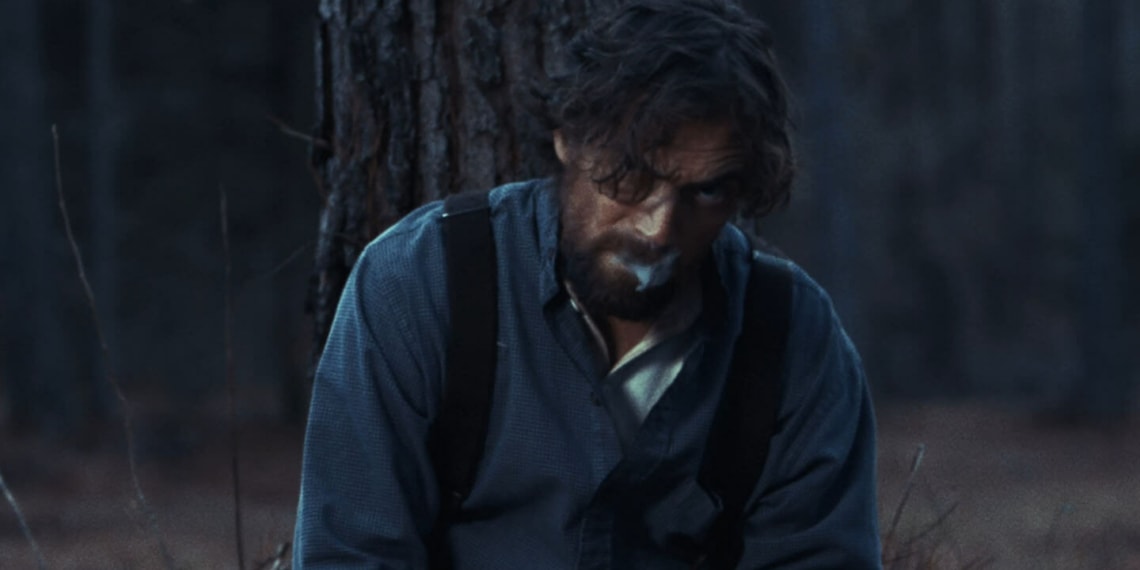 Homestead, written and directed by McKinley Benson and Enzo Hui, is more a horror than a thriller, centred on the struggles and eventual breakdown of a man trying to build a home in the open lands of Oregon in the 1870s.

The film bears in its mood an unmistakable resemblance to Robert Eggers’s The Witch. There are passing similarities with the narrative setting as well, what with the new start in an isolated place, with only the woods and animals for company. There are however, no supernatural elements involved. No witch to egg on Lawrence’s (Lawrence played by Russell Shealy) downfall. Instead, he is a ticking bomb from the outset, grappling with what looks like internalized shame. He is struggling to establish his estate. When a table, almost ready, does not quite meet his standards, he promptly takes an axe to it. The mill is not working, food is running low. There is no time, his pregnant wife (Sarafina King) pleads, but he keeps asking for more time. One of the thorns in his side are the relatives and extended family he left behind. Their offers for aid only bruise his ego further.

The environment at home is always tense. The couple’s daughter (Sofia Sorano-Xavier) almost never speaks, warily eyeing her parents instead. The 15-minute film uses these domestic scenes to steadily build-up to its gruesome climax. When not at home, Lawrence is out in the woods, almost always handling tools that could easily double as weapons. In fact, the reference to The Shining in that earlier scene with the table and the axe is not lost on the viewer. Disaster is a certainty.

Lawrence’s paranoia at losing control over his family, at potentially being seen as a failure, becomes his downfall. The inevitable explosion dooms them all. Even shown indirectly, the violence is affecting. To its credit, the film, though rather slow, has planted its pieces well enough that the viewer is able to sense what is coming just before it does. The volatility in Shealy’s portrayal certainly helps.

Homestead’s greatest strength is that its characters and atmosphere feed on each other, and the narrative progression makes sense. Nothing jumps at you out of the blue. Instead, the anticipation makes the suspense and dread worse (or better). And consequently, the satisfaction too.