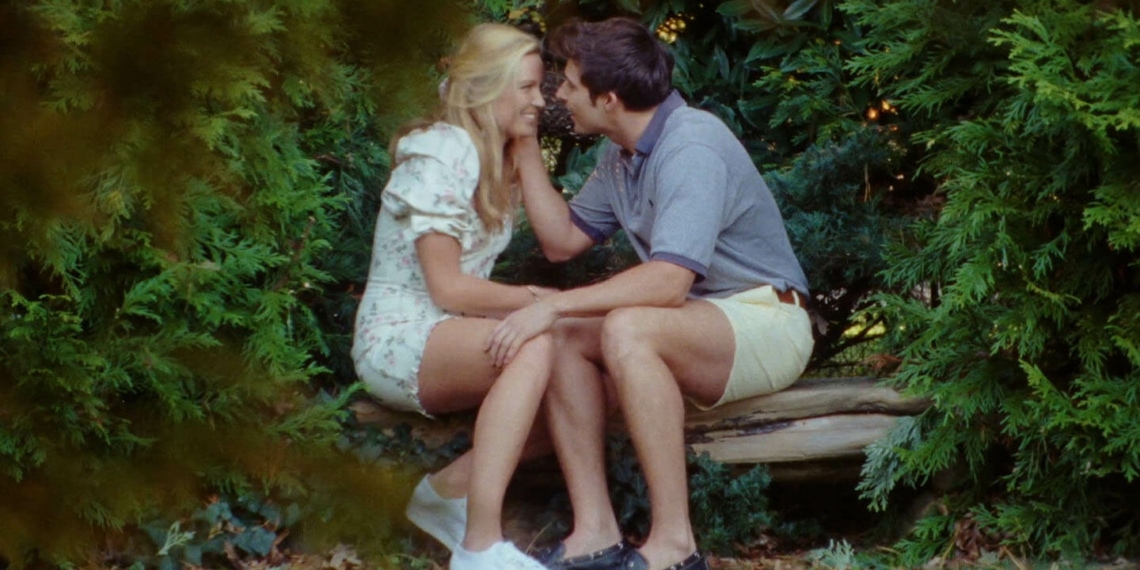 If you are willing to overlook the misleading heading, then writer-director Revell Carpenter’s 10:23-minute-long Goodnight is a slow-paced, non-linear short that explores the trajectories of two individuals who once shared something deep. But, don’t make the mistake of presuming the film to be melodramatic; it is certainly anything but that (to everyone’s credit)! And, due to its storyline and accompanying composition by Louis Weeks and Nick Prosper, what we get is, a good old romantic tale of bonds forged and memories made. But, Carpenter risks something more than that and it pays off well.

It’s the colour palette that plays a crucial role in building the narrative for Goodnight. The soft hues fill the screen as Daisy sits contemplating the ensuing night. In her hand is a card that she carefully tucks into her coat as calls begin to flood her phone. This is going to be a long night. In Daisy, we find the warm, girl-next-door, who we’d love to be friends with; and Carpenter who also doubles as the actor, brings a sense of calm maturity to the role. She isn’t a stereotype. She isn’t the archetype either. A regular person with shy glances and hesitation and carefree abandon amongst close friends, Carpenter makes Daisy likable—almost instantly.

At an engagement party that has the known faces, her eyes meet that of Ben’s (Michael Bonini) and we instantly pick on their history. The actors present such telling chemistry for their characters, that it becomes easy for the audience to connect with them. And, this is where William Macaulay’s editing and cinematography come to shine. Effortlessly switching between frames and points of view shots, the colour grading another unmissable highlight, what we get is a smooth-flowing, languidly paced parallel narratives of two phases of a much loved and cherished relationship.

Considering the effort the screenplay must have required to put together a film that doesn’t rely on its dialogues to dramatise its scenes, it is only reasonable for us to keep its spoilers away from the uninitiated. For, Carpenter’s Goodnight carries the universal questions pertaining to relationships and closures. When the host of the party Mark (McKylin Rowe) blissfully unaware of the brewing tension breezes into the frame, a part of us wants him dismissed for waking us from the reverie. Such good and believable is the tension built between the characters that it is only to the credit of the actors that a film of this kind is found to be affecting.

Carpenter doesn’t preach; her writing doesn’t have room for that. In fact, she trusts in the instincts of her audience to pick the shards of the broken relationship that plays out on the screen. She doesn’t reduce the sanctity of the relationship with a broken record that plays on self-pity or bitterness. Instead, calmly, maturely, she lets us read the card that she tucked in her coat and we realise Shakespeare’s quote on journeys ending with lovers meeting has a new meaning to it than we would have ever considered…