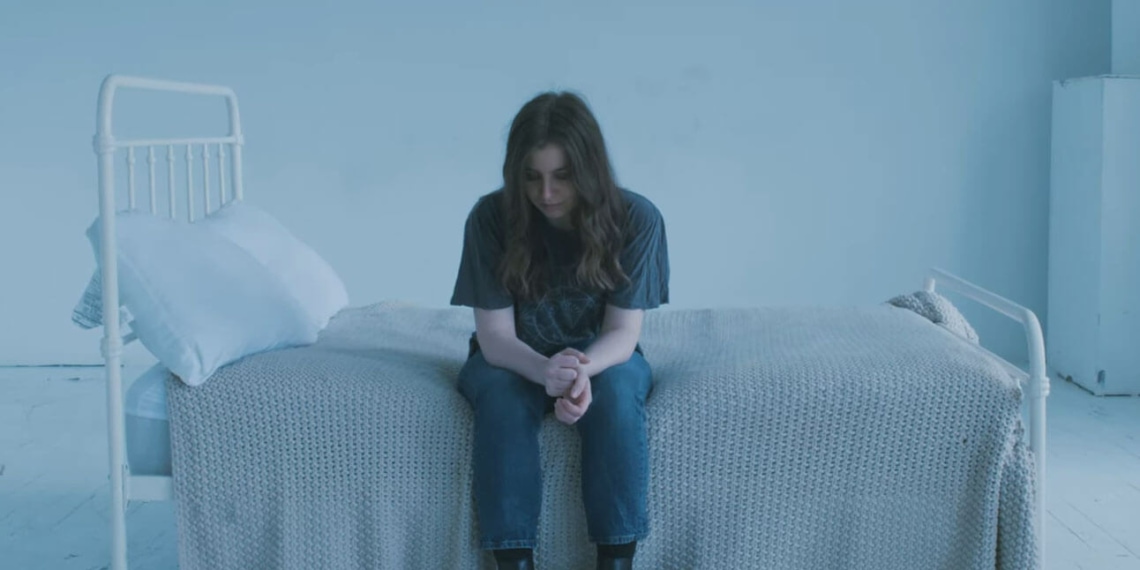 This film couldn’t have come at a more telling time. With one half of the world dealing with the virus and the other half with its trauma; and the conspiracy theorists somewhere in the middle having a field day—writer-director Elijah Rodriguez’s Daydreams, finds its place effortlessly somewhere amidst all this.

All of 5:27-minutes in duration, the film quite unaligned with its misleading title actually explores something dark and sinister. At Parasol, services are designed to cater to the growing demands of the population. A laboratory that experiments with innovative techniques to better the lives of humans, this organisation is what every state would hope to have. Except that it is none of those! Essentially an organisation masterminded by the mafia minds to test products before they are shipped off for illegal consumption, Parasol is the dreaded place Alice (Jennifer Barge) finds herself in. Her mistake? She responded to an advertisement for participating in a ‘‘sleep study’’ to raise funds for her mother’s funeral.

The film hardly covers the desperation or preceding moments that compelled Alice to take this step. Much is left to the imagination, which does well for the climax, but not so much for the build-up of the narrative. In fact, we learn a lot more of the film’s plotline from its synopsis than its screenplay. What, however, works in its favour is the colour palette. The bluish hue helps create an ethereal ambiance of an underwater laboratory built for secrecy. And, Steve Cifarelli who is the DoP, gets some interesting angles to consider in this bottle film.

When Dr. Steven Jennings (Frank Kosteczko), begins to test his inventions on the sole candidate at his disposal, Alice’s screams are only matched with ours. Even as we remain as clueless as her, we dread in anticipation of the ensuing events—after all, no experiments have gone well for the guinea pigs; have they? When Valerie (Denise Reed) enters the scene, although late by alarming standards, even for a film of such minuscule duration; we can only sigh in relief. There is hopefully some respite to this monstrosity or is there?

Daydreams carry enough material and potential for both; feature-length and series. With due consideration, Rodriguez already has a winner at hand. From stockpiling to black marketing, bio-warfare to exploiting the poor, the film carries the hallmarks of our present reality, already. In fact, in the coming days, perhaps this might even easily pass off for a documentary with its fictionalised account of all that’s happening around or already has.

As Dr. Jennings says in the film, ‘‘the revolution of warfare starts here’’.