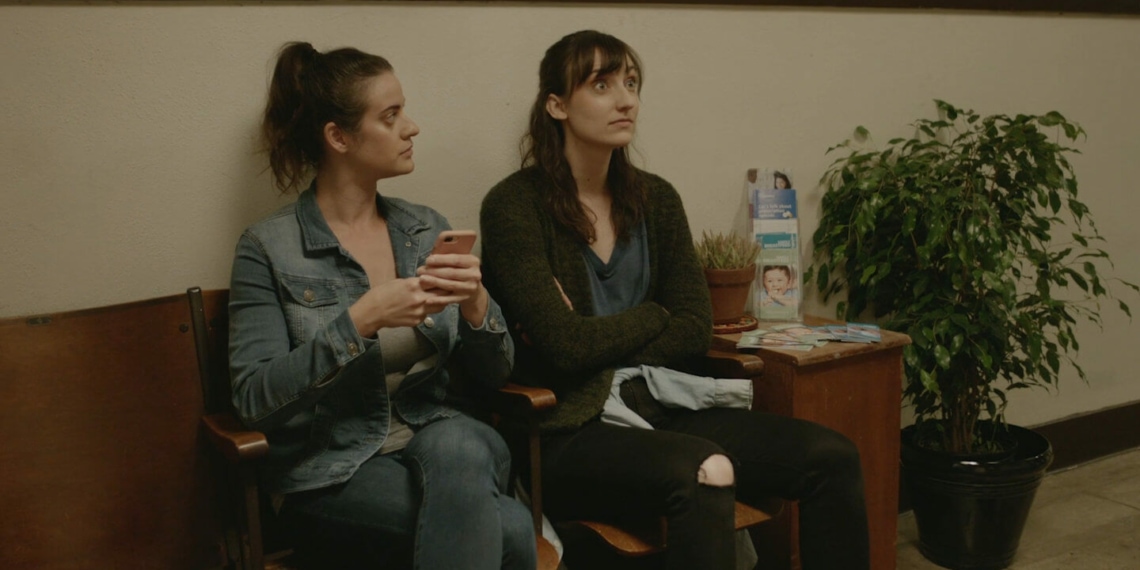 Oran Zegman knows how to play with narrative tension. And as she demonstrates with the subject at hand, she knows sincerity pays, far more than any disingenuous dramatic turn ever could. At the centre of her 10-minute short Mel and Ruby are two friends, one trying to get through an abortion with the least amount of fuss.

It is a captivating watch from start to finish. The titular characters are as much distinct personalities as they are two integral parts of a whole. Mel (Julia Manis), determined to be calm through the storm, is waiting to have an abortion. Her friend, Ruby (Skylar Schock) is less ‘cool’, more noisy, and entirely unwilling to go through it all without one honest conversation—which is the last thing Mel wants. The pregnancy is part of a now dead relationship, and Mel wants to move on, with the least amount of fuss.

Zegman shows her genius. The story immaculately removes itself from the political rabbit hole that is basically part and parcel with the subject, to instead focus on the acute humanity of everyone involved. And what do you know, it delivers a definitive answer to the political debate. To top it all off, it also serves as an honest, moving portrayal of friendship: messy and clumsy, but fiercely full of love and support. Editing plays a big role in this. It maintains the necessary tension between shots and scenes, so that the audience never forgets what the real conflict is.

That being said, the film is also self-aware, directly commenting on the history of abortion on screen. There comes a point when it looks ready to slip down the familiar, tired slope. But this is not that story. It pulls back and places things in their proper context. To Ruby, Mel’s heartbreak is bigger than her pregnancy; to Mel, Ruby’s friendship is bigger than Mel’s pregnancy. There are, in general, bigger and more important (and more painful) things than the unnecessarily painful burden of an unwanted pregnancy.

While The Cat’s Away…: Brilliantly Executed Quirky Short On Someone’s Idea Of Idling

While The Cat’s Away...: Brilliantly Executed Quirky Short On Someone’s Idea Of Idling