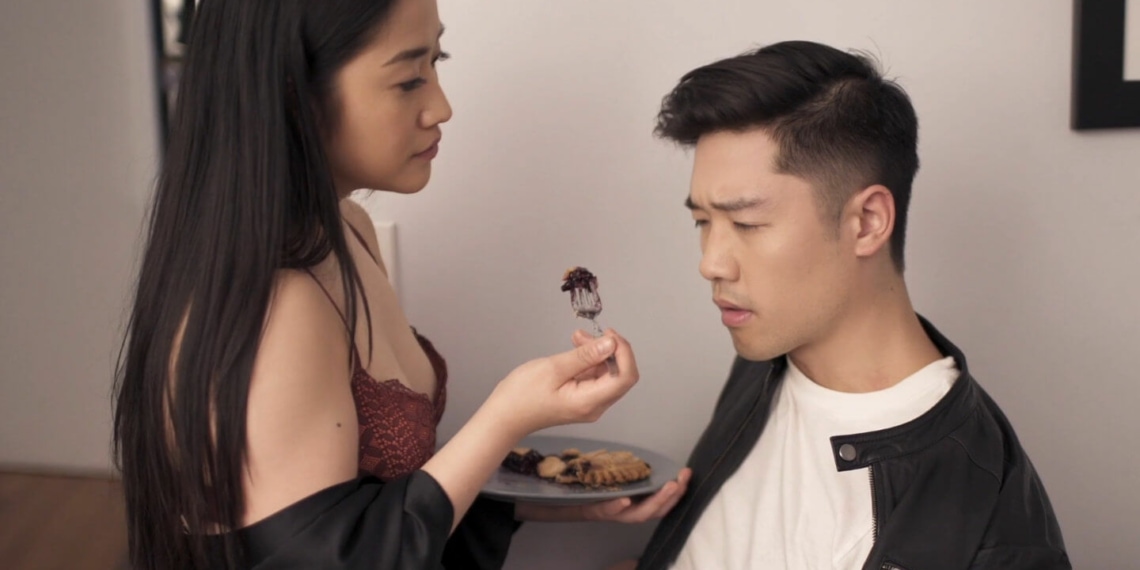 Co-written by Jubei Powers and (story) Ali Matlock, the 18:23-minute short is unusual on all accounts. For one, it gives the immense pleasure of watching Asians play the leads. And, another high simply because of the uniqueness of its tale presented. But, perhaps, the most deserving shoutout, for its versatile storytelling. Blueberry Flytrap is an engaging thriller that fuses multiple genres and yet seamlessly presents a story of obsession, fantasy and its unpredictable consequences.

Before you are complacent into compartmentalising this film as yet another story of an obsessive stalker and their predictable ways at controlling the narrative, picture this: a young woman receives a mysterious gift that helps her find her voice to confess to her neighbour, the feelings she has been nursing for him. Interesting enough? If Ecto Des’s music composition doesn’t do it for you, then this should. The synopsis of the film belies its creative genius. For she isn’t the simpleton she presents herself to be. He isn’t as coveted as one might imagine him to be. And, their narrative isn’t as orchestrated as we might like to believe. That all is fair in love and war is now blasé, but how about fantasy and obsession sees no boundaries?

From its very opening shot, Des remains our guide into understanding the pulse of this film. As mentioned earlier, the short blends in multiple genres. Take for instance the meet-cute. Ji-Yeon Park (Meejee Kim) is returning from the market when she bumps into Michael Song (Arthur Axis). Pretty uninspiring. But, as the camera pans to give us the vantage viewpoint of Damon (Carl Ellis Grant), we realise there is much more at stake. Clearly, Park isn’t the sole narrator of this story. That having said, the dialogues, music, pretty much everything implies the comedy that is to become of Ji-Yeon and Michael. Or does it?

Kim as the seemingly innocent neighbour is convincing. She makes Ji-Yeon Park likeable. Her nervous, ridiculously embarrassing efforts to chalk up a decent conversation with her crush easily draws the chuckles. Axis, on the other hand, makes Michael the ultimate catch. He is the desirable man from the neighbourhood. Director Ali Matlock would easily be forgiven for choosing a scene or two to imply this. However, he sticks with Amy (Annie-Sage Whitehurst), instead, to establish Michael’s fidelity and commitment. The characters are interesting as are their arcs projected—a considerable feat for a film of under-20-minute duration and an unusual subject of a supernatural thriller genre.

It would be near impossible to describe the essence of the plot without divulging any of the spoilers, so, we’d let slip on the editing by D. J. Ecal that does a marvellous job at effectively transitioning the animation into the central narrative of the film. Blueberry Flytrap that uses a cyclical narrative keeps its audience engaged by breaking the monotony at regular intervals by either relying on its editing or cinematography to maintain the thrill quotient in its timeline.

Chris Skiles, however, needs a special mention. As the cinematographer, not only does he smartly incorporate the scenes between Lee Jiwon (East Grace Lee) and Choi Ah-Sung (Hana Kim), but he also expertly handles the camerawork by including multiple close-ups, long shots and overhead shots, each contributing strikingly to the plotline.

Who was the generous benefactor who left the mysterious gift at Ji-Yeon’s doorstep? Does love conquer all? Is the obsession over a stranger worth jeopardizing it all? Matlock manages to bring elements of mythical folklore into very contemporary times. And, by setting the film within an urban landscape, he offers his cast a brilliant opportunity to experiment with their roles. While the screentime focuses heavily on Kim and Axis, the supporting cast is no less commendable in their contribution. In fact, it is their very presence and well-written characters that make Ji-Yeon and Michael shippable.

Blueberry Flytrap offers a unique story. Not surprising then, that it is narrated in the most visually telling ways of animation and graphics and pure drama.

Watch this one out for an engaging thriller meets dramedy short.