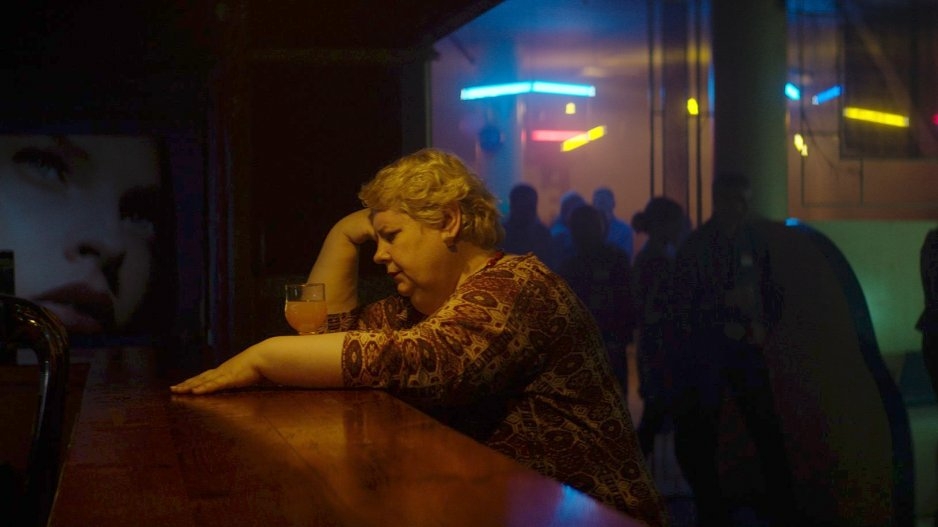 “Because Ukrainian women have class and they are obedient”, she says without batting an eyelid. It takes a while for the audience to gulp down the open sexism and misogyny in Anna because it is so masterfully captured that the nauseating reality feels encompassing. Director-writer Dekel Berenson’s Anna isn’t easy to watch. It explores the dating culture, the promise of American life and the desperation of Ukrainian women in a 15:19-minute long film.

Anna (Svetlana Barandich), a middle-aged, single mother of an adolescent girl, works at a meat-packaging factory. The opening shot, a seemingly innocuous one, sees her accompanying her male superior who sizes up the carcasses in figures and numbers. Come 10 minutes into the film, this scene comes back to hauntingly bite the audience for their innocent ignorance. That is the true genius of Berenson’s Anna, that it is ingeniously subtle, leaving plenty of cues in the open for the audience to nibble on.

Anna’s desperately lonely life hits harder when set against the cold Ukrainian canvas. Her existence barely noticed, even by her daughter, the scenes between the two only highlight the loneliness of existence. Barandich is brilliant in her performance. That unmistakable, lifeless persona is hard to emulate, but she does it well. We see her go through her day, like clockwork and so convincing is she in her act that we need not see the repeat of it to be convinced of her routine. A chance radio advertisement by the ‘Foreign Love Tour’ agency that calls for free registration of women looking for love, specifically in American men, piques her interest. Could this be her ticket to freedom from the cold, dreary nights in Ukraine? Could this be her once-in-a-lifetime chance to go to the promised land?

The event organizer nearly baulks at Anna’s sight. She is not what they would ideally want at a dating service event. But this is not about true love. This is about escapism, compromise and something far worse that is best left out. Milking the desperation of countless such are agencies like the aforementioned Foreign Love Tour, that have eventually managed to build for themselves their multi-million dollar enterprises. As the American men enter the scene, it is far too horrific to sit through, so much so that when the translator (brilliantly enacted by Alina Chornogub) holds the conversation for Anna and her potential mate, it is hard-hitting.

Cinematographer Vova Ivanov captures the hollowness of Anna’s life even in the cramped spaces of her apartment and the unappealing settings of the meat factory. When we see her walk back home from work, her life, a naked display of underachievement bordering on failure, the defeatist stance she has is palpable and painful. Anna is steady-paced, even as the film takes off with the seemingly hopeful twist in the plotline, the smart decision to keep it even in its pacing works wonders in making the story even more effective. Yegor Troyanovsky’s editing does as much good to the film as does the colour palette chosen. But nothing could have done better than the final shot of Anna sitting all by herself as Lady in Red by Chris De Burgh plays softly in the background.

Anna is a painful and poignant film that uncovers the happenings of a distant land, but one that is far more pan general in reality.