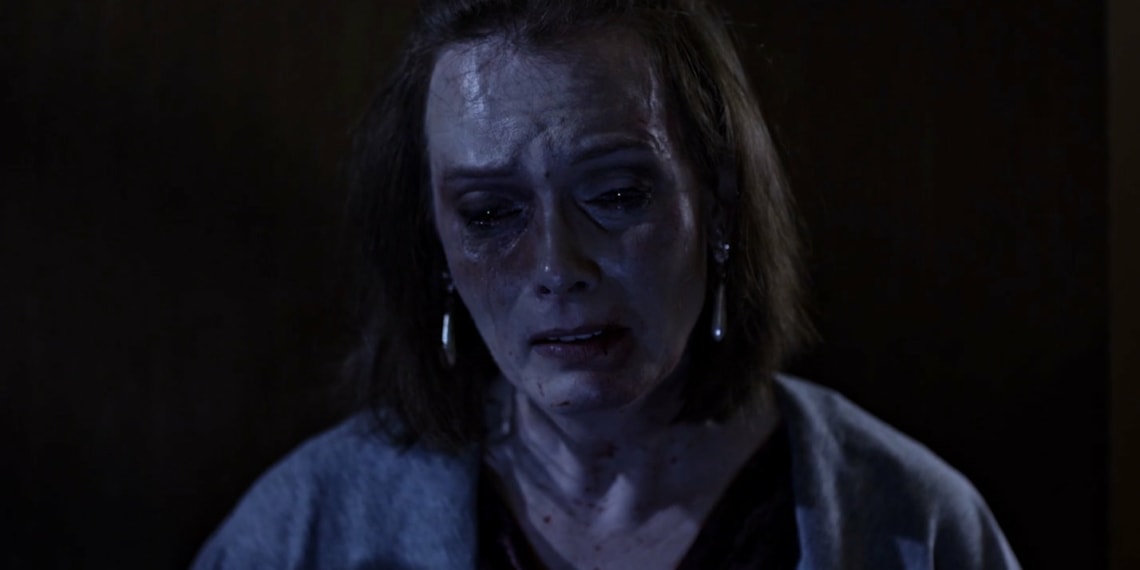 The strange thing about abusive relationships is this: the victims have a hard time believing their friends, experts and even themselves, when told that their partner is in fact, abusing them, or that it will only get worse with time. Perhaps it stems from confusion resulting from a shaken sense of self, or perhaps, from a reluctance to think it possible of a loved one to harm them, even when faced with hard, undeniable evidence.

Director Jim Morrison and screenwriter Cynthia Crofoot get this dissonance spot-on in the 9-minute drama, Obdurate. We see two versions of Donna (played by Crofoot), one on her wedding day, and in another, a bruised, bloodied woman, talking through sobs. The film opens with the latter, Crofoot’s unaffected performance seizing attention immediately.

Cutting back to her wedding day, we see a very different Donna. But the film takes care to subtly highlight that though it is her wedding day, though she appears happy, she is by no means unhurt. Her fiance’s (Tony, played by Andrew Jackson) actions make themselves clear even before he has appeared on screen. The loud banging, incessant calling, carry hints of something much worse, even if they look innocuous enough on first sight. Soon enough, she is dressed in her wedding gown, covering up a new bruise on her face.

The story dabbles in sci-fi, but successfully steers clear from its pitfalls when used in an otherwise ‘regular’ setting. It fits in neatly, without drawing too much attention to itself. Diane Johnston’s very brief appearance makes its mark, contributing to an effortless wrap-up.

In retrospect, Obdurate’s story, its title, and the reality it depicts makes for an unusually accurate portrayal, having all its elements in harmony. The questions it asks are deceptively simple, as it clearly knows how difficult—and crucial—the answer can be.

The Sleepless: Kami Sadraei’s Twist On Facing Your Issues