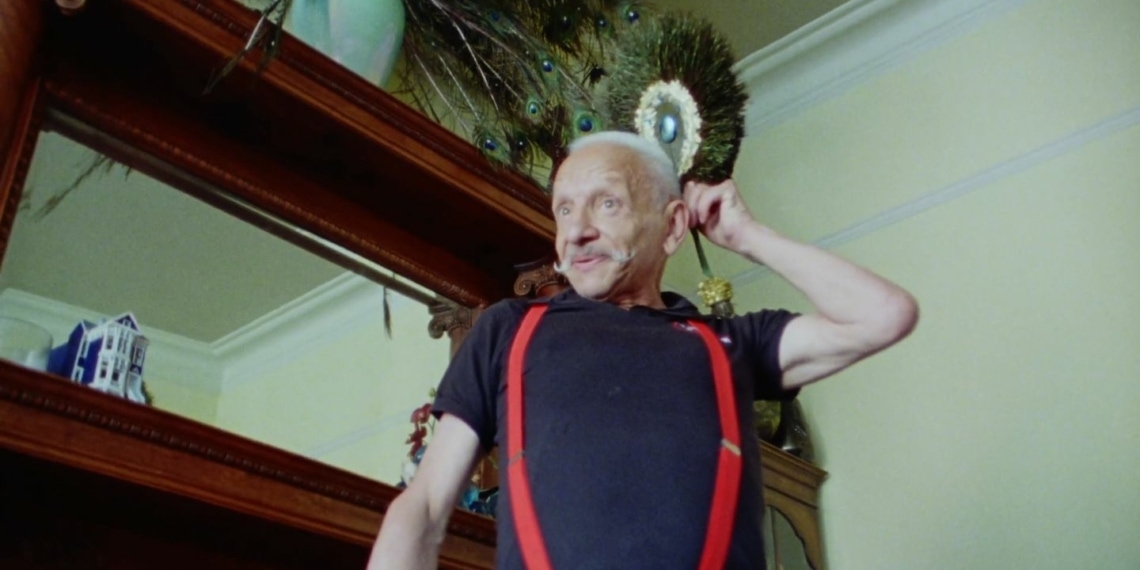 This is essentially a love letter written not just to the man on whom it is based or the city he belongs to, but to the entire world. At a time when the whole world is grappling with the pandemic, it is something of a bittersweet reminder that there was an epidemic of another kind that wreaked havoc in the 80s—and the human spirit triumphed.

Director Danny Navarro takes us back in time, and not just through his narrative that is set in interviewing the famed Latino costume designer Miguel-e Gutierrez-Ranzi, but also in the vintage tenor he evokes through 16 mm film. San Francisco is painted in broad strokes of nostalgia and present-day glory as the film alternates between archival footage and present-day filming.

With 13:23 minutes of deep, philosophical reflection on a man’s life as he speaks of his love, loss and hope, what Navarro essentially does is show us a mirror to the undying spirit of the human soul. Miguel is captivating, and not only for the life he lived, but for the person he is. An unmistakable Columbian accent and a face that readily breaks into a smile, he is charming and easily likeable. As he walks us through his creations, we get a peek into the 80s, the flourishing LGBTQ culture, the celebration, and the horror of the AIDS epidemic.

Navarro lets Miguel remain the centre of focus, even when the scenes reminisce through the archives. As Miguel talks about his life, the nickname handed over to him for his effeminate ways in his youth, and the tattoo that he makes of it, we get the glimpse of the man—spirited, philosophical and lively. It is because of this very nature that when the documentary plunges into the scene of the tragedy and despair that comes of the AIDS epidemic, it hits harder.

Miguel, whose creative pursuits have continued, remains the pivotal point that Navarre uses to pace his timeline. And cinematographer J.M. Harper deftly alters between handheld shots and wide angles to give us the intimate portrait of a man whose life is an open-source of inspiration. Having survived the worst of the 80s and 90s phase where even obits were limited by the news agencies for running out of space, Miguel presents a picture of hope. The documentary is less of an educational source and more of a humble dwelling on an elusive artist’s life that the world is allowed to understand only through his creations. The colours, the objects and the creativity explored can best be summed up in the scene where Miguel reads out the comments left at his doorstep from his well-wishers and audience.

The sadness is there, but as Miguel says it best, life has been but a sparkle. As he looks into the camera for the final shot, William Ryan Fritch’s composition stays on and one is left with a smile thinking of the inspiration, hope and warmth imparted.

#ShortFilmReview: My Neighbor, Miguel: Before the COVID-19 pandemic, there was another that plagued the 80s. Click To Tweet