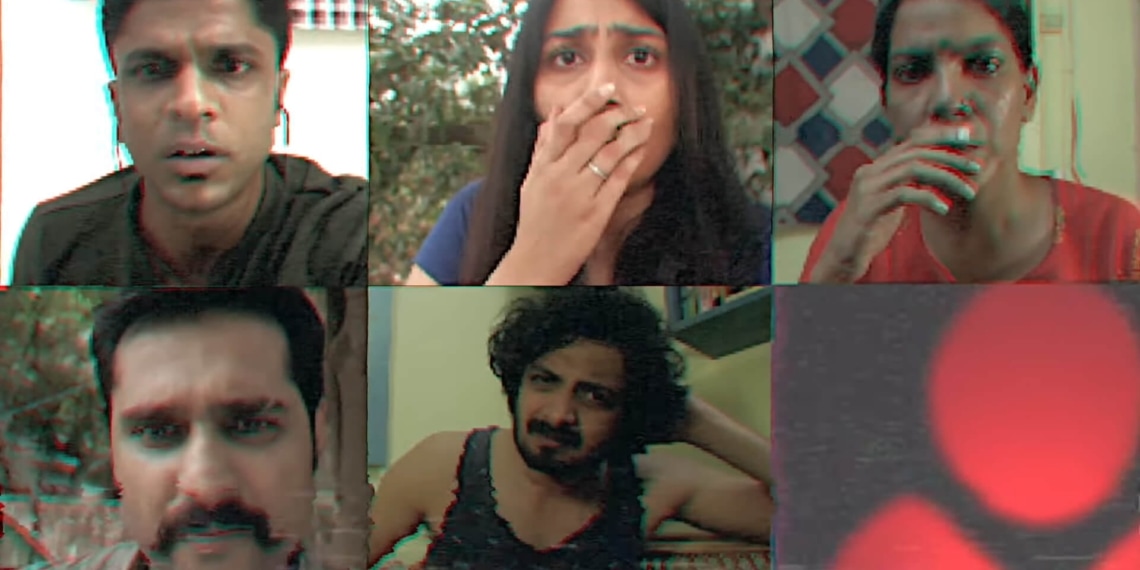 Global lockdown has exposed us to several novel techniques in filmmaking. From remote editing and directing, filmmakers have displayed resilient ways to complete their projects. It’s one thing to experiment with equipment and gadgets, quite another to make something meaningful out of it. To the credit of the cast and crew of Oru Naal, Oru Aal (which translates to One Day, One Time) the film surpasses viewers’ expectations as the narrative unfolds.

Five random strangers are introduced to us, in what might misleadingly seem like an anthology of sorts. With almost nothing in common except their native tongue, a digital blackmailer threatens to disclose all of their private details if they refuse to join a scheduled video conference. What binds these seemingly unrelated individuals to one another? What’s the common denominator? The unravelling of that mystery remains the central focus of this 18:46 minutes long film.

Too many films involving an ensemble cast fail at balancing the character dynamics and screen time. Oftentimes, characters are introduced only to push the narrative from the lead’s perspective. The genius of Oru Naal, Oru Aal is that all of them play the lead — surprise, surprise, even the unseen character is a lead. By bringing all the five actors together into a grid while keeping the blackmailer’s identity a secret, what the director-writer (Praveen) manages to achieve is to sustain the build-up and subsequent tension. It’s a puzzle that he invites us to solve, along with the characters, while not letting them break the fourth wall, even though they have all the reasons to do it. The plotline not only heightens its thrill by the second half, but also peaks with well-choreographed face-offs. As the characters begin to solve the mystery, the identity and intent of the caller still kept a secret, we realise that we too are, unwittingly, a witness to this whodunit.

Cinematographer Joyal Zacharia has very limited options to exercise, and yet he frames the scenes in a neatly edited (RDS Prasanth) sequence. The screen breaks into colour (or lack thereof), alternating between grainy textures and undiluted shades offering the narrative its fillip. Abubakkar M.’s music really gets the pulse of the film, initially misleading one into believing Oru Naal, Oru Aal, to be a comedy, which it isn’t — although it does have its moments of laughter, but at best, avoidable. The film has the potential for being an excellent thriller right from its opening shot.

Oru Naal, Oru Aal was filmed during the lockdown in India. Considering the final product, all the way from its conceptualization to post-production, it has certainly managed to hit the right notes. Reserving the spoilers, what can be disclosed is that Oru Naal, Oru Aal is the success story of Praveen. To have provided a watertight script to his actors only made matters easier for the cast to bring to the screen a thoroughly enjoyable thriller.

Who and what is the intent behind the blackmailer remains the quest in this short, but for a film as well-executed as this one, the question matters less, it’s the unravelling of it that matters more.