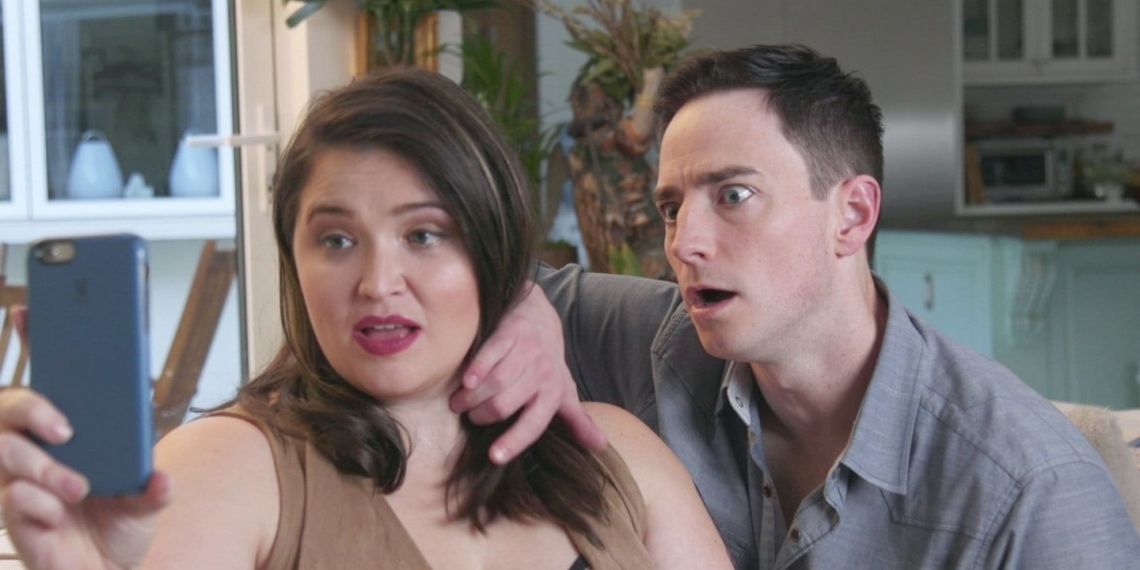 What directors Sonia Gumuchian and Katherine Eaton’s Home Entertainment does is neatly package people’s pet peeves, secret desires and subversions into an anthology of three parts, with each raising the bar in disbelief and hilarity. The three stories, told linearly, holding keys to multiple subtexts, simply offers enough material to mull over, even individually.

Unbeknownst to the couple that has eyes only for one another, or rather their fetishes, Steve and Tanya, who have booked a romantic getaway for the weekend, are being watched. A bunch of wealthy snobs have gathered around their den, dining and drinking while live-streaming the visuals from the rental. While it alters between embarrassing and absolutely cringeworthy, what really saves the plot is Jon Root and Savannah Southern-Smith who play the couple. Root and Southern-Smith are simply a delight on the screen. Their couple goals met, when their romantic encounter reveals something totally unexpected, we are as dismayed and shocked by it as the peeping toms. It’s to the credit of the directors that Home Entertainment, despite its very unusual theme and portrayal of ordinary civilians, that it gets away with accolades instead of brickbats. For somewhere, we identify with both, the guilty and the innocent.

It’s interesting to note how the screen time is well balanced between the voyeurs and their hapless target(s). Jarod Wang, whose cinematography offers enough CCTV footage, alters between the frames, and the transition is effortless, thanks to the neatly paced editing (also by Gumuchian). At times we become one with the elite lurking behind their streaming screen and at others with the ones whose idea of privacy is simply robbed, unbeknownst to them.

What works in favour of Home Entertainment is its ensemble cast. It’s hard to pick the actors from one another; each bringing to the story an unmissable tenet to its plotline. For instance, Brock Ciarlelli, who plays Ben, is simply the best comic, while his co-actor Kei’la Ryan, as Amy, comes along to add to the already building laugh riot. For as the duo’s intended venture unwittingly invites more company, pun intended, we are left amused, perhaps more so because somewhere Gumuchian & Eaton have managed to drop the pretenses in their characters. As the true nature with all its ugliness begins to take form in the privacy of their cocoon, we recognise where the notion of superiority comes for the ones who are in fact, in the wrong. It is, after all, the fun at the expense of others that draws the most chuckles. To the writers’ credit, this doesn’t end up making us feel any better or worse; we are simply a witness to a debauched attempt at entertainment.

For a film that is only 19:52 minutes, Home Entertainment packs in a lot. However, where it falters is in offering a climax that could have matched its sustained comedy. The sharp, unexpected turn into crime-horror comes out of nowhere, leaving the audience perplexed which only gets further accentuated with its cliffhanger ending. But the short’s saving grace, as mentioned before and noteworthy of being reiterated, is in its cast. Benjamin Sturley’s composition is mostly congruent with the characters and their individual plotline, making it helpful to instantly tune the audience into what would have otherwise seemed too chaotic.

Home Entertainment carries with it the nagging truth of it being inspired from real-life events and when presented with a generous dash of comedy, unexpected thrills, and embarrassingly real anecdotes, what we get is a complete entertainer.