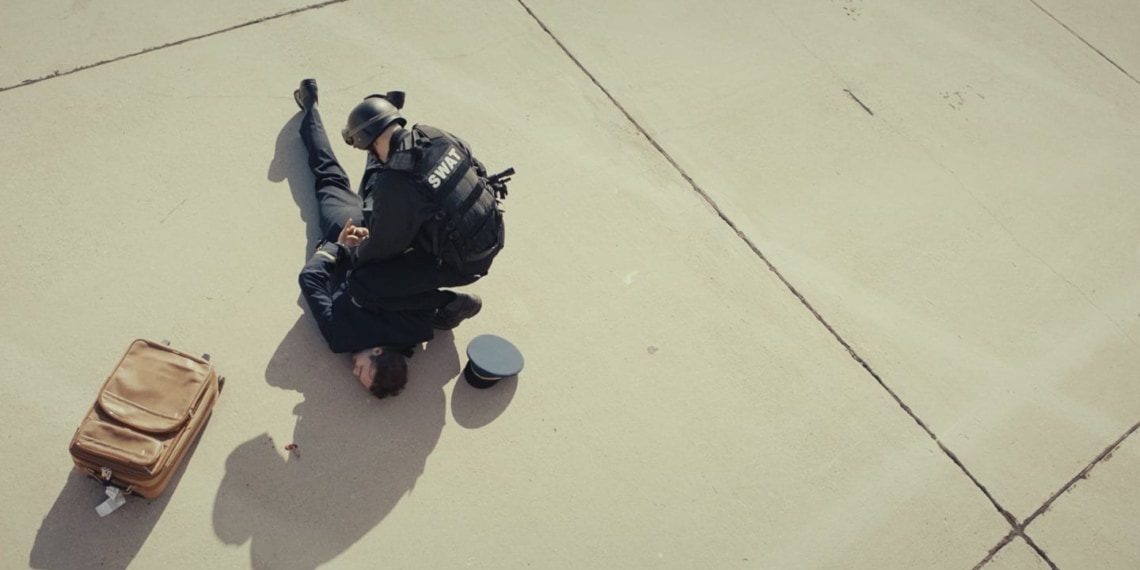 Boston-bred Joe Franek is a baggage handler at the Logan Airport. Belittled, berated, he is simply carrying the onus of an unfulfilled life, both professional and personal. But unbeknownst to all, including himself, his one choice is set to change the course of many passengers’ lives and make a mark in both aviation’s and America’s history.

Writer-director Abi Damaris Corbin is generous with her characters. Several precious minutes are spared for establishing the character of Mojean Aria’s Franek. We see the job he does, the manual labour that goes into it, the lack of respect it commands, perhaps even the snide remarks it invites and within it all, stays a man, who has his own world of unrequited dreams and aspirations — a fact that is hinted at in the chance happenings within an empty, unattended cockpit.

That airport staff often take advantage of their position is well-known, but when Franek does the same, we are torn between disparaging him and egging him on. The story picks pace only after Franek frisks a passenger’s bag and finds something in it that catches his eye. Just as he is about to gloat in private over his sleight of hand, the airport breaks into a bedlam and we learn of its source. The screens break into images of dismayed faces as the twin tower collapses like a pack of cards in the background — it’s 9/11. It’s from here that The Suitcase really picks rhythm, in terms of music and pacing.

Perhaps having too many characters as was warranted in a film like this can become a disadvantage for a short-length film, because it becomes incredibly difficult to get attached to any character in particular. We know of Franek’s daily struggle, but for it to hit us in the gut, it would have required more, not in terms of performance, but in terms of individual screen time. Nevertheless, Corbin and Aria make the most of the material — a true story, at that.

The film explores the dilemma Franek finds himself in. To turn to the authorities with the discovery he made while frisking a passenger’s bag could be detrimental to his career, certainly, but not doing so, would be more so for the countless on board. And as he fights his own internal dilemmas, he has to fight the authorities — a mounting troop of airline staff, superiors, FBI agents and more. A tad predictable with the music and cinematography, we brace ourselves for what Franek is about to do.

Films like The Suitcase are ideal for those interested in real-events, but not in the format of a documentary. And while it certainly has more than enough material for a feature-length, in its short duration, it leaves enough impact for the audience to know a part in recent history that certainly deserves to be told to one and many.