Tsunami Falls: Acceptance In The Face Of Inevitability 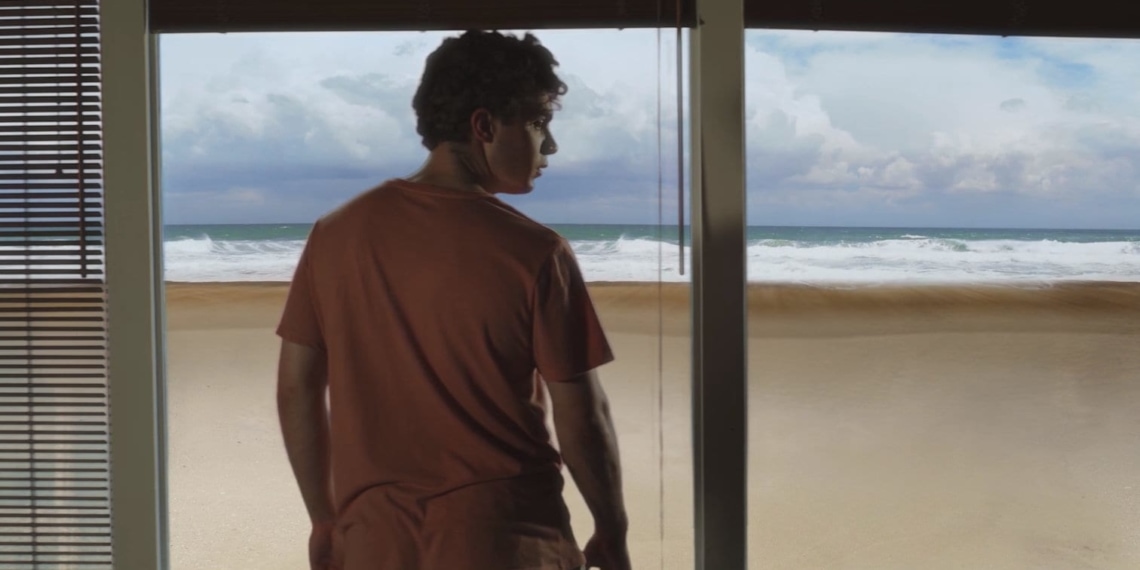 Tsunami Falls emphasizes the tragedy of its story by utilising the dichotomy between personal regret and a natural disaster. Indeed, flashbacks of a life dotted with unhappiness while a calamitous wave takes shape in the background is the recipe of panic-inducing, breathtaking spectacle.

And while the production values of Tsunami Falls are practically flawless, the story fails to make the viewer care for its subject. Certainly, its protagonist, Thomas (Josh Dohy) has had a rich life, filled with experiences both exhilarating and unfortunate, yet one does not quite care to have him as the subject of interest against the backdrop of a massive disaster. This mainly has to do with the style of storytelling: Thomas sees his life flash in front of his eyes, each major event (love and heartbreak as a teen and then an adult, loss of a parent, discovery and loss of a calling, etc) visited for mere moments before moving on to the next; they are important to him, but tired beats for viewers who have watched a plethora of human experiences unfold on screen, especially in the absence of meaningful dialogue that could have transformed these highlights into stories. Not that such a style has not been proven to work, but in this case, it, unfortunately, does not.

And yet, be it music, production design, editing or cinematography, Tsunami Falls is a treat to watch. The production design is the first aspect to stand out: Thomas’ bedroom has the look of a space that has been lived in for years, steadily collecting bits and pieces of its occupant’s personality. Editing holds the whole narrative together against dramatic, swelling music, the story flowing effortlessly throughout. Dohy himself is a great fit for his role, transitioning believably through the different stages of his adult life and an imagined old age.

The film, through these flashbacks and flashforwards, intends to be a meditative process, at the end of which Thomas might accept the inevitability that is rising up just outside his window. Perhaps it is the difference between acceptance and resignation, but Tsunami Falls manages to make that subtle distinction, and by doing so, makes its last moments meaningful.

Tsunami Falls: Acceptance In The Face Of Inevitability

Jack Parr On Amazon Prime’s Greenlight, What Drama School Taught Him, And Why He Doesn’t Prefer Improvisations

Jack Parr On Amazon Prime's Greenlight, What Drama School Taught Him, And Why He Doesn't Prefer Improvisations