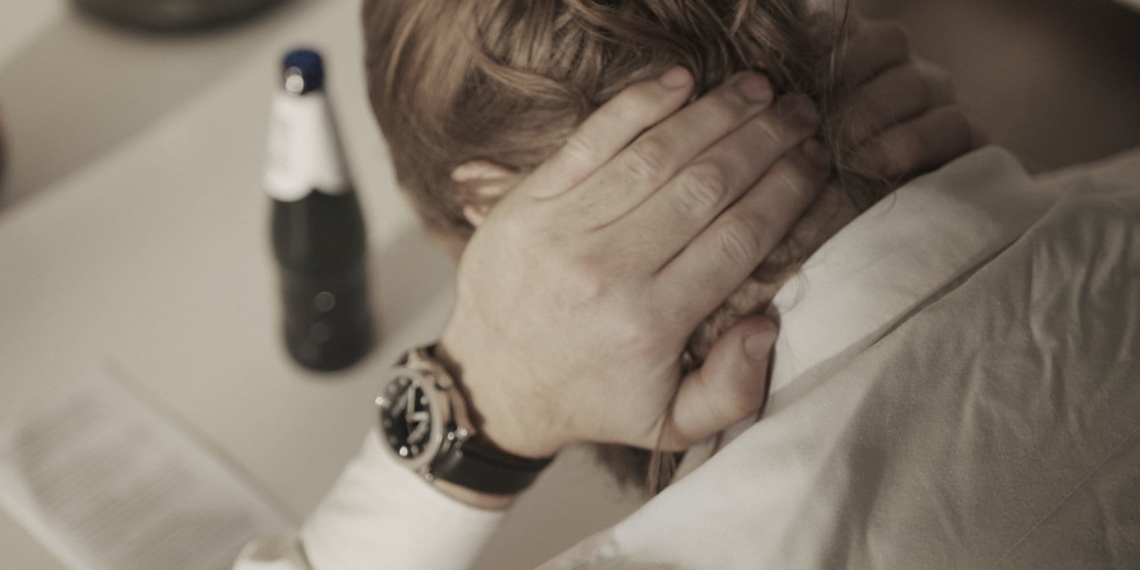 Writer-director Christian Søgaard in his 3:55-minute long film Pause offers an audio-visual storyline of what depression and restlessness feel like and what worked for one man who remained imprisoned by it.

The film opens to a back shot of our only actor involved – Espen Krøll, who plays John. We see him only through his actions. With no dialogues, it’s either the angst in his gestures or the forlorn look in his eyes that stages the premise. The monochrome setting also does wonders to set the mood. The minimalism staged in the set design only accentuating the emptiness in his life, John, on the outset, a seemingly content man is fighting his inner demons.

The music right from the opening scene is looming with the despair and stifling atmosphere that inhabits the protagonist’s mind. Krøll is a delight to watch. He lights up the screen in the second half as the story shifts from the grim indoors to the promise of the daylight. It’s interesting how through the right use of lights, pacing and choice in cinematography altering between handheld shots and otherwise, John’s life can be lived vicariously through the visuals.

To state again for emphasis, entirely devoid of dialogues, the film balances itself on the acting and direction – both; a good attempt at sending across a poignant message; that reflection warrants one to halt and Pause appreciates the benefits that come with it.