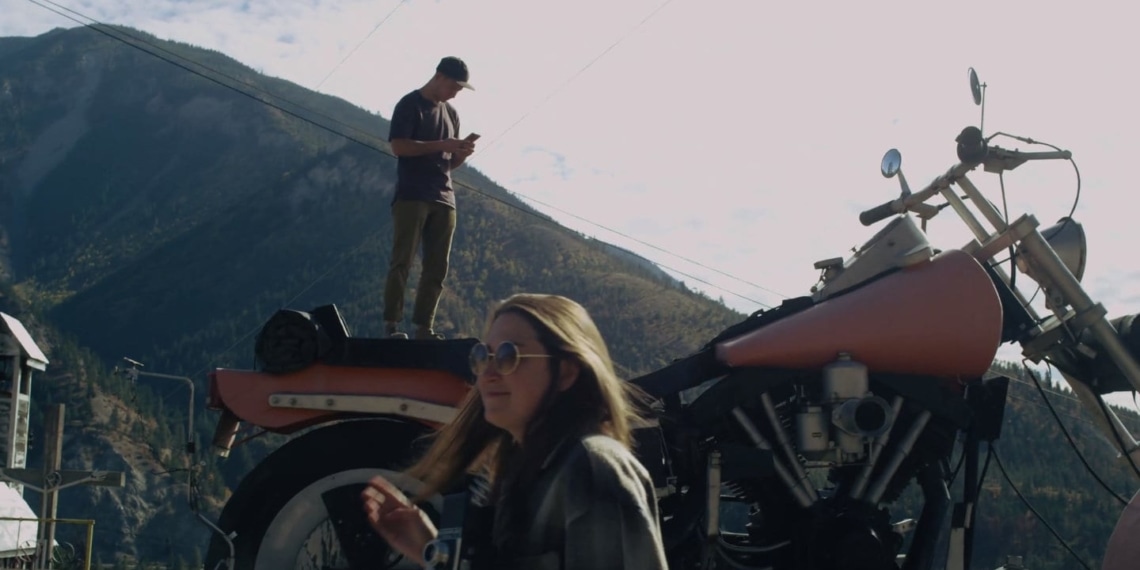 Writer-director Micah Henry and co-writer Cassidy Waring make a concerted effort to drive forward their 12-minute Biggest Things with dialogue, and to their credit, the dialogues do take the audience by surprise with its thoughtfulness. But Biggest Things remains, nonetheless, a mixed bag of ambitious ideas that work just as often as they don’t.

There are, for example, a number of charmingly lo-fi shots and just as many jarring high definition shots in high key lighting, creating a variable aesthetic that negatively interfere with the overall mood of the film. For its opening shot though, the film goes with a vaguely 90s to early 2000s Asian film aesthetic. This works, instantly pulling in the viewer while it introduces its protagonists, two artists, navigating social life among other artist friends, while their own careers flounder. The film follows them on a road trip to photograph the world’s biggest roadside attractions; sometimes it is a giant lawnmower, sometimes a motorcycle. A sequence of poetry wafts through the restless road trip, one of the film’s finer moments.

As for the dialogues themselves, the film proves its instinct for resonant, refreshing conversation in the first two minutes, even if its two characters, Margo (Waring) and Kip (Camilo Lopez), focus on little else beyond themselves. Their conversations frequently flare up into arguments within the space of twelve minutes, and just as unexpectedly resolve in a loving embrace. If doubts had persisted about the toxic nature of their relationship, the smashing of a guitar lays those firmly to rest, even when, once again, they end in quiet reconciliation. The surprise deescalations might affect viewers differently. On the one hand, the actors make it believable and even charming. On the other, it might be a little difficult to swallow rosily painted happy endings to toxic situations.

However inconsistently, Biggest Things pins down a sense of serenity amidst chaos and discontent, and even better capturing the headiness of youth, and messy relationships in the days of youth.

Jack Parr On Amazon Prime’s Greenlight, What Drama School Taught Him, And Why He Doesn’t Prefer Improvisations