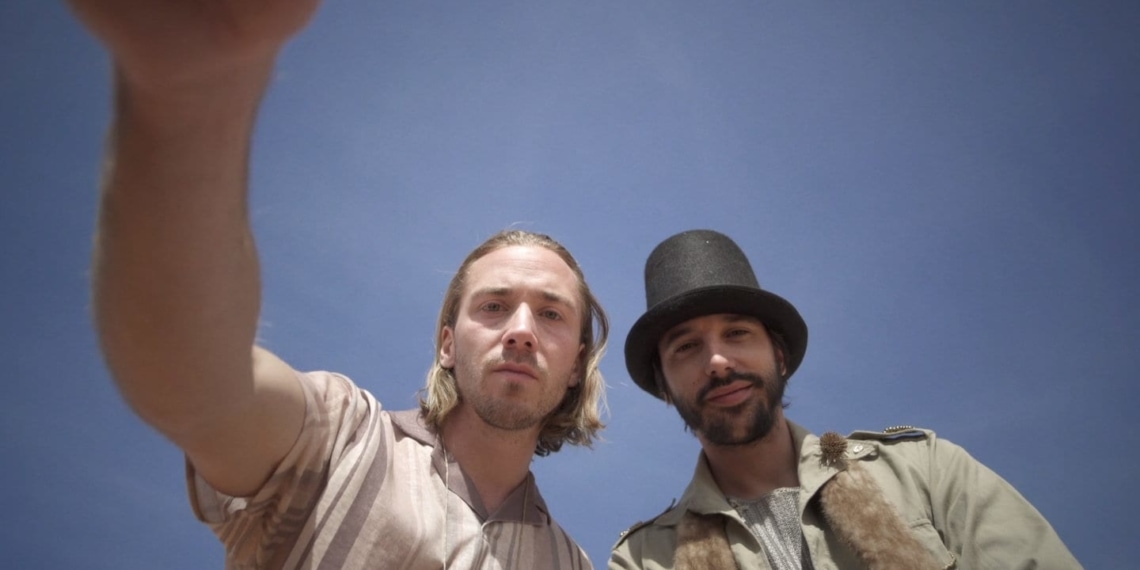 Eric J. Liddle’s second short Sunshine Periphery is in the same surrealist vein as his first, Mister Swolo. What distinguishes his second is the sheer magnitude it tackles, exploring a bewildering and as Liddle describes, fevered dream of a man at a crossroads in his life.

Two things stick out about Sunshine Periphery from the get-go. One, the brilliant colour scheme and two, its immersive sound design. In fact, it might not be a stretch to say a lot of the film’s charm hinges on its sound design and background score, really amplifying the fevered dream atmosphere. Jonny, played by Gabriel Tauber, who wakes up in the desert, surrounded by nothing but scraggly bushes and a door to nowhere, seemingly. The journey he unenthusiastically, involuntarily undertakes under the imposing guidance of Grim (Matthew Greenaway) and Kin (Lary Muller) is confounding, unnerving and ultimately, deeply spiritual (although this last stop takes some time to arrive at).

Kin is among a smattering of characters who make random appearances, like spectrals, while only she gets extended screentime besides Grim. Kin is of the kind sort, while Grim appears to be here for a good time, enjoying himself at Jonny’s expense, who is scared and confused for the majority of the plot. There is also a childlike submission in him to Kin and Grim’s lead.

The soundtrack includes the sound of the heartbeat, a ticking clock, the inescapable sense of time running out. Indeed, a pocket watch springs up often, a pesky but frightening presence, as though a reminder of something pending. As we watch Jonny repeatedly find himself back in the same surreal world with its inescapable blazing sunshine, we are brought to the realisation that it is himself that Jonny is avoiding seeing. In avoiding introspection, he is missing out on truly making life, and his life, his own.

As he finally finds acceptance in himself, Jonny begins to accept the strange world that he keeps finding himself in, in a vintage pocket watch, wine goblet, burning piano and all. The subsequent calmness that pervades the film, seeps into the viewer as well, who had so far accompanied Jonny in his struggle.