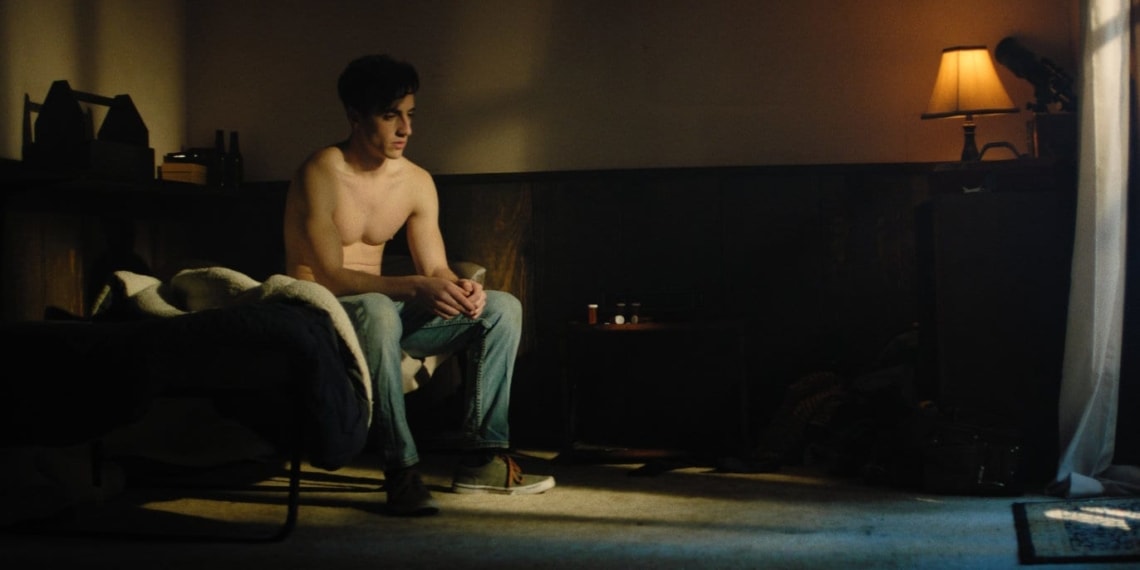 Evers Pund’s Remnants, through the metaphor of purgatory, delves into grief and the pain of nostalgia. To demonstrate, it examines a motherless boy, grown into a young man, haunted by his childhood and the mother he lost.

In the introduction, we see Milo (Cameron Eisner) stagger towards suicide, tormented by things we know nothing of yet. Remnants‘ colour scheme is hypnotising, especially its shots of the sea. The restlessness that pervades the film in its early shots transforms into naked pain as the viewer is allowed into Milo’s mind. Editing creates a smooth narrative even as it jaggedly stumbles deeper and deeper into Milo’s psyche.

Space and time transcended, Milo sees his mother (Sarah Parlow) die again, sees his younger self. Young Milo (Jack Heath), filled with anger, grapples with the pain he is ill-equipped to cope with. As we see the two stages of his life come face to face with each and have a chance to compare, it is not hard to see how that initial anger and grief grows into an all-consuming hate towards himself, enough to have wanted to kill himself. Eisner’s dexterity with the material results in a sincere performance that has no weak moments. Parlow is only briefly present, but Heath is surprisingly affecting.

Pund leaves the film with an open ending that works on both the textual and a metaphorical level. Textually, Milo may have moved on from purgatory, relieved of pain and sins. A more metaphorical interpretation may, however, view it as his catharsis, to have finally rid himself of the ghosts that haunt him, through excruciating introspection. The screenplay leaves room for further interpretations and analysis: the mark of a rich work.