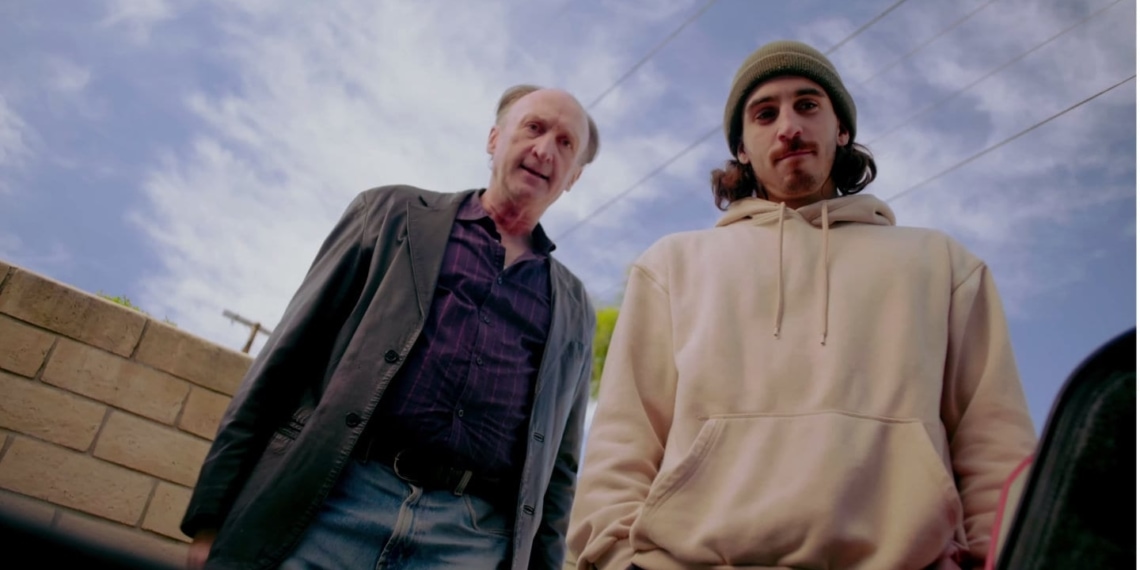 Nathaniel Upshaw’s comedy Dead Ringer is a bottle film, designed to be all the more tense and claustrophobic through its unchanging visuals: the camera never shifts position, maintaining its low angle, two-shot framing throughout.

The cast consists of an ageing mobster (Time Winters) and his rookie thug (Justin Avila), huddled over the trunk of a car, examining the results of Bobby’s latest (and perhaps one of his firsts) assignment. There’s a dead man in the trunk, the argument over whether or not he’s the guy rages on between the two in an initially hilarious, expletive-filled back and forth. Although Seth Wimmer’s screenplay carries comedic gold, it starts to wear out from repetition early enough that the film begins to drag until there’s a change in gear.

The cinematography works fairly well. Its colour scheme sets the film in the regular world, with regular people and real laws. This, in turn, makes the characters’ problem even more pressing. Not only do they have to deal with their own bosses, but there could also, easily be trouble with the police as well, especially when there is a question of mixed identities. Winters, although he displays enviable baritone, diction, and physical comedy, his delivery lacks sufficient punch in key moments, which contributes to the increasingly pale energy of the plot. Avila is good, and handles his character with a deceptive spontaneity.

The film redeems some of its comedic worth as the multiple puns in the title begin to show themselves, one of which involves calls on the dead man’s phone. The two twists near the end of the film are almost enough to acquit the film of any blame, though.