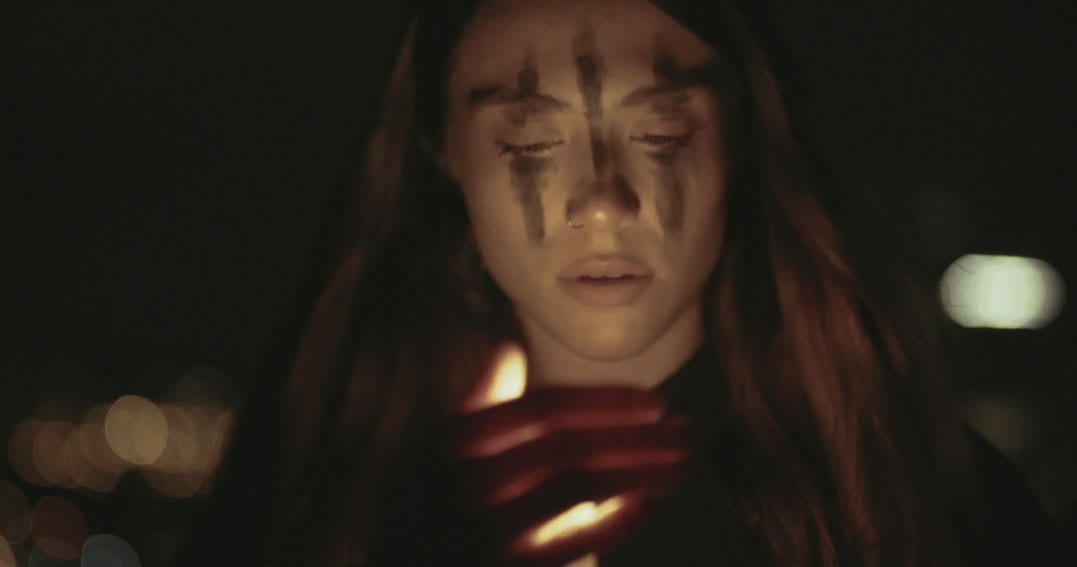 Inspired from a personal experience, Be Your Own Kind is a montage of sorts, an experimental short of 7:57 minutes in duration that brings together three strangers and their star-crossed destiny. That it leaves you clueless by the end of it with its open-ended segment is one thing, but with its honesty, it offers an effective enough vignette to writer Amir Zargara’s story.

Regardless of the film’s appeal and impact, what remains well-appreciated in Be Your Own Kind is Caroline Jayne Cleave’s music. The composition as is the film is distinct, disconnected and perplexing. We see it accompany, linger and abruptly leave the scenes as characters are introduced. Clea Morin plays the woman, the entrapped beauty. As cinematographers’ Kenneth Empeynado & Christian Lat’s lens closes up on her, Morin fills the frame. Her vacant eyes desperately seeking answers, reassuring empty promises as she walks out of one abusive relationship. There’s no denying that this would have been a hard guess to make as the relationship is barely explored, much less explained. Perhaps that was the intent of co-directors Christian Lat and Amir Zargara anyway; to make a puzzling story with its pieces best left for its audiences to fill.

When Mr. K makes the entry, Thobo Mathodi ensures that he remains almost otherworldly. He is vague, almost untouchable. What he does in the frame is the unbecoming of an otherwise carefully put together character – that of Morin’s. The film rarely devotes time to capture the chemistry between the characters, instead with montages of a mirror shattering, or the running of a stream and stillness of the nature it tries to convey a deep, philosophical rhetoric. While it is engaging, it may not necessarily be everyone’s cup of tea.

What works in favour of Be Your Own Kind is its music and lensing. Perhaps it is due to the dual influence of two directors, editors (Christian Lat and Will Smith) and cinematographers, the film feels more an ensemble of sorts than a free-flowing story of abuse and love as it claims. Regardless, with some scenic locations most likely of Ottawa in the frames, it’s a soothing visual treat, if nothing else.

Watch Be Your Own Kind Short Film